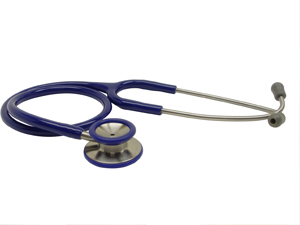 [1]Virtues empower folks to reliably, freely, and happily engage in truly noble acts by which they become even more virtuous than they already are.  Like a surgeon who has progressed into a surgical virtuoso — a fully flourishing surgical artist whose patients rightly trust with their lives and their limbs — clinicians of various stripes who spend time engaging in virtuous clinical acts progress ever more fully into ethical and moral clinical virtuosos.  But how does this play out in the daily grind of trying to figure out what to “do” in a given clinical case?

Those who regularly “do” clinical ethics are frequently more focused upon what “ought” to be done or not be done for and with individual patients or groups of patients than they are upon what kind of moral thinker and doer they are becoming via the practices in which they regularly engage.  Given the Hippocratic maxim “first, do no harm,” one can appreciate why such a focus exists.  For those who desire to make ethically-excellent decisions regarding what “ought” to be done or “ought” not be done within the many concrete clinical cases in which they find themselves, applying sound Catholic principles such as respect for autonomy and respect for life to specific bedside cases is very helpful to be sure.

If knowing what “ought” to be done or “ought” not to be done within individual cases or groups of cases comprised the totality of ethically-excellent clinical decision making and moral development, one would be correct to argue that sound principles specified within overarching normative frameworks would be sufficient for bioethics.  Virtues would be inconsequential for people to engage in fully excellent and ennobling clinical practice.  As such, ethically-sound clinical practice would be reduced to simply obeying the rules well within the framework without any further concern for further development in excellence on the part of the persons involved.  When virtue enters the mix, however, one can more fully appreciate the ennobling effect of ethically-excellent health care and/or clinical research practice upon each person involved.

As regards to “real-world” practice, veracity — the virtue by which one operates honestly — empowers the clinician to reliably and happily show respect for his or her patient’s autonomy.  He or she does this by giving the patient appropriately-fulsome information while attempting to gain the patient’s informed consent prior to doing a procedure such as a biopsy on a newly-discovered suspicious mass.  Tempered by prudence — the virtue by which one knows what best to do in “this” concrete situation — veracity does not cause the clinician to compromise sensitivity and sound timing in disclosing the almost-certainly distressing information that the procedure is called for in light of the potentially-malignant mass.  Additionally, in gaining the patient’s informed consent for the biopsy, the clinician, through careful timing and appropriate sensitivity, engages in a level of truth telling also buttressed by the virtue of courage given the possibility that, in spite of great effort, the patient may break down when the information is disclosed.

More than merely obeying the principle of “respect for autonomy,” the clinician is engaging in a very complex clinical encounter with a patient in need, a real person with fears and hopes.  When done so virtuously, the clinician progresses into an even-more-excellent clinical virtuoso than he or she already is.  That is to say, more than taking some mere algorithmic approach in seemingly blind obedience to a matrix of principles, clinicians, mindful of both sound principles and virtue, become clinical virtuosos who consistently relate to their patients in concrete ennobling fashion.

While rightly emphasizing just how important virtue is while engaged in such complex clinical encounters, one should be careful to avoid naively pitting virtue-informed reasoning against the use of principles.  Without respect for sound Catholic principles, ethical agents can erroneously rationalize acts that contravene human nature and/or human dignity as being “virtuous.”  The principles help keep us from running in the wrong direction. In the final analysis, virtues and sound principles together form the nexus which empowers ethical “thinkers” and “doers” to both “do” and “become” good within the concrete clinical contexts that comprise the narratives that are their lives.