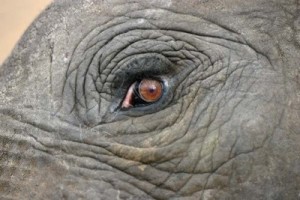 [1]The continuing dissent of the Catholic left from the fundamental tenets of the Catholic Church is not a news flash, and to be clear, the dissent did not start with the campaign leading up to the 2012 election. But the campaign and election did produce a clarification as many Catholic politicians, Catholic university professors, prominent lay persons, and even members of religious orders one after another during the campaign publicly announced their dissent from fundamental Catholic moral teaching and pledged to support a range of immoral conduct from abortion to euthanasia to same sex marriage, the dimensions of the problem came into focus. So much so that it is hard not to ask if the dissent is now so deep, and the estrangement so advanced that these people and the institutions which they control can be described any more as Catholic. More importantly, can they be brought back into the Catholic fold?

If you refuse to accord human beings in the womb human dignity and the right to live. If you no longer believe that marriage is a sacrament instituted by Jesus Christ for a man and a woman to come together in love and be instruments of Divine creation. If you hold that some human beings are no longer entitled to dignity and the protection of law if they do not meet your personal standards of quality of life. If you believe that contraception is not immoral. If you believe that sex between two men or two women is morally acceptable. If you do not believe that Jesus instituted the Sacrament of Holy Orders for men only. If you are a “post-Christian” Catholic and do not believe that Jesus Christ is the way, and the truth, and the life, and the Savior of the World. If the Sacred Liturgy is nothing more than social interaction. If you no longer believe that the Magisterium speaks the truth, and you think that you are free to attack that Magisterium in public discourse as evil or misguided or both. If you promote these errors in your schools, universities, and hospitals. If this is what you believe and think and do, then you are no longer Catholic.

For fifty years in this country the dissenters and accomodationists have traveled along the corridors of the Church without much serious interference from the hierarchy, living in a kind of parallel church or church within a church, with its own rules and answerable only to itself, all the while funded with money donated (in many cases) by misled and victimized faithful Catholics. Which is to say that we have something that is very close to a de facto schism.

Year by year the dissenters’ theology has moved farther and farther from Catholic orthodoxy, and with few exceptions no one has been calling them out. Unlike their dissenting cousins on the other end of the theological spectrum, the Lefebvrists, who left the Church in formal schism, the liberal dissenters have been clever and officially stayed inside the Church… and in control of their institutions and positions of power. Of course, this could only happen because the hierarchy has allowed it to happen, and in some instances even promoted it by placing dissenters and accomodationists in positions of influence in chancery offices and Catholic schools, and in the departments of the United States Catholic Conference itself.

In some cases entire institutions are in open defiance of Church teaching. It is, for example, hard to find a college or university “in the Jesuit tradition” which is in full union with the Church and which accepts and defends the Magisterium without condition. Indeed, there may be more colleges and universities which advertise themselves as Catholic, but which routinely defy and challenge the Magisterium than there are those who are faithful to it. Furthermore, there are religious orders or substantial segments of religious orders which for all intents and purposes have for decades lived a kind of separate existence from the Church that they have vowed to serve, creating their own liturgy and theology as they see fit, and answerable to no one, including the Holy See.  More than a few hospitals operating under the Catholic banner have publicly dissented on moral issues such as contraception, sterilization, and abortion, and exist in the same kind of unofficial separation.

Some bishops think that there is progress in bringing the dissenting universities back into the fold. A recent report of a committee of the USCCB reported on January 10, 2013 that “our institutions of Catholic higher education have made definite progress in advancing Catholic identity.”

One must hope, but evidence of substantial, even sincere, progress back to Rome is pretty slim indeed.

Many of the bishops think that the dissenters are growing older and dying out, and that the matter will be resolved by attrition.  That may be true, but I doubt it. They still control schools and universities where they are allowed to form young minds with their dissent. They have ready access to much of the secular media. They still have positions of power in the USCCB bureaucracy and in too many dioceses, and it appears that they will retain that control and power for the foreseeable future. Finally, there are powerful Catholic politicians and bureaucrats who number themselves among the dissenters and accomodationists, and who can use government and law to attack the Church when it does not go along with the leftist agenda, while at the same time defending and distributing favors to the the dissenters in exchange for political support. Witness the Obamacare mandate fight.

Acknowledged or not, we do have a deep, very deep division in the Church in the United States that looks a lot like a de facto schism. It is certainly the elephant in the sanctuary, and if the bishops do not act the scandal will be unabated. The elephant will continue to graze in the sanctuary, staying fat at the expense of the faithful whose good faith donations too often are misapplied to keep the dissenters’ institutions operating, their salaries paid, and their New Age and their leftwing political projects funded.

But the division and dissent will not go away, and at some point in the near future the bishops will be forced to admit that this level of dissent can no longer be tolerated, and to tell the dissenters that there is only one Church and one Magisterium. They will be required to tell Catholic universities and Catholic hospitals that the jig is up, and it is time to be truly Catholic or to become just another private secular institution. Those who teach theology at Catholic colleges and universities will finally be forced to have a mandatum from the local bishop to teach as Pope John Paul II required in his 1990 (!) Apostolic Constitution Ex corde Ecclesiae. Bishops will need to tell Catholic religious orders in unambiguous terms that there is no parallel, post-Christian church with its own teachings and liturgy, but rather only the One, Holy, Catholic, Apostolic Church, whose head is the pope of Rome, and if they cannot embrace this truth without condition they may no longer operate within any diocese in any Catholic entity or as an institution labeled Catholic. Finally, it will be necessary for the bishops to publicly and consistently confront Catholic politicians and other public officials who do not respond to private challenge, and tell them that if they persist in being complicit in public immorality and public scandal they will be separated from the fold.

It is entirely reasonable to assume that many of the dissenters who now do not believe in many of its basic tenets and place no value in the unity of the Church will choose to sever what little remaining bond they have with the Catholic Church. It is just as reasonable to expect that with the help of their supporters in the media they will present themselves and their institutions to our secularized society as the real church of Jesus Christ, persecuted by misogynist descendents of the inquisition and their apostate leader in Rome. That will be false and unfortunate, but not a justification to refuse to act.

Every age of the Church has had those who dissent, divide, and seek to corrupt its teachings. Our time is no different, but it is also true that when the Church does not timely and zealously protect the Truth which has been entrusted to it, the cost in souls, and sometimes in blood, is always higher.

There is an African saying that when one eats an elephant it is done one bite at a time. It really is time to start removing the schismatic elephant in the sanctuary, one piece at a time.