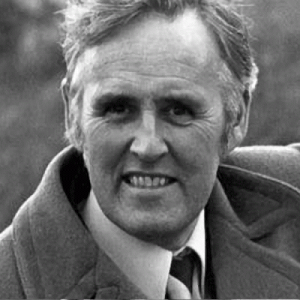 [1]Susie Fulton, bombshell girlfriend during my graduate school days, had a phrase which perfectly summarizes Tom Wolfe’s early journalism and late novel-writing: “Those of you who think you know what’s going on are really beginning to annoy those of us who do.” TW broke through fakery, excuse-making and hero-worship. American letters has lost a keen observer, ground-breaking writer and bold iconoclast. Would that his move into eternity raises up more thinking people to call out elite pomposity … pretentions of art crowds … agendas behind the political classes … the emptiness of today’s academia.
I came late to the TW party, but was enriched by finally reading four of his works.

In light of Anna’s graduation from high school last Saturday (earning a perfect 4.0, bedecked with honor chords, ranked seventh in her class), I Am Charlotte Simmons (2004) starts us off. Wolfe’s abundant research exposed an unwelcome state of affairs: that celebrated, high-ranked schools are but shams of their gothic architecture selves. Oh!

He dared to document the various tribes navigating college life: geeks, jocks, greeks, outcasts and the naïve who genuinely want to grow intellectually. Imagine that: going to an elite university to learn! Country girl Charlotte actually knows French / can’t wait to study various writers in the original under tutelage, only to find – sadly – English translations left unread by her fellows and vacuous literary theory flowing from her prof.

Worse, she’s chewed up by codependent fraternity-sorority dynamics. Even now I think of that chapter of collegiate sexual encounter with sorrow, knowing it will be lived out many-a-time on any number of hyped-up frat life social getaways this next fall.

Having lived in Atlanta just before A Man in Full (1998) burst on the scene, I can tell you the massive piece was almost pitch perfect; as Dickens understood London, TW got The Big Peach. Similarly, our Southern gentleman discerned the real Miami in Back to Blood (2012). Here’s why: As an outsider looking in, he was unafraid to find, then convey – trigger warning, left-of-center readers – paradigms. In spite of PC prohibitions to the contrary: the overly-wealthy white middle-aged businessman having lost his mojo … the young educated black man wishing to escape his tribe’s dysfunctions … the Latino man straddling multiple cultural worlds (family of origin, Anglo life and police code) … these and many other archetypes really exist. Reiteration: stereotypes reflect things as is.

And what stories TW wove by looking instead of overlooking! Rather than vanilla life fancied by some … or pathologies explained away / rationalized by the Left, Wolfe portrayed reality – whether we liked it or not. It was he who coined the now-trite phrase from Hooking Up (2000), to wit: Giving that boy the sensation of his life just now wasn’t sex. Oh no, we were only hooking up – no obligation, no relationship started, no big deal. Really, dude, we’re not dating or anything, we, like, uh hooked up, ya know?

I met Mr. Wolfe at a Charlotte Mecklenburg Library fund-raiser some years ago to hear him lecture, after which hundreds of do-gooders and literary types shared a fine evening meal together in our Queen City’s famed indoor garden (between B of A and the Ritz).

A lowlight of the evening was each benefactor being asked to sign kiddy books that would – the very next day – grace various branch shelves. See how young readers tangibly benefit from your largess, donors? Oh, what tripe … what utter nonsense … what blather marked these excessively-illustrated works of PC socialist indoctrination.

This irony was not lost on me. Here we had the embodiment of New Journalism in our midst, on the one hand, and yet his presence – practically speaking – was to fluff the self-esteem of givers / to further promote noxious commonplaces which his life work – through carefully-crafted critique, fine first-hand reporting – utterly, utterly repudiated.

Nevertheless, a grace note on the personal side: TW did appear in his trademark suit and – how cool – gave autographs that sought to be three dimensional. He would draw a small spiral, then write his name in such a way that it appeared to float above it.

Alas, I see far too many copies of A Man in Full and I Am Charlotte Simmons in consignment shops or used book stores. They are almost always unmarked, signaling unread. Methinks Wolfe was ignored for saying what people didn’t want to hear. When one is ready to wake up and smell the coffee about our culture, she may dive into his landmark oeuvre. To read TW is to be forcefully enlightened and delightfully exhausted.