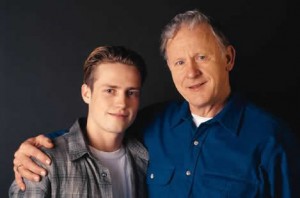 [1]To: Marybeth
From: Preteen Parent

How do I survive a moody 12-year-old daughter without damaging our relationship (or killing her)? I find it very hard to allow her the power to ruin a family event, even a meal, with her gloom. Some days she is a pure delight (engaged, happy, articulate, intelligent) and the next day she is silent, sullen and distant. It is taking a lot for me not to respond negatively to it. Help!

Ah, hormones. Clearly, your daughter has entered adolescence with all of its attending angst and agita. According to specialists, this process may go on until she is somewhere north of 23. But don’t despair. These will be the most dramatic 10 years of your life. [Insert eye roll here.]

Thanks to a strange cultural shift in our expectations about our children, too many parents set themselves up for an unpleasant experience with tweens and teenagers, and sure enough, they get it.

Here’s what I mean: As my eldest daughter approached 13, I heard lots of warnings from friends like, “You’ll never know how dumb you are until you have a teenager.” Others cautioned me to put on my emotional armor because teens say cruel and insensitive things. The assumption: Rude is just “what tweens and teenagers do.”

Even parenting specialists promote this notion, asserting that the process of “individuation” (a fancy word for “growing up”) requires rebellion.

Growing up ought to reveal greater maturity, the ability to focus attention outwardly, and the capacity to control emotions and cope with challenges, not a second round of the “terrible twos.”

A truism about children’s behavior is: Kids tend to meet our expectations. If, as they enter adolescence, we expect them to get cranky, rude, disrespectful and disinterested in their relationships with us, they’re likely to live up to that (low) standard of behavior. Worse, we’re unlikely to demand anything better from them.

On the other hand, if we hold that bar up just a bit and let our children know that we have higher expectations for their behavior even during their hormonally charged adolescent years we send the message, “I understand you’re growing and trying to figure things out, but I have confidence that you can behave in a way that I find acceptable and you can be proud of.”

If we approach our children’s adolescent years with a positive attitude and some clear guidelines, I guarantee this can be one of the most enjoyable seasons of parenting.

Despite those admonitions from more experienced parents and parenting specialists, I have always optimistically believed that my children and I could chart a different course. Sure enough, we’ve busted the myth that all children are destined to become “Attila the Teen.”

Decide the “rude is normal” standard is unacceptable and communicate it to your daughter. How? Simply tell her, “Rude is not normal. It’s just rude.” Declare that you two aren’t going to settle for less than the best you can be.

When she slips up, give your daughter the chance to regroup. At our house, a Steve Martin-esque “Excuuuuuse me?” sends the message that we’d like a change in attitude, reflected in a more respectful tone of voice. If she’s not capable of regrouping, let her know you’ll be available to talk further when she’s able to be more respectful. (Never engage with an overemotional tween!)

Reward maturity and respect. Thank her for being different from the “norm” and demonstrating courtesy.

Whatever you do, don’t make jokes or roll your eyes with other parents about the rough and tough teenage years. That’s the permission slip to drop the bar and deliver the typical, tyrannical teenage tirade (say that three times fast). Instead, when parents make cracks about how miserable their teens are, smile sweetly and say, “Not at our house, we’re having a blast!”

Getting through adolescence can be a struggle. But if you expect the best from your tweens and teens, you’ll usually get it.