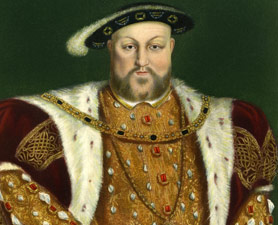 [1]This is the first of six articles relating the writer’s journey into the bosom of the one, holy, catholic, and apostolic Church. Having succumbed to spiritual desolation following the rejection of his Adventist heritage, the young seeker investigates various Christian traditions, hoping to discover the Truth.

In my first steps back towards Christ, with the lingering sourness of my Seventh-Day Adventist upbringing still in my mind, I immediately began to investigate Catholicism.  But, much to my alarm, it did seem all rather heavy in a sense: the richness of its piety and devotional practices was almost too much, and it seemed to be a faith that completely integrated itself into the life of the faithful.  Everything was presented undiluted, and in full force, and nothing left to sort of float around in a pond of middle ground.

It was this sense of fullness that actually drew me briefly to investigate the Anglican Church for a little time.  Presenting itself as a via media between Catholicism and Protestantism, it seemed to, at first glance, have a little of everything to offer a prospective Christian (and at this point, I do wish to acknowledge how very much this might all sound simply like shallow church-shopping – maybe at this point it was a little, but I was very serious in my intent).  The “smells and bells” were still present, just a little less pronounced.  The images of Jesus were still traditional and pious, but the graphic images of the Passion were either toned down or not focused on, but more stained glass depicting Christ as anything but suffering were presented.  The idea, too, of Anglicanism encompassing the best of both worlds of Protestantism and Catholicism was also inviting, and their stance on the really tough moral issues was much more lax and seemingly tolerant than was the Catholic Church’s.  In short, it presented an easier climb than the Hill Difficulty of Catholicism.

But this is precisely where I find my reasons why I did not become an Anglican.  Firstly, “if a house be divided against itself, that house cannot stand.” (Mark 3:25).  And yet the Anglican Communion is one of the most infamously divided denominations within all of Christianity.  Within its walls, we find low-church, broad-church, and high-church adherents.  We find Protestantism almost akin to the Reformed tradition denying the Real Presence in the Eucharist, and yet there are also Anglo-Catholics who believe quite the opposite.

In other words, the Anglican Church is so ambiguous on what it stands for as a communion in terms of doctrine that there is no way to even tell what Anglicans actually profess to believe.  Though the Book of Common Prayer expressly speaks out against “Romish doctrines”, we see Anglo-Catholics holding to those very things, for example.  In a sense, it seems to me to be a classic case of trying to please two sides, and ending up as a sinking ship.  We have only to look in the news to see the more liberal wing of Anglicanism remaining on board, whilst high-church Anglicans and Anglo-Catholics are leaving en masse to join the Catholic Church.

Therefore, even though the Anglican Church offered a broader, easier, and more “neither here nor there” approach, it seemed my only option was either to fully embrace a denomination that was completely Protestant, or the Catholic Church.  At this point, the Eastern Orthodox had not even crept into my view.

So, a brief set of points as to why I did not and do not embrace Anglicanism:

Of course, this is not to say that Anglicanism is all negative.

However, I simply could not and cannot ignore the roots of Anglicanism in a historical sense, nor do I agree with their lack of firm doctrinal stances.  Though it presents a broader path, and one with less thorns, I found that I could not join the Anglican Church, and began to re-consider Catholicism.