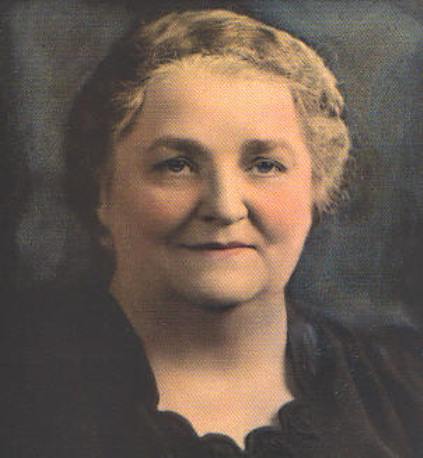 For sports fans and road trippers a visit to Canton Ohio is sure to feature a stop in the Pro Football Hall of Fame, where much-loved teams are enshrined for their Super Bowl wins and their grid-iron greats.  Just an hour’s drive southeast of Cleveland, Canton also boasts one of the largest US Presidential tombs on the grounds of the William McKinley Library and Museum.  But apart from these unique destinations, a Canton shrine of a very different sort is attracting attention and visitors these days for its remarkable story, and for the holy witness of its former resident, mystic and stigmatic, Rhoda Wise.

Set in a working class neighborhood on the outskirts of downtown Canton, the Rhoda Wise “Miracle House” at 2337 25th Street NE, is a tiny, vinyl-sided ranch in a residential area of similar, nondescript dwellings.  Across the road is a Habitat for Humanity house.  Near the four-way intersection at the end of the block sit a hair salon and a barber shop.  The house has no sign or marker attached, and most drivers likely pass by without so much as a turn of the head, unaware of the shrine or its amazing history. 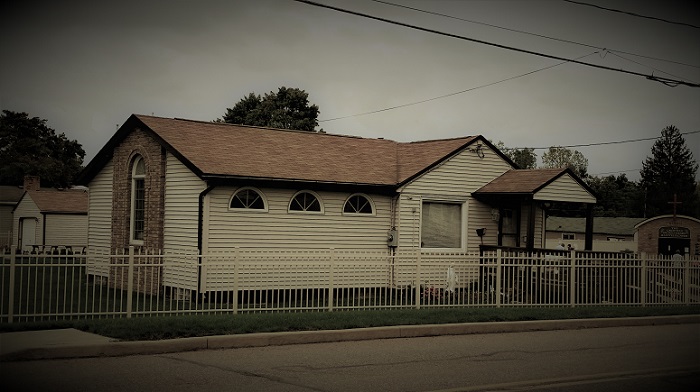 Yet what occurred in this house in the early half of the 20th century is remarkable, and has prompted the Church to begin formal investigation for the cause for Rhoda’s sainthood.  On October 7th, that process began with a Mass in Canton’s St. Peter’s Church, the parish where Rhoda and her family worshiped.  Prior to this the Diocese of Youngstown had officially endorsed the shrine as an acceptable destination for the faithful.  In May, Youngstown Bishop George V. Murry accorded the Apostolate that promotes the site as a Private Association of the Christian Faithful, within the guidelines of canon law.

The extraordinary story of Rhoda Wise and her family’s “Miracle House” recounts her apparitions of Jesus and of St. Therese of Lisieux, beginning in 1939 and continuing intermittently until her death in 1948.  Miraculous healings occurred at the house, including one in 1943 when Rhoda counseled 19-year old Canton resident Rita Rizzo to pray a novena to alleviate a painful stomach ailment.  Young Rita proceeded as instructed and was soon cured.  Rita later entered a Franciscan order of nuns, and in time came to be known as Mother Angelica of EWTN broadcasting fame.

Rhoda herself was inexplicably healed of two serious medical ailments during apparitions of St. Therese.  The first was the sudden closure of a festering surgical wound that had persisted long after removal of a 39-pound intestinal tumor.  The direct and instant healing of Rhoda’s broken ankle came a few months later.  Of the many medically unexplainable healings and manifestations that she experienced, Rhoda claimed the most amazing miracle which occurred was her husband George’s abrupt end to drinking after years of chronic alcoholism.

Once free of chronic medical maladies, Rhoda herself next suffered the physical wounds of the stigmata, including the bleeding from her head as from a thorny crown.  Along with hand marks, the wounds appeared first in 1944 as visible, physical manifestations.  The great public attention and occasional derision that Rhoda experienced overwhelmed her sensitive disposition.  Two years later, in 1946, the marks of the stigmata disappeared.  Although this offered some relief from the social demands on Rhoda, the pain associated with the wounds continued to afflict her until death.

Artifacts in the house include photos of Rhoda with the stigmata wounds, along with blood-stained garments and bed clothes.  A glass enclosure displays a split plaster leg cast that Rhoda wore to correct the severe and prolonged ankle injury she suffered after the abdominal healing.  The twisted ankle would not set correctly, despite the cast and Rhoda’s diligent convalescence.  The painful joint was becoming permanently misshapen and seemed beyond hope of improvement.

According to Rhoda’s account, during one particularly painful and plea-filled night of prayer and unrest, St. Therese appeared to her and charged her to “stand up and walk.”   At that moment, the cast suddenly burst apart and fell from Rhoda’s leg.  The saint then instructed Rhoda to “go to church now,” which she dutifully did that very day.  It happened to be the feast of the Assumption, August 15, 1939, and amazingly was to be Rhoda’s first time ever hearing a Catholic Mass.

The most remarkable events were Rhoda’s visions of Jesus.  In Her Name Means Rose, author and director of the shrine, Karen Sigler, recounts the supernatural experiences of Rhoda’s many visions and conversations with Jesus.  These occurred over several years’ time, always during the late night or early morning hours.  On those occasions, it was remarked that an extraordinary light could be seen emanating from the windows of the Wise house.

According to Rhoda, when Jesus came to her he sometimes sat in the small spindled kitchen chair that was at her bedside.  The “Jesus chair,” as it came to be known, remains in the house today.   At some point this ordinary, wooden chair was painted a muted gold color to mark its divine usage.  The chair remains positioned in the corner of the altar room in the house, inviting pilgrims to sit and offer prayers.

Visitors to the shrine may also pray in the small, candlelit grotto that sits in a corner of the property, detached from the house.  The grotto was commissioned by Our Lord himself during a visit and conversation with Rhoda.  According to her recounting, Jesus promised that “cures more wonderful than your own will take place on this spot.”  The grotto remains open to visitors each day from morning to dusk.

Official documents from the Youngstown Diocese are available on the website of the Apostolate, RhodaWise.com [1].  It’s not for the pilgrim to approve or deny the extraordinary occurrences documented, but to be obedient to the Church’s wisdom and interpretation of the events – yet a visit to this remarkable place will speak for itself.