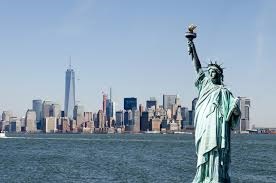 At the homily during a recent Sunday Mass, in a parish which I attended some years ago, the priest was in high dudgeon, almost hysterical about the actions of the current president in the enforcement of federal immigration laws. Quoting the Protestant minister Dietrich Bonheoffer and Jesuit priest Alfred Delp, both murdered by the Nazis in 1945 for speaking out against the regime, he assured us that our current time is “very similar” to then. The gist of the priest’s message was that anyone who might not accept the idea of open borders and full citizenship for illegal aliens, but rather insist that U.S. immigration laws be enforced, may well be a collaborator in a 21st century resurrection of National Socialism. And that priest is apparently not alone, judging from various press reports of priests and bishops as well as Protestant and Jewish clergy around the nation who expressed some form of righteous indignation about the government’s enforcement.

Agreed: we Catholics and our non-Catholic fellow Americans need to reasonably address the matter of immigration. But this is not 1940s Nazi Germany.

Further, most Catholics whom I know take seriously the biblical admonition to treat the alien, legal or illegal, with charity and dignity. However, that charity and dignity does not, as a matter of moral duty, require permanent residency for the illegal, and certainly not citizenship. According to polling, most Catholics are in favor of robust legal immigration. But they also retain an expectation that licit immigration laws will be enforced, and that American citizenship will not be so devalued that anyone at anytime for any reason can willfully cross the border illegally, and then unilaterally assert a legally enforceable right to live here, and vote in our elections. To hold this expectation is not a violation of Catholic morality. To hold the opposite is ludicrous, and dangerous.

Indeed, I wonder if the clerical uproar over immigration enforcement may be as much the expression of personal political agenda as moral lesson. The homilist at that Sunday Mass apparently could not only not even imagine that there might be a reasonable, even moral, position other than his extreme no borders, no questions asked position, but beyond that he was simply just angry. (Certainly he made no offer to “accompany” the supporters of borders and enforcement of immigration laws to his supposedly more morally enlightened viewpoint.)

The United States has a long history of very generous immigration, albeit with periods less generous and more hostile to outsiders than others. We also have a long history of immigration laws passed to provide an orderly process for the millions who seek to legally come to our great nation. In short, relative to the rest of the world Americans, while not perfect, are not historically or presently mean and stingy about immigration, and have created reasonable structures and rules for reasonable immigration.

Moreover, while American immigration laws need continuing review and revision to adjust to changing conditions, there is no justification for gross non-enforcement. But that was the homilist’s position, and that of most of the secular left, while drowning in identity politics. To them, immigration law is viewed as no law at all, but rather an aggression against one of the left’s current many victim groups. To hold a position contrary to their position is condemned as un-American, unjust, and beyond the pale.

The jolting truth is that all Americans, especially Catholics, have far more to fear from the secular progressives and their destructive agenda than from a president who wants to enforce current immigration laws. This is the same president, along with his vice-president and most of his cabinet, who is making some attempt to reduce the size of a monstrous central government which, as we have seen time and again, is no friend of religious freedom. Not least, the same president and his vice president are also making some attempt to protect the unborn: 55+ million of whom in this country have been killed in the womb since 1973. That in itself is an improvement over the status quo.

For decades the courts and unaccountable bureaucracies, in perfect harmony with academia, the media, the entertainment industry, and now much of corporate America, have moved to destroy the Judeo-Christian underpinnings of our society on grounds that it is inimical to individual freedom. At the same time they have been working hard to marginalize people of faith and kill off any religion that is not compliant with the secular progressive political agenda. News flash: They are the totalitarians we ought to really worry about, and at least occasionally maybe even be warned about from at least a few Catholic pulpits.

Indeed, the new totalitarians of the secular left are hauntingly familiar to those who remember history before 1989. In his book, The Demon in Democracy, Ryszard Legutko observes that the goals and tactics of the secular progressives (what he calls liberal democrats) are not at all that different from the old communist totalitarian regimes.

Lugutko, who lived in communist Poland, recalls that everything in the socialist society became ideological. Nothing was permitted but the party line. Reality and normal discourse, on which a healthy society exists, was not possible. “In order to be able to give a fairly accurate description of reality, one has to be somehow detached from it, and it is precisely this condition that the ideology invalidated by transforming the majority of people, whether they agreed or not, into participants in the war it itself created. Practically everyone felt coerced not only to take the right side, but to reassert his partisanship by surrendering to all the necessary language rituals without any critical thought or disarming doubt. The person accused of a reactionary attitude under communism could not effectively defend himself because once the accusation was made it disallowed any objection.”

He notes the similarity with the secular progressives of 2017 America. “The characteristic feature of both societies, communist and liberal democratic, was that a lot of things simply could not be discussed because they were unquestionably bad or unquestionably good. Discussing them was tantamount to casting doubts on something whose value had been unequivocally determined. Under communism one could not discuss…the leading role of the Party because such a rule was indubitable.” He goes on: “In a liberal democracy, the degree of freedom is much larger, but even so it seems to be shrinking at a frightening speed. Some concepts are so value-loaded that they permit no discussion, only unconditional praise or equally unconditional condemnation: tolerance, democracy, homophobia, dialogue, hate speech, sexism, pluralism. They therefore serve as a stick to beat those who are not docile enough, or the ultimate form of laudation.”

As an example, Lugutko observes that “[t]oday“, when someone is accused of homophobia, the mere fact of accusation allows no effective reply. To defend oneself by saying that homosexual and heterosexual unions are not equal, even if supported by most persuasive arguments, only confirms the charge of homophobia.”

One must add open border immigration to the list. The homilist, who so intently warned about the neo-Nazis among us, would likely not even allow the mention of the idea of a secure border (other than the door to his rectory). No discussion is allowed. The open border supporters and other immigration extremists, like those extremists who support a massive federal government with unlimited checks and balances, limitless abortion on demand, same sex marriage, and denial of biological gender, have “the” truth. Any dissent is deemed immoral and reactionary.

The disturbing fact is that many of the open border crowd in the Church, now so frothed up and politically agitated, seem to be, albeit with some outstanding exceptions, quite comfortable with the secular progressive agenda of which the extremism of open borders is not an insubstantial part. The rights of the unborn, the protection of actual matrimony and families, and, not least, the fundamental notion of objective moral law are decidedly not part of that agenda of the left. Perhaps that explains the ease with which many preachers wield the immigration issue like a cudgel, all the while with thunderous silence on non-negotiable moral issues such as abortion, euthanasia, and marriage. To this day I have yet to hear a condemnation of the Supreme Court decision upholding the phony notion of same sex marriage from the pulpit of my own parish church. I did not once hear any comments on the existential threats to our religious freedom that came almost daily from the Obama administration. Friends and colleagues across the country give the same dismal report.

In sum, we all need to be challenged to live more charitably with one another, native born or immigrant. But immigration is a complex matter, requiring serious discussion and consideration, and not histrionic harangues, conjuring up imaginary Nazi intrigue, and accusing a great part of the American population of being immoral nativists. Nor are we wise to dismiss the deadly intentions and goals of the secular progressives, the true enemies of the truth and the free exercise of our religious beliefs.

Consider some final comments, from the same Fr. Alrred Delp quoted by the homilist. In his book Advent of The Heart, Delp comments on the futility of modern man’s ahistorical hubris and nihilism, comments that apply to the secular progressives of our time:

History is not the ultimate thing, but the Ultimate can be seen only in the context of history. Otherwise life revolves around an idol that deceives, an idol with which we deceive ourselves and seek cheap consolation… In the end, questions remain and the answers are lacking…[M]an keeps thinking up new categories he wants to impose upon reality: categories of reason, emotion, sense, or nonsense. He attempts with skepticism, or with heroic pessimism, with progressus infinitus, or with Faustian ambitions. Finally, he must either resign himself or invent a new category to distract him for a brief moment from the seriousness of his situation and the relentlessness of the unresolved questions.

That would be a fine thing to hear from the pulpit!