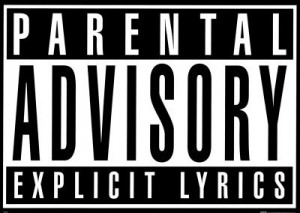 [1]If you’re concerned that the lyrics being piped into your children’s headphones are inappropriate — or even dangerous — you’re right.

From: A Sing-along mom

What’s up with obscene and violent lyrics in pop music? Our kids have mentioned songs that their friends are downloading, and when we do a lyric check to see if these are appropriate songs, my husband and I are shocked by the obscene and violent lyrics. Our kids are fine about listening to appropriate songs, but their friends are listening to really nasty songs. “Clean” lyrics are on the radio, but kids download the songs with “explicit” lyrics for their iPods. Now I’m really concerned what my kids are hearing when they go over to their friends’ houses. How do we handle dealing with friends or other parents about this issue?

This question reminds me of an incident several years ago when one of my daughters attended a middle school birthday party where the host parents had hired a disc jockey. When I came to pick Betsy up from the party, she had taken cover in the bathroom rather than listen to rapper Nelly’s song “Hot in Herre,” the chorus of which is: “It’s getting hot in here/ So take off all your clothes/ I am gettin so hot, I wanna take my clothes off.”

I applaud your conscientious parenting. Most parents don’t even know what’s on their children’s iPod, much less take the time to visit sites to figure out what their children’s favorite songs actually say. (Of course, you sometimes have to hit urbandictionary.com to figure out what the words mean.) There’s nothing quite like reading pop lyrics for a quick jolt to your sensibilities.

The question for a lot of folks is, does it really matter? Many parents believe that today’s shocking lyrics reflect the same sort of teenage rebellion as the songs of Elvis Presley in the ‘50s. They assume every generation attempts to push the envelope of propriety through its music, and the current crop of musicians are no different than those who came before them.

If you think this, you’d be wrong.

As far back as 1996, the American Academy of Pediatrics encouraged parents to take an active role in monitoring the music purchases of their children because the influence of song lyrics already was perceived to be negative in terms of sexual behavior, substance abuse and violence. That’s before they actually gathered data to prove the point.

By 2009, based on evidence that lyrics do, in fact, impact adolescent and teen behavior, the academy strongly urged parents to safeguard children against the influence of lyrics as well as music videos, as if we needed more evidence that MTV is wrecking civilization, not to mention another generation of young people.

You are the Academy’s dream parents, since you’re doing exactly what they recommend. But as usual, the enemies of your child are the parents of his friends. In other words, despite your best efforts to protect your child from some of what’s out there, he’s likely to encounter the popular culture through music, movies, TV shows and websites at the homes of his friends that you would certainly not allow in your home.

When it happens, your teachable moment gives you the chance to discuss the reasons why you object to such content, and, more importantly, the strategies your child can use to reflect your values in the larger world. Strategies such as “I hate this song!” and other useful phrases he can use when confronted with something offensive.

The key for you is communication with your children. If you want the chance to instill your values, you have to make it okay for them to talk to you about the things they see and hear when they’re out in the world. Remember that innocence and ignorance are not the same things. Your children will be exposed to things that aren’t wholesome or appropriate, but putting those things in the context of your values will preserve their innocence and strengthen their character. Ultimately, that’s what matters most.