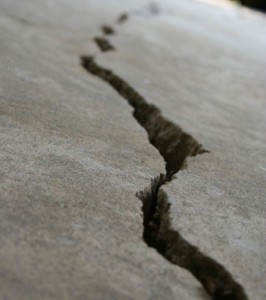 [1]What do half-a-dozen major sex crimes in America have in common? According to a new documentary by Family Watch International (FWI), they often start with pornography.

Family Watch has “consultative status” with the United Nations, and Slater believes their role there can help “to bring worldwide awareness of how pornography is a root cause for many of these problems and to bring the fight to stop pornography to the United Nations, enlisting Member States at the global level to stop this scourge.”

The harm of pornography to families is devastating, says Slater. “Young children who have access to technology are being exposed to pornography, and their immature brains are not equipped to handle these images. It only takes a fraction of a second for explicit images to be permanently imprinted on the brain.” Slater says that “the majority of these images give an unrealistic distorted view of sex, most often depicting the demeaning of and violence against women.”

David Wright, a licensed professional counselor for married couples, says in the film that “90 percent of the people I see with marriage issues have pornography issues as well.”

Chemicals play a role. In the film, a certified sex addiction therapist, Everett Bailey, Ph.D., said “one transmitter is dopamine. And that’s … part of our pleasure and reward system” in our brains. “Dopamine is released whenever there is a sexual experience, and something that gives us a kind of a high in order for us to want to continue to seek out that same activity,” he says.

Slater says pornography has landed “children … in jail for trying to act out what they have seen on other children (as reported in a study done in the U.K.) as pornography viewing escalates as the brain craves newer and more extreme stimuli.” Last year, a 13-year old boy pled guilty [3] to rape, attempted rape, and sexual assault of a girl he had committed crimes against. The boy, who was 10 at the time of the attacks — the girl was eight — was addicted to pornography at the age of nine.

According to Slater, watching pornography is not simply a matter of self-discipline. “Many of the people we interviewed report not being able to control their viewing, regardless of the consequences to them or their families. Children can have secret addictions that they carry well into adulthood that negatively impacts their ability to do well in school or at work and that negatively impacts their attitudes towards girls, and later toward their spouses, and even their ability to function sexually with real people.”

“These are all serious problems and the root cause can be pornography,” she says. And while Slater is careful to note that “many people who view pornography do not have serious addictions that lead to committing sexual crimes,” pornography is almost always part of the equation for the majority of people who commit serious sexual crimes against women and children.”

Wright says that “pornography leads to the denigration and the demeaning of women.” He describes pornography as treating women “as subservient; their only job is to serve men as a slave, or as a sexual toy, or as a prostitute.”

Likewise, Janice Shaw Crouse, Ph.D., says in the documentary that people in the United States are ignorant about the real harms of pornography against women. “They have absolutely no comprehension of the degrading aspect of so much of today’s pornography.”

Slater says it’s important to bring this video to the UN. “We believe as more and more people understand the inextricable link between pornography, sexual crimes, prostitution and trafficking, and the devastating impact of pornography on the brain and thus the lives of children, we can organize world governments to take on the sex industry.” Slater’s stated goal is “to stamp out this scourge that is destroying our families and thus society.” Her organization aims “to show this film at the United Nations, and to organize a First Ladies Summit to Combat Pornography.”

A number of UN diplomats have already seen the film, says Slater.

“Knowledge is power,” says Daniel, a former pornography addict. “I firmly believe that, especially with this addiction.”