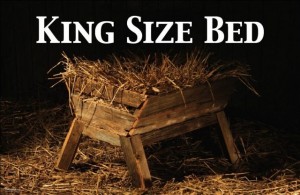 [1]A tiny heart beat steadily within the baby boy’s mother. The blood circulating through that tiny heart would save us and change millions of human hearts across the centuries; hearts of stone and violence would melt into hearts of flesh and peace and joy.

The baby arrived into the world in a dim and dank manger filled with the usual odors of a stable. His holy mother stopped the infant’s shivering in the cold night air by wrapping him in swaddling clothes and nursing him.

The Virgin Mother of the Incarnate Word had been prepared by the Almighty for this since her own conception. Now Mary looked into the face of God with an unbreakable and holy bond of love and wonderment. What a rapturous moment it must have been!

GOD’S SALVATION
All of heaven rejoiced to see God’s plan of salvation unfolding. St. John said the Word became flesh and that God’s love was expressed through the Incarnation. Its implications provided the way to settle the problem of sin. The timeless One entered time, the Creator entered creation for the sake of humanity.

The Son of God was born into poverty. It could not have been any other way. If the King of kings had been born in a palace with wealth and privilege, the Magi could have adored him but the shepherds and the lowly would have been stopped at the palace gates.

That could not be. Christ came to bring the Good News to everybody everywhere. He came to knock down barriers to God not raise them. The manger illustrated God’s affinity with the poor and the lowly.

Later Jesus would say, “Blessed are the poor in spirit for theirs is the kingdom of heaven” (Matthew 5.3). It is those who know their internal poverty who are most open to God; it is the proud and haughty who usually resist the truth found only in Jesus Christ. The innocent, the simple and the weak are closest to the kingdom of heaven.

The Incarnation illustrates that Christ was willing to humble himself for our sakes.

St. Paul explained it this way: “Though he was in the form of God, did not regard equality with God something to be grasped. Rather, he emptied himself, taking the form of a slave, coming in human likeness; and found human in appearance, he humbled himself, becoming obedient to death, even death on a cross” (Philippians 2.6-8).

Through Christ’s life, death and resurrection it became possible for those who believe in his name to experience God’s love. We can be transformed by opening our hearts to him. In 2 Peter 1:4 we are promised that we too can be partakers in the divine nature of Christ.

PROFOUND MYSTERY
The mystery of the King of kings being born in a lowly manger is simple yet profound. The deepest truth is often found in the paradoxes and supposed contradictions of what is simple.

Out of a humble manger in the little town of Bethlehem came the greatest love man has ever known. The Messiah born in that obscure setting still touches and changes people 2,000 years later. The Lamb of God came to take away the sins of the world.

The sacrifice of Jesus Christ to settle the problem of sin is God’s gift to humanity.

Each of us must decide whether to accept or reject God’s gift. We are continually invited to forgiveness through the sacrament of Reconciliation. We are called to reject sin and to live holy lives devoted to Christian service. That is how we give our love to God.