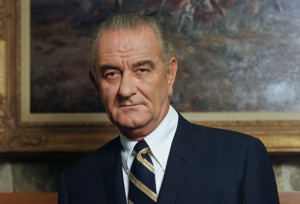 [1]Gov. Mitt Romney’s devastating loss to President Barack Obama is producing all sorts of interesting discussion. The analysis shows, again, a clear preference that minorities had for Obama. For example, according to exit polling data at Fox News, President Obama received 93 percent of the black vote. Over the years, the GOP made honest attempts to attach racial weight to issues like abortion and gay marriage but to no avail. Those attempts failed for an important reason: For black voters, entitlement programs trump moral-social issues every time. Even if African Americans are more socially conservative on many issues black voters will choose the path of consequentialism at the ballot box. This is the sentiment that the moral worth of an action derives solely from its outcomes or consequences. The GOP seems blind to this fact.

President Obama owes a debt of gratitude to former President Lyndon Johnson for the “War on Poverty” programs he proposed in his 1964 Great Society speech. Johnson was well aware that by federalizing his proposals he was cementing black allegiance to the Democratic Party for years to come. In fact, it is reported that Johnson, in an attempt to assuage the fears of southern governors, said that his plan was “to have them  n*****s voting Democratic for the next two hundred years.” Johnson’s plan worked masterfully.

Even when there is evidence to the contrary — for example, that none of the entitlement programs introduced by the Johnson administration have improved the lives of blacks in the long-run anywhere in America – race-sensitive warfare rhetoric and the perception of genuine concern for the marginalized ensures that Democratic candidates prevail among minority voters. Even though Johnson’s programs introduced perverse incentives against saving money, starting businesses, getting married, and they discouraged fathers from being physically and emotionally present for their children — resulting in generational welfare dependence — black voters are lured to choose dependence over liberation.

The Johnson administration successfully convinced generations of black voters to believe a two-part narrative. First, none of the challenges in your life are related to any decisions you or your family has ever made and all of your problems have been imposed on you, historically, by others. Second, you are, therefore, entitled to receive money and services through government that will remedy all of your problems. An additional sub-plot advances an evolving conflation of “government” with “society.” Therefore, when the point is made that other institutions in society are better at caring for the differentiated needs of the poor in the long-run, progressives will always interpret that as “not caring for the poor,” “ignoring the poor,” “leaving the poor to fend for themselves,” and so on. An anxious warning results: “If government doesn’t provide for the poor, no one will.”

What remains odd is how easily we have forgotten that the cultural production of evil that oppressed and marginalized blacks in the first place was the work of politics. The trans-Atlantic slave trade, American slavery, the Jim Crow era, the Eugenics movement, the Tuskegee Experiment, and the forced sterilization of black women were all made possible and perpetuated because of concentrated political power. Johnson brilliantly worked to whitewash the historical narrative with a speech and a few pen strokes to view government as the most effective means of remedying the kinds of problems that politics initiated in the first place—problems that are often more moral in nature rather than political. Years after the systemic oppression, politicians courted black voters to elect them to solve the problems catalyzed by previous eras’ self-interested politicians just like them.

It seems plausible, then, that the only way to free black voters from the curse of LBJ is for some group to make the persuasive and factual case that black communities are better off when people in those communities are in full control of how to solve their own problems. This was the norm in the black community that led to higher black marriage rates and work force participation rates prior to the civil rights movement than after, for example. What should matter for black voters moving forward should not be allegiance to the unfulfilled promises of past proposals but a future that empowers and positions local communities to create the conditions for virtue formation, strong marriages, parental control in education, entrepreneurial freedom, and protection from the unchecked power of self-interested politicians lobbied by corporations, so that votes are cast to guarantee the actualizing of liberty rather than the promises of wished-for solutions.