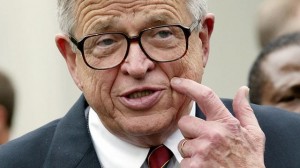 [1]When Charles W. “Chuck” Colson died last week, the headlines screamed about the death of President Richard Nixon’s “hatchet man,” who tumbled from his perch as White House chief counsel after pleading guilty to obstruction of justice in 1974. Some squeezed in fleeting references to the way Colson spent the second half of his life, after serving seven months in federal prison for his role in the Watergate affair.

Yet even the mainstream media obituaries that cited Colson as a “prison reformer” and “evangelical leader” analyzed his life stages through a political lens: Colson as Machiavellian Nixon adviser; Colson as advocate for more humane criminal justice policies; Colson as crusader for socially conservative causes.

All of those labels are accurate, of course. The Boston-born attorney and former Marine captain was a ruthless political operator before his conversion to evangelical Christianity. His post-conversion pursuits, although not narrowly partisan, were decidedly non-pietistic. He launched the non-profit Prison Fellowship Ministries, the world’s largest outreach to prisoners, crime victims and their families. He authored dozens of books, lobbied the White House for everything from faith-based prisoner rehabilitation programs to more funding for international AIDS relief, and launched a syndicated column and radio show that made him a leading commentator on the day’s hot-button issues.

Yet Colson long ago had ceased seeing his life in political terms. After a friend prayed with him and urged him to repent while he was awaiting trial in 1973, the skeptic who once scoffed at “foxhole religion” found himself alone and weeping in his car, overwhelmed by the sudden knowledge of his need to live for more than pride or political power. The full-throttle embrace of faith that followed initially made Colson a laughingstock around Washington and in the nation’s newsrooms, where his conversion was dismissed as a cynical ploy to escape the slammer.

As the years passed and Colson’s good works mounted, even some doubters recognized him as a changed man. And a new generation of Christians came to see Colson as a wise and humble guide to the development of a “biblical worldview” — a way of looking at all of reality, not simply one’s private prayer life, through the lens of Christian principles. If the former “evil genius” of the Nixon administration knew anything about cultural engagement, it was the perils of substituting earthly priorities for eternal ones.

Colson also warned evangelicals against the opposite danger: the temptation to regard Christianity as a me-and-Jesus religion that allows its adherents to focus exclusively on their private salvation and ignore God’s call to improve society and protect the powerless. For Colson, the divine summons to defend the weak manifested itself in advocacy for human trafficking victims, persecuted Christians in Sudan, discarded ex-cons and unborn children.

Colson’s outspokenness on behalf of that last group, along with his forceful defense of man-woman marriage and rebukes of everything from moral relativism and aggressive secularism to the spread of euthanasia and Internet pornography, ranked as scandalous in many minds as his Nixon-era offenses. His refusal to bow to the gods of political correctness probably explains why Beltway pundits who easily forgave Ted Kennedy and Bill Clinton their misdeeds never could accept the authenticity of a rehabilitated Chuck Colson.

Yet it was precisely Colson’s fidelity to traditional Christian teachings and openness to the surprising ways of grace that led to what may be his greatest achievement: the alliances he nurtured between Christians across the denominational spectrum. Along with the Rev. Richard John Neuhaus, a Catholic convert from Lutheranism who studied here at Concordia Theological Seminary, Colson helped found Evangelicals and Catholics Together, an ecumenical initiative designed to soften centuries of distrust between the two groups by uniting them around their common cultural concerns.

Colson initially took flak for the initiative among fellow evangelicals. But many came to recognize the muscular, purpose-driven ecumenism he championed as an inspired response to an increasingly hostile secular culture, one in which committed Christians cannot afford to remain divided. Today’s ongoing ecumenical backlash against President Barack Obama’s contraceptive mandate is, in many ways, a result of Colson’s decades-long efforts to unite Protestants and Catholics in defense of religious freedom.

It was in this ecumenical context that I first encountered Colson a decade ago, after hearing glowing tributes to him from young evangelicals and Catholics I interviewed for my book, “The New Faithful.” And it was the topic of ecumenism that brought us back together the last time I saw him, while interviewing him for my EWTN show, “Faith & Culture,” in 2006.

While the cameras were rolling, Colson spoke poignantly of his hope that his bridge-building work would be continued by the next generation. When the cameras stopped rolling, he asked me about my family and my life, then made a point to stop and thank each member of the crew working behind the scenes that day, from the cameramen to the lighting technician to the audio and set engineers huddled in the recesses of the studio. I had never seen another guest go to that much trouble to connect with these men, to make sure they knew that this famous personality recognized their equal dignity and the dignity of the hidden work they did.

It was a moment of vintage Colson, one I won’t soon forget. May the felon who found grace in the ruins, and became a conduit of grace for countless others, rest in peace.