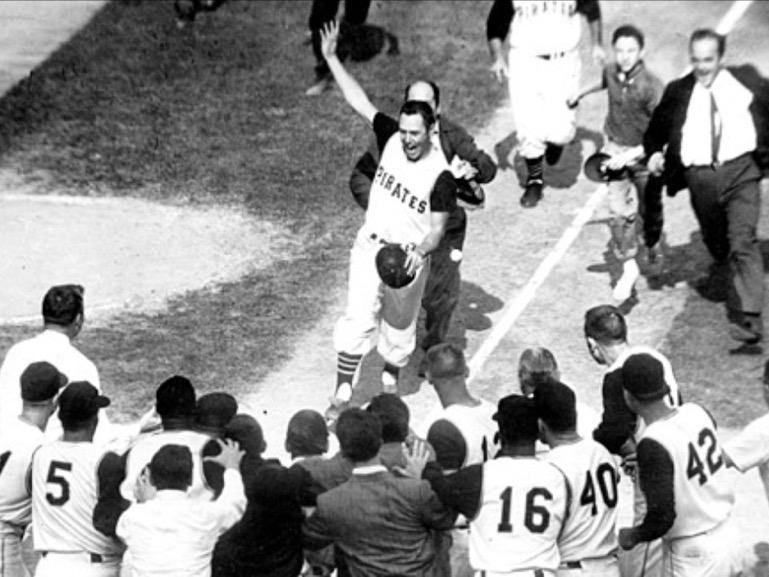 Democrat: “What a yuuge mistake! It’s so unfair! I can’t believe people allow this to stand!”

Republican: “The national vote doesn’t matter. Trump beat Clinton, 306 to 232, in the way that matters, state by state. Get over it.”

Democrat: “Everybody thinks the Pirates beat the Yankees that year. But it’s not true!”

Republican: “What in the world are you talking about? Mazeroski hit that walk-off home run to win the seventh game, giving the Pirates a fourth game to the Yankee’s three games. And best out of seven wins the series. Everybody knows this!”

Democrat: “But look at the numbers. The actual numbers of how they scored. In those seven games, the Yankees scored 55 runs, but the Pirates scored only 27 runs. Did you know that?”

Republican: “Yes. But, the total number of runs doesn’t matter.”

Democrat: “What do you mean it doesn’t matter? Are you crazy? The Pirates got clobbered. The Yankees scored twice as many runs as the Pirates! It was a… it was a… a… landslide for the Yankees! How could the Pirates win?”

Democrat: “But that is so unfair! Don’t you see how unfair that is? The team that scores more runs should win!”

Republican: “The same thing happened in the 1973 World Series: the Mets scored more runs, but Oakland won the series.”

Republican: “And Cleveland and the Cubs each scored 27 runs this year. But the Cubs won the series.”

Democrat: “Nooooooo! We have to get ESPN to look into this.”