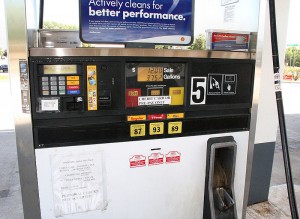 [1]Realizing that his popularity may decline as the price of gasoline rises, President Obama is barnstorming the country, emphatically insisting that drilling for more oil isn’t the cure for high gas prices and that wind and solar energy represent our energy future.

Republican presidential candidate Newt Gingrich recently challenged Obama, claiming that gas prices would fall to $2.50 per gallon or lower if he were president. Many Americans believe Gingrich when he says that repealing Obama’s anti-drilling policies would increase the supply of oil and push gas prices lower. In his weekly address on March 10, Obama disputed Gingrich’s assertion, arguing, “With only 2 percent of the world’s oil reserves, we can’t just drill our way to lower gas prices.”

One wonders how the president can make such a claim, given that natural gas companies are currently hurting because, in fact, they have drilled their way to lower natural gas prices. Surely this president does not believe that the law of supply and demand doesn’t apply to oil, too.

To the contrary, Obama concedes just that when he considers dipping into the Strategic Petroleum Reserve for no other reason than to lower gas prices in an election year.

When you think about President Obama’s antipathy for oil companies’ profits, you would think that he would be one of the most vocal supporters of more drilling. After all, increased production of oil would drive down prices and shrink profits. How deliciously ironic that Obama’s own anti-drilling policies are handing windfall profits to the very oil companies he rails against.

The president’s statement about America having only 2 percent of oil reserves is misleading. The size of our reserve is actually quite vast [2], but the percent of the world’s oil we have is far less important than the amount we produce. The United States accounts for at least 6 percent of global production of petroleum—a figure that would be significantly higher had President Obama’s party not been impeding and restricting domestic petroleum production for years [3].

On March 14, the president ramped up his anti-drilling argument. He employed hyperbole, asserting, “If we drilled every square inch of this country … we would still have only two percent of the world’s known oil reserves.” To assert that a massive increase in drilling would result in no increase of oil defies logic and experience. The reality is that reserves have grown year after year, decade after decade, precisely because the more we drill, the more oil we find.

The president resorted to a “straw man” subterfuge to disparage Republicans who aren’t on the “green” [4] energy bandwagon, snidely proclaiming that they “probably would have agreed with one of the pioneers of the radio who said, ‘Television won’t last,’ or the Henry Ford associate who argued that ‘the automobile is only a fad.’” First, the comparison is inapt. Neither radio nor the Ford automobile needed government subsidies, whereas “renewable energies” have received them for years [5], even decades, and they still aren’t cost-effective. Second, I don’t know anyone—Republican, Democrat, or Martian—who would oppose a clean, renewable, cost-effective energy. Nobody is against “green” energy per se. The objection is to costly, taxpayer-financed government subsidies [4] to the politically connected [6] and to mandates that compel Americans to purchase uneconomical forms of energy.

The Wall Street Journal recently reported that the Democrat-controlled Senate defeated Sen. Jim DeMint’s (R-SC) budget amendment to eliminate every federal subsidy and tax credit to all energy companies, whether they produce fossil fuels, renewables, batteries, or nuclear power. By voting with all Democrat senators (yes, every single one) to defeat DeMint’s amendment, 19 Republicans showed that the GOP is not yet a free-market party. What chutzpah Vice President Biden showed by denouncing Republicans as the party of privilege during the very week when his own party voted unanimously to retain expensive taxpayer-subsidized privileges to corporate America.

The Obama/Biden tandem’s overstated rhetoric may backfire on them. When people don’t have the facts on their side, their attempts to ridicule others can end up making themselves look ridiculous. Apparently, the president and vice-president are betting that enough voters believe so fervently in hope [7], change, and other good things that facts, basic economic knowledge, and common sense won’t burst their bubble.