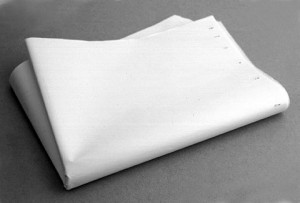 [1]The Catholic Press Association’s June convention handed out lots of awards, but none was for covering the story of Catholic priests falsely accused.

This is Part II of a post I wrote [on my blog] at this time last year entitled “The High Cost of Father Marcial Maciel and Why I Resent Paying It [2].” To explain exactly what I resent and why, I have to first tell you an old story.

When I was twelve years old, another boy in my neighborhood had a beautiful dog, a German shepherd, kept tethered 24/7 in his backyard. It used to break my heart to watch as this spoiled bully tormented his dog for hours on end. He would stand just beyond the limits of the tether, and taunt the dog mercilessly. This dog would bark and stretch his tether to the point of exhaustion. I feared the poor dog would go mad.

The bully and I were the same age. I tried to intervene using reason, but diplomacy got nowhere and day after day the taunting continued. One Saturday morning, I felt I had no choice but to take a more direct approach. I climbed over the fence, and told him I was going to knock him on his ass if he did it again. He never did it again.

Sometimes, today, I feel like that dog. I feel as though I am kept at the end of a tether, and taunted with a steady barrage of one-sided news about priests while my constant barking about another side of the story is simply ignored. Sometimes I feel as though I have stretched my tether to its limits. Now and then, some[of my] readers ask me if I ever feel like giving up. I do, sometimes, but only about three or four times a week. […]

So I’ll keep barking and stretching my tether, and this is what I am barking about: As I type this, I have in front of me the July issue of a popular monthly Catholic magazine. Its “News Briefs” section includes these gems:

“A member of the Legionnaires of Christ . . . has admitted to having a relationship with a woman and fathering her child.”

“Files detailing claims of sexual abuse by a group of Franciscan priests in California were made public . . . ”

It wouldn’t matter to me so much if the Catholic magazine contained some balance in these stories. I happen to know that several new developments in my case have been sent to its editors. The response has been absolute silence.

They are not alone in this. The Jesuit weekly news magazine, America has devoted much space to Catholic scandal, even giving a platform to the extreme views of Marci Hamilton who has championed the causes of SNAP and some contingency lawyers. Meanwhile, America editors have consistently ignored developments in my case. Even my occasional letter to the editor in response to its one-sided articles has been ignored. We published one, “A Letter America magazine would not publish [3],” [on my blog,] These Stone Walls. I recently wrote asking that my subscription to America be cancelled. Even that was ignored.

Editors at Commonweal magazine, on the other hand, at least had the grace to respond to a news development in my regard that was sent to them. In an e-mail response to writer, Ryan MacDonald, a Commonwealeditor bluntly wrote, “We will not be covering the story of Father Gordon MacRae.” So be it. At least now we know, and I can stop this incessant barking.

THE TRUTH WILL SET YOU FREE (IF SOMEONE PRINTS IT!)

I am fortunate to have the attention of a few Catholic writers who join me in my exasperation with the Catholic news media. Both David F. Pierre of The Media Report [4] and Ryan A. MacDonald of A Ram in the Thicket [5] have told me that they think it is an important news story that evidence now shows that a Catholic priest in America has been falsely accused and wrongly held in prison for eighteen years. However, getting someone in the Catholic press to write about this new evidence has been an incredibly frustrating ordeal.

David Pierre’s recent book, Catholic Priests Falsely Accused [6], has a chapter detailing information on the case against me – information that for some unknown reason has been omitted from almost all other accounts of this case. Father James Valladares’ new book, Hope Springs Eternal in the Priestly Breast [7], devoted about a third of its content to coverage of my case and These Stone Walls. However, reviews of both books are conspicuously absent from the pages of too many Catholic newspapers now trumpeting sordid and distorted headlines like the ones described above in a Catholic magazine.

On February 20, 2012, David Pierre published a news story at The Media Report entitled “Exclusive Report: Alarming New Evidence May Exonerate Imprisoned Priest [8].” David Pierre spent many hours doing something he knew most in the news media would not bother to do. He poured over hundreds of pages of new investigative documents about my trial and new appeal now published at the National Center for Reason and Justice [9], a wrongful conviction organization that endorses and helps sponsor my defense as well as These Stone Walls.

David Pierre submitted his summary of my new appeal and its new evidence to most of the secular news outlets in New England that had been covering the story of accused priests. Predictably, most of them ignored it. One commendable exception, however, was the news team at WMUR-TV News in New Hampshire which aired a factually truthful news report (which takes a few moments to load if you click on it).

Most troubling of all – for me, at least – was that David Pierre also submitted his report to many Catholic newspapers and news magazines. They also ignored it, and frankly I had hoped for better. I can only conclude that the Catholic press has failed to cover the story of new evidence in my own case, and the much broader story of Catholic priests falsely accused, because of one individual case. In “The High Cost of Father Marcial Maciel and Why I Resent Paying It [2],” I wrote of the priestly profiling that has taken place in the wake of evidence of guilt – mostly post-mortem – in the case of Father Maciel, founder of the Legionnaires of Christ.

Writers with an agenda have used that post-mortem evidence to cast a shadow on those who gave Maciel the benefit of doubt. Some of the reasoning of these writers defies logic. Typical of the agendas at work was an extended article in The Nation by Jason Berry (”The Shame of John Paul II [11],” May 16, 2011), who used the Maciel affair to undermine the beatification of the late Pope. Berry cited “a chorus of criticism from prominent Catholics and survivors of sexual abuse by clergy” over the beatification of Pope John Paul II. The only “prominent Catholics” he went on to cite were Rev. Thomas Doyle, Terrence McKiernan from BishopAccountability.org, and “distinguished University of Notre Dame theologian,” Rev. Richard McBrien. It’s of interest that last year’s Catholic League report, “SNAP Exposed [12]” cited some of these very same names as orchestrating a choreographed media campaign filled with propaganda.

Jason Berry’s article went on to list those who publicly gave Father Maciel any benefit of doubt. His evidence for “How the Sex Abuse Scandal Stained His Papacy” (Berry’s subtitle) was a claim by Terence McKiernan that “John Paul received many letters from sexual abuse victims which he simply ignored.”

It’s the utter narcissism of such arguments that is hardest to take. There are 1.2 billion Catholics in the world. The Pope and Vatican receive thousands of letters daily. To claim that a few should have put the Pope on notice is absurd. I have sent letters to BishopAccountability.org which Terence McKiernan has simply ignored. I asked only for a fair account of both sides of the story.

Jason Berry’s article was a clear attempt to build a case for dissuading any support or presumption of innocence for any other accused Catholic priests. It was little more than character assassination by rumor and innuendo. To lend credence to his “corrupt Vatican” scenario, Jason Berry cited the classic anti-Catholic mythology from the Galileo story all the way down to the “wartime reticence on Nazi atrocities” of Pope Pius XII.

A result of one-sided articles like Jason Berry’s is the sort of headline I cited from that unnamed Catholic magazine above. Writers and editors no longer want to risk any presumption of innocence or even calls for due process for those accused. Catholic writer, Ryan MacDonald writes periodically for Spero News, a worthy enterprise bringing a religious context to world news events. After The Media Report published David Pierre’s bullet summary of new evidence in my case [8], Ryan MacDonald said he was troubled by the almost total lack of coverage of it by the Catholic press. So he put together a news release of his own and sent me this printed copy:

“As a Catholic writer, I am very concerned about the case of a priest whom I believe – to a moral certainty – has been wrongly imprisoned on false charges of sexual abuse for 18 years. I have researched this case extensively, as has Dorothy Rabinowitz, a Pulitzer Prize-winning journalist for The Wall Street Journal. We both drew the same conclusion: the case was a fraud. Now, a veteran Special Agent for the FBI has issued his own report in which he concluded: ‘In the entirety of my three-year investigation of this matter, I discovered no evidence of Father MacRae having committed the crimes charged or any other crimes.’
Most recently, a new appeal has been filed in this case, but for the most part both the secular and Catholic news media have been silent about it. This concerns me greatly.”

His message included links to The Media Report [8], the WMUR-TV News clip [10], and two of his own investigative articles. Ryan sent the message and links to the editors of over 20 Catholic news sites, newspapers, and magazines. Not one responded. Not one.

In “David v. Goliath [13]” a few weeks ago, I wrote of the chronic anti-Catholic bias evident in some secular newspapers. Many readers cited The New York Times, and The Los Angeles Times as examples of an especially toxic anti-Catholic bias. I wrote that conscientious Catholics should re-think their choices as consumers of the news by cancelling or not renewing papers that exhibit such bias. One reader made me laugh with this comment:

“I don’t subscribe to or read any secular city daily newspaper. I occasionally buy the ever-shrinking-and-more-expensive L.A. Times– because I have a puppy.”

The L.A. Times lost over 157,000 print subscribers since 2008. That’s a lot of house broken puppies! In the scandal-driven news media of today – especially print news – the whole truth is simply not as marketable as a sex scandal. If news isn’t marketable, then it isn’t news. I for one am offended by that, but I am especially offended when the Catholic press follows that lead.

We cannot let this be the fate of Catholic news media. It’s time for the Catholic press to get over its “Father Maciel Syndrome.” Catholics deserve both sides of this story.