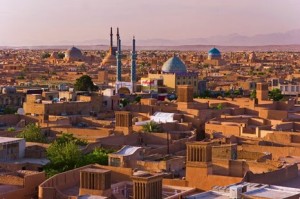 [1]The formal end of the U.S. war in Iraq on Dec. 15 enhances neighboring Iran as a major, unpredictable factor in the U.S. presidential election of 2012.

First a look back: Iran’s mullahs already has one opportunity to affect American politics, in 1980. Their seizure of the U.S. embassy in Tehran for 444 days haunted President Jimmy Carter’s reelection campaign and – thanks to such developments as yellow ribbons, a “Rose Garden” strategy [2], a failed rescue operation, and ABC’s America Held Hostage [3] program – contributed to his defeat. Ayatollah Khomeini rebuffed Carter’s hopes for an “October surprise” release of the hostages and twisted the knife one final time by freeing them exactly as Ronald Reagan took the presidential oath.

Today, Iran has two potential roles in Obama’s reelection campaign, as disrupter in Iraq or as target of U.S. attacks. Let’s look at each of them:

Who lost Iraq? Although George W. Bush’s administration signed the status of forces agreement [4] with the Iraqi government, stipulating that “All the United States Forces shall withdraw from all Iraqi territory no later than December 31, 2011,” Obama’s decision against keeping a residual force in Iraq made the troop withdrawal his choice and his burden. This puts him at risk: should things go badly in Iraq in 2012, he, not Bush, would take the blame. Iran’s supreme guide, Ali Khamene’i, in other words, can make Obama’s life miserable.

Khamene’i has many options: He can exert more control over those many Iraqi leaders who are Shiite Islamists with a pro-Iranian outlook, some of whom even lived in exile in Iran; for example, the prime minister, Nouri al-Maliki, fits this mold. The Iranians can also influence Iraqi politics via the country’s intelligence services, which they have already substantially penetrated. Or, they can move Iranian troops at will into Iraq, those tens of thousands of U.S. troops now gone from Iraq’s eastern border, and engage in mischief of their choosing. Finally, they can support proxies like Muqtada al-Sadr or dispatch terrorist agents.

In 1980, the Iranians manipulated the American political process with hostages; in 2012, Iraq is their plaything. Should Iran’s rulers decide to make trouble before Nov. 6, the Republican candidate will blame Obama for “losing Iraq.” Given Obama’s long opposition to the war, that will sting.

(Alternatively, the Iranians can shift gears and make good on their threat to close the Straits of Hormuz [5] to imperil the 17 percent of world oil that goes through that waterway, thereby creating global economic instability.)

Mullahs chose to harm a weakened Democrat in 1980 and could do so again; or, they could decide that Obama is more to their liking and desist. The key point is, the troop withdrawal hands them extra options. Obama may well rue not having kept them there until after the elections, which would have allowed him plausibly to claim, “I did my best.”

Bomb Iranian nukes? Almost two years ago, when Obama still held a threadbare popular plurality among Americans of +3 percent, I suggested that a U.S. strike on Iranian nuclear facilities [6] “would dispatch Obama’s feckless first year down the memory hole and transform the domestic political scene” to his benefit. With one action, he could both protect the United States from a dangerous enemy and redraw the election contest. “It would sideline health care, prompt Republicans to work with Democrats, make netroots [7] squeal, independents reconsider, and conservatives swoon.”

As Obama’s popularity has sunk to -4.4 percent [8] and the elections loom less than a year away, his incentive to bomb Iran has substantially increased, a point publicly discussed by a colorful range of figures, both American (Sarah Palin [9], Pat Buchanan, Dick Cheney [10], Ron Paul, Elliott Abrams, George Friedman, David Broder, Donald Trump) and not (Mahmoud Ahmadinejad, Fidel Castro). Health care, employment, and the debt offer the president little solace, the Left is disappointed [11], and the independent vote is up for grabs. Current skirmishes over sanctions and drones could be mere distraction; an attack on Iranian facilities would presumably take place in the first half of 2012, not too self-evidently close to the U.S. elections.

In conclusion: Khamene’i and Obama can both make trouble for the other. If they do, Iran and Iraq would play outsized roles in the presidential contest, continuing in their unique thirty-year role as the tar babies of American politics [12].