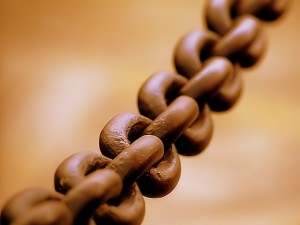 [1]We older Americans have saddled our youth with a mind-boggling public debt—over $20 trillion already spent ($14.3 trillion of “official” national debt plus various off-budget expenditures, according to the U.S. Treasury); trillions more of projected deficit-spending over the coming decade; and tens of trillions of dollars of unfunded liabilities.

By the time today’s toddlers can vote, it is likely that both the Medicare and Social Security funds will be exhausted. Many of today’s older Americans vehemently oppose any and all attempts to restructure those entitlement programs to extend their viability. Instead, the graybeard generation expects younger Americans to endure the oppressive tax burden that will be needed to keep the entitlement promises fully funded.

My generation should be ashamed of what we have done to younger Americans. No, we haven’t sold them into child prostitution, but we have placed them in bondage to the most massive debts in world history. We have led these innocent lambs to a financial slaughterhouse.

To add insult to injury, we show our lack of regard for the young by regarding them as second-class citizens in bankruptcy law. A middle-aged businessman with decades of experience can make mistakes and be relieved of his debt burden by a bankruptcy judge. By contrast, a naïve, inexperienced teenager, who borrows money for college, then can’t earn enough to pay back all the loans, is stuck for life, because college loans, unlike business loans, are not eligible for forgiveness via bankruptcy. The overall, unspoken message is clear: The youth are our society’s indentured servants, in permanent debt servitude to their elders.

The young will never make good on all of the federal government’s mountains of debt and unfunded promises. These debts won’t be paid because they can’t be paid; there simply isn’t enough wealth in the country for this to be possible.

If the debt burden continues to mount, eventually the young will perceive the enormity of the burden that older generations have imposed on them, and there will be a backlash. They might rebel against the crushing debt burden by repudiating it—an outright default. However, I doubt it will come to that. Uncle Sam has already started to default on those debts—not explicitly, but stealthily, by having the Federal Reserve inflate our debts away. It is likely that there will be a hyperinflationary blow off or a deflationary implosion, either of which will extinguish trillions of dollars of debt before many of today’s children are grown.

Few things could tear a society apart more than having the economic interests of young and old arrayed against each other. Yet this is the inevitable bitter fruit of chronic deficit spending and unending accumulation of debt.

Our Founding Fathers warned of this danger. In his Farewell Address, George Washington urged Congress to strive to quickly retire debts resulting from occasional and hopefully infrequent wars instead of “throwing upon posterity the burthen [sic] which we ourselves ought to bear.” Thomas Jefferson could think of few things more unjust than loading the living generation with the debt of those who have already died. Writing to John Taylor in 1816, Jefferson wrote that “the principle of spending money to be paid by posterity … is but swindling futurity on a large scale.”

Rather than sentencing today’s younger Americans to a lifetime of bondage to debts that we have incurred, justice and mercy suggest that we need to retire the federal debt burden. We must begin shrinking federal spending this year. If we don’t slay the debt monster, our children may someday—and justifiably—curse us.