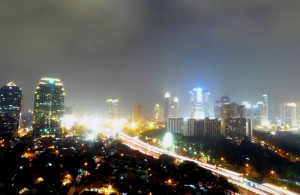 Dozens of churches in Indonesia come under attack every year and the country’s president is failing to take action to stop it – according to a leading Catholic peace activist who has produced a report describing the scale of the problem.

Since 2006, more than 200 attacks on churches have been recorded by the Indonesian Committee on Religion and Peace under Theophilus Bela, president of the Jakarta Christian community forum.

In a report submitted to Catholic charity Aid to the Church in Need (ACN), which supports persecuted and other suffering Christians, Mr. Bela stated that in the first five months of this year, there were 14 attacks on churches and 46 in 2010 as a whole.

He said: “President Yudhoyono sleeps if there is an attack on Christian churches. If the president sleeps, so do the police.”

Mr. Bela reported that since Mr. Yudhoyono became president in May 2004, there have been 286 attacks on churches, higher than at any time except during the country’s political uprisings in the late 1990s.

Referring to another government appointee, Mr. Bela said: “I have the impression that Mr. Yudhoyono is afraid of his own minister of religious affairs, who is from an Islamist political party.”

“Mr. Yudhoyono gives the impression that he is rather hesitant to protect the Christians.”

In his report, Mr. Bela states that although attacks on churches in 2011 are so far down on last year, Indonesia’s Christian community of 28.5 million remains the most persecuted religious group in the country.

The report details how in Temanggung, Middle Java province, three churches came under attack in a single day –February 8th, 2011.

One day later, Mr. Bela’s daughter, who lives in the Jakarta suburb of Bekasi, contacted him to report that extremist Muslims were descending on a nearby church and the police intervened after he called them to report the incident.

Explaining the long-term rise in extremist attacks on Christians, Mr. Bela said that urban-based Muslims had reacted badly to Christians coming in from rural areas in search of jobs created by the government’s investment in city factories and other businesses.

He said extremists were enraged by court proceedings against infamous Islamist Abu Bakar Bashir, who allegedly masterminded attacks on churches and whose conviction for conspiracy in the 2002 Bali bombings was overturned by the Supreme Court.

Mr. Bela stressed that in spite of the attacks, Christians remained strong in their faith.

He said, “We Christians are not afraid, because we are also citizens of this country like other groups of our society.”

“The Christians go to their churches regularly and our churches are always full every Sunday.”

Mr. Bela added: “Our country is based on a pluralistic ideology… and we do not have a state religion in our country.”

“The Christians have staged protests against President Yudhoyono by holding religious services on two Sundays in front of his state palace recently.”