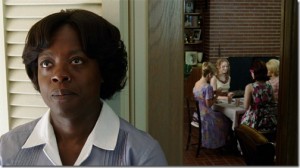 [1]The new movie, The Help, based on Kathryn Stockett’s best-selling book [2] by the same name, continues to lead ticket sales at the box office. Both dramatize the extent and tragedy of segregation and discrimination in the South during the early 1960s. Racism affected almost every area of Southern (and many areas of Northern) society before the changes brought by the Civil Rights movement and acts later in the decade. Several poignant scenes in the movie depict a campaign to prevent black domestic servants from using the toilets in white homes in which they worked. 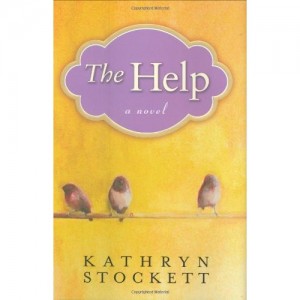 [3]As demeaning and tragic as such treatment was, it pales when compared to the dehumanization slavery entailed. Not satisfied with dominating blacks on earth, whites even depicted a heaven where blacks had second-class status. Masters and white ministers typically assigned blacks a subordinate place in heaven and warned them that their earthly obedience and work ethic would play a significant role in where they spent eternity. They either stated or implied that blacks would be inferior to whites in the afterlife because the concept of racial equality contradicted their contention that God sanctioned slavery. Instead, Southern whites usually portrayed a segregated heaven where blacks continued to serve whites. Sermons sometimes described blacks’ role in heaven as “working in God’s kitchen.” One white minister told slaves that heaven had a wall with holes in it that would separate them from their masters but permit blacks to see whites as they walked by.

By contrast, many blacks looked forward to heavenly bliss and compensation and divine retribution for their suffering. Convinced that this racist portrait of heaven could not be reconciled with a loving and just God who valued all human beings equally, they recast heaven and hell in light of their own experiences, values, and traditions as an exploited people. Their narratives, tales, songs, sermons, and prayers demonstrate that slaves rejected their masters’ conception of heaven where discrimination and subordination persisted and of a hell where disobedient, lazy slaves suffered for eternity.

Many slaves viewed heaven in the words of historian David Roediger as “the very negation of slavery.” Rather than offering compensatory hope, many Negro spirituals that celebrated the glories of heaven also either openly or subtly condemned the maltreatment of blacks on earth. Slave songs about “Going over Jordan” and “Canaan’s Happy Shore” often had a dual reference point: attaining freedom on earth and getting to heaven.

In many ways, slaves’ conception of heaven was the opposite of their everyday life, stressing the absence of earthly ordeals, suffering, and toil. In the next world “Dere’s no sun to burn you … no hard trials … no whips a-crackin’ … no stormy weather… [and] no evil-doers.” In heaven, the oppressed would “lay down dat heavy load.” Slaves looked forward to living in “bright mansions above,” feasting with Jesus at His welcome table, singing and shouting, and never being forced to leave. And there would be no sadness, sorrow, parting, or quarreling. In heaven it would always be Sunday, the one day of the week that most slaves did not have to work and could visit with each other and hold their own worship services.

In the heaven slaves imagined, they would also experience the dignity and worth denied to them on earth. Admission to heaven would validate their humanity. Although masters and many other whites defined them as uncivilized brutes or mere commodities, in God’s eyes they were valuable, precious human beings for whom His Son died.

God’s justice was prominent in slaves’ portrait of heaven. Unfairness and discrimination prevailed in this world, but justice would triumph in the afterlife. Many black sermons and songs celebrated God’s eternal order of justice and love. Spirituals affirmed blacks’ belief that God’s righteousness would reign in heaven, which was a place of spiritual equality. One slave scoffed at the assumption of many whites that “when dey go to Heaven de colored folks would be dar to wait on ‘em.” A just God would not allow that.

Far from being a form of escape that led them to accept their plight passively, blacks’ hope in heaven motivated many of them to live courageously on earth. It helped inspire Gabriel Prosser, Denmark Vesey, and Nat Turner to instigate slave insurrections and Frederick Douglass and Harriet Tubman to escape to the North, denounce slavery, and work with the Underground Railroad. Their vision of heaven emboldened many others to rebel, run away, or challenge injustice.

Throughout history people’s conceptions of heaven have reflected their earthly circumstances and needs. While racial injustice still persists in American society, such blatantly discriminatory (and unbiblical) portraits of heaven thankfully have been largely rejected.