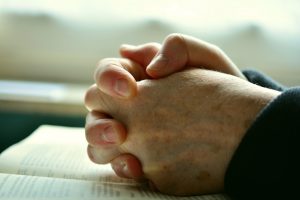 [1]“You’d better take down your article,” I was advised in an email.  “The Blessed Mother has warned that anyone who interferes with her message will suffer consequences.”  Ah the joy of writing about condemned apparitions.  The article [2] being referred to was five years old. The odds of me taking down an article I had carefully researched in response to a supposed threat from the Blessed Mother were zero to none.  I don’t believe that is her style.

Discerning true from false apparitions [3] is ultimately in the hands of the local bishop and after much investigation, if  he declares it “constat de non supernaturalitate”  (the older term is “condemned”)  the conclusion is that there is nothing supernatural occurring. It also means that Catholics should stay away.

The Church investigates claims of private revelations cautiously because the devil can use them to ensnare otherwise serious Catholics. It’s a ruse that begins with great promise but ultimately leads to disobedience and distorted teachings. But once convinced, followers imperceptibly veer off little by little and often rebel against Church authority.

The email threat only served to reinforce how false the reported visions are. But then, it seemed that all hell broke loose at my house, a black cloud of troubles and dissension. Could it be a spiritual attack?

I mentioned it to a friend who suggested I start praying the St. Patrick Breastplate prayer. I called Msgr. Esseff, one of the oldest exorcists in the country, to ask his prayers for spiritual protection. He prayed for my family and also suggested that I pray the St. Patrick Breastplate prayer, which he uses for his own spiritual protection. I followed his advice. The darkness lifted, and peace returned.

For the record, I don’t fret about the possibility of spiritual backlash. Was I on the receiving end of it? Perhaps. But anyone doing God’s work is a target.  We should all go about the business of serving God in whatever way he calls us to while staying close to him through prayer and the sacraments.

Coincidentally, after I began saying the St. Patrick prayer daily, while speaking at a conference but never mentioning this incident, a complete stranger came up to me and gave me a prayer card of the St. Patrick Breastplate prayer. She thought I might like it.

I love St. Patrick— he is my patron saint and I am half Irish—and I have been praying his prayer for over two years now.  The St. Patrick’s Breast-Plate prayer was composed in preparation for his spiritual battle against the Druid pagans, trusting in Christ as his shield. He won souls and converted Ireland for the Catholic Church. What a beautiful and powerful prayer to recite for our own spiritual battles.

I bind to myself today
The strong virtue of the Invocation of the Trinity:
I believe the Trinity in the Unity
The Creator of the Universe.

I bind to myself today
The virtue of the love of seraphim,
In the obedience of angels,
In the hope of resurrection unto reward,
In prayers of Patriarchs,
In predictions of Prophets,
In preaching of Apostles,
In faith of Confessors,
In purity of holy Virgins,
In deeds of righteous men.

I bind to myself today
The power of Heaven,
The light of the sun,
The brightness of the moon,
The splendor of fire,
The flashing of lightning,
The swiftness of wind,
The depth of sea,
The stability of earth,
The compactness of rocks.

Christ, protect me today
Against every poison, against burning,
Against drowning, against death-wound,
That I may receive abundant reward.

I bind to myself today
The strong virtue of an invocation of the Trinity,
I believe the Trinity in the Unity
The Creator of the Universe.