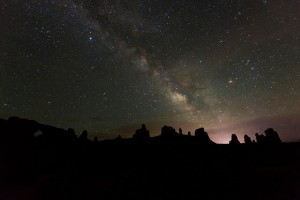 [1]Valentine’s Day is a big deal around our house. Our first child was born on Valentine’s, and she loves all things pink, pretty, and frilly. And chocolate.

She loves her princess shoes, sparkles, fancy hair doo-dads (she’s also asking me for hair rollers, and she’s only five), hearts, ribbons, make-up, purses, clothes (the more sequins the better). And chocolate. Did I mention that she really likes chocolate?

How such a bubbling passion for feminine farrago took hold in her heart is something of a mystery to us. Our family tends to be more of a low-key, sweatshirts and sneakers kind of crew. My wife doesn’t own a purse, or wear make-up, and the last time she felt the pinch of high heels upon her feet was our wedding day.

But somehow our daughter learned the difference between flats and pumps—and has strong opinions about both. And for her, Valentine’s Day is about as close to perfect as any day outside of Christmas morning can get. It is the annual apex of pink on the yearly calendar, and as such fills her with glittery joy.

Throw in her birthday, and her cup runneth over. And for her birthday, she is all about . . . space. As in “the final frontier,” not “closet.”

I know. I didn’t see that one coming either.

But right along with her enthusiasm for “twirling” dresses and pink parasols, she also has a deep and abiding passion for . . . three stage rockets, Apollo moon landers, black holes, ringed planets, supernovas, and the distant reaches of our ever spinning and expanding universe.

Neither my wife nor I are space or science aficionados. Don’t get me wrong—we love modern dentistry. But we don’t subscribe to Popular Mechanics or talk about the latest technological marvels around the breakfast table. And we don’t have any space movies or books. We don’t have telescopes, microscopes, or even stethoscopes. In fact, outside of a sort of strange neighbor dog next door, there isn’t anything with even the faintest hint of the extra-terrestrial about it anywhere around our house.

So how my daughter developed her love for space is another mystery. But love it she does, with a burning zeal. As soon as she could start checking her own books out of the library, she didn’t’ bring home picture books of cuddly animals, but of ice bound planets orbiting distant stars. She’s initiated many conversations with me about the existence of aliens—and she has strong opinions on that topic, too.

On the way to school in the morning she wants to talk about “vacuum” and the potential dangers it poses to orbital, manned space stations. And for her birthday, she wants an astronaut cake, and she wants the house decorated in solar system swag—including green aliens.

I kid you not. She wants both pink hearts and green aliens for her birthday. She actually asked—and this was her own idea—if we could decorate half the living room in the adornments of Valentine’s Day, and the other half with objects from the cosmos so that it will look like a picture from the Hubble Telescope.

So that’s my little girl: one part fashion princess, one part Buzz Armstrong. I don’t know how God put together such an intriguing combination, but I’m glad He did.

for from earth man was formed;

Yet with His great knowledge the Lord makes men unlike;

in different paths He has them walk.

to be molded according to His pleasure,

so are men in the hands of their Creator,

to be assigned by Him their function.

What God intends for our daughter, I have no idea. Maybe she’ll be the first person to walk on the moon—in a strappy set of sparkly heels. But whatever it is, God has a plan for her—as He does for all of us—and God made her as a one-of-a-kind, just the way He wanted her to be. Which is the way God makes each and every person. And that is out of this world.