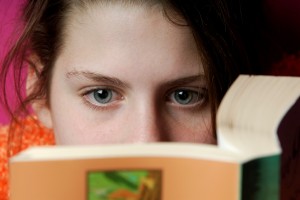 The texts, Norwegian Wood and Tweak: Growing up on Methamphetamines, originally appeared on the summer reading list for both middle school and high school students at Monroe Township schools this year.

The books, school officials say, were included on the list by a group of teachers, librarians, and administrators, and approved by the board of education. Chuck Earling, superintendent of Monroe Township Schools in Williamstown, N.J., told Fox News [2] that the committee “didn’t feel it was inappropriate based on the language that’s used, common language used on the street.”

However, after outrage from local parents, the district yanked the books, and Earling apologized. “We were not trying to create controversy. We were just trying to get students to read,” he said.

The Family Research Council’s Peter Sprigg told Fox that the affair was a lesson to parents to keep watch over what their kids are reading in schools. “Here we see the intersection of parental values being offended, the hyper-sexualization of our youth and the homosexual agenda being pushed,” Sprigg told Fox News Radio.

“Exposing children to graphic sexual content – that is not as evil as censorship in the minds of some left-wing activists.”

Books exploring the homosexual lifestyle have been making their way into public schools across America in recent years, particularly in states where same-sex “marriage” has been legalized.

In 2008, the U.S. Supreme Court rejected [3] a Massachusetts father’s plea to opt-out his kindergartener from listening to homosexual children’s books, or at least to be notified of the objectionable material.

A California law signed [4] by Gov. Jerry Brown in June mandates that textbooks in pubic schools statewide teach children about “the role and contributions of” homosexual American historical figures, and forbids materials that “contain any matter reflecting adversely” upon gays on the basis of sexual identification.. The law is automatically on hold after conservatives leaders launched [5] a referendum effort to put the textbook question before California voters.