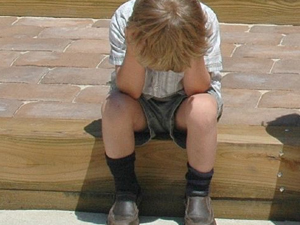 [1]The American economy remains sluggish and, from all over the political spectrum, particularly the left, people have turned their attention to inequality. The Occupy Wall Street movement, though without actual plans for reform, emphasizes the growing inequality between the top one percent and the 99 percent of Americans below them, with the implication that income growth among top earners means less for everybody else. Supporting this line of thinking, the New York Times published an article in early November titled, “The Rich Get Richer,” which somewhat misleadingly implied that the rich were indeed getting richer, even through the last three years, while the poor were getting poorer. Michael Medved, among other commentators, pointed out that, buried in the story, a study by the Congressional Budget Office was mentioned showing that from 1980- 2007 the richest Americans were indeed getting richer by leaps and bounds; by progressively smaller leaps, so were the middle class and low income earners. Not to mention the fact that there was a great deal of mobility between classes. In any case, the top one percent lost the most money in terms of absolute dollars after the 2008 financial meltdown.

But if the Occupiers were right about one thing, it was that there is a growing inequality in American life. Scott Winship, relying on the findings of the Pew Charitable Trust’s Economic Mobility Project as evaluated by his colleagues at the centerleft Brookings Institution, shows that though the gains have not been as startling in the last few decades as they were for Americans 40 years back, what has been evident is indeed “pervasive economic mobility.” Pervasive indeed, from downward mobility from the top and middle to upward mobility from the middle. The exception, he notes, is “upward mobility from the bottom.”

Mitch Pearlstein, who worked in the Department of Education under Reagan and Bush I, and then founded the Center of the American Experiment in Minneapolis, also sees this as a growing problem. His new book, From Family Fragmentation to America’s Decline, laments this inability of many to climb their way up from the bottom rungs of society. But rather than fixating on the one percent, he focuses on the 33 percent. This is the percent of children living with one parent rather than two. These children, victims of what many call “family fragmentation,” start out with tremendous social and educational deficits that are hard to narrow, nevermind close. These are most often the children for whom upward mobility has stalled. Their economic well-being has led to decline in American competitiveness and also the deeper cleavages of inequality that have been so widely noted.

This territory is not new. In his first chapter, “From Moynihan to ‘My Goodness,” Pearlstein traces the findings of social scientists on the effects of divorce, single-parenthood, and particularly the absence of fathers from the period of Daniel Patrick Moynihan’s famous (or infamous, from contemporary leftist viewpoints) 1965 report on the status of black families. While Moynihan was careful to ascribe the then-current break down of the black family to factors like slavery, racism, and other economic factors, he was nonetheless demonized for racism in raising the topic. While other social scientists working from the 1960s to the 1980s vindicated everything Moynihan had said, it was not politically correct to say any of it, considering the opposition from multiculturalists and, of course, feminists themselves who seemed to believe not only that women, but also children, needed men like fish needed bicycles. Charles Murray’s 1984 Losing Ground had the temerity to suggest that much of the welfare state apparatus assembled since the 1960s had not only not helped family life, but incentivized divorce and single parenthood, creating the same problems among whites that Moynihan had identified among blacks. The ice was finally broken when established liberal figures like Bill Moyers and then William Galston began to publicize the realities of family breakdown.

Now it is virtually certain from a social science perspective that married fathers and mothers living together have a much greater impact on children’s future economic well-being than simply being additional “income inputs.” Pearlstein’s chapters on the effects of family fragmentation on “every conceivable measure” and on education are sobering in their completeness. Divorce and single-parenthood are seen as risk factors for poverty as well as the health, safety, and educational well-being of children across the board. He verifies this not only from studies in the U.S. but across cultures. What is particularly depressing about American family life is that American children born to two married parents are more likely to experience family breakdown (or “fragmentation” as the current euphemism has it) than Swedish children born to cohabiting parents. (Pearlstein is careful to note that this is a comparative measure— other data show that the effects of having married parents are far greater than simply legal for children. Being married is still better for kids than cohabiting.)

Like Moynihan before him, Pearlstein is careful to say not all poverty, health, and educational failure are caused by family fragmentation, but “a great deal of it is.” Given the data I cited above about the pervasive upward mobility at least from the middle classes, Pearlstein’s findings do not paint a pretty picture of America’s future. All the data, particularly from the National Marriage Project’s comprehensive 2010 study of Americans and marriage, show that the “unMarriage Culture,” as Kay Hymowitz styles it, has become endemic among the broad middle classes as well. Pearlstein’s data shows that the effects of family fragmentation are not limited to those in poverty, but affect kids of all classes who experience them. Pearlstein is at pains to make clear that he is not pointing fingers at anyone, nor is he denying that many children in single-parent or divorced homes are doing well. But all the best available data show that children in these situations are at much greater risk of educational failure and corresponding economic weakness as adults.

In a high-tech information age, the path to upward mobility is dependent on a high level of education both social and intellectual. Those who are left behind in these areas will have an increasingly difficult time not only with upward mobility but making it in general. In the groundbreaking 2008 Marriage and Caste in America, the aforementioned Kay Hymowitz described the “self-perpetuating single-mother proletariat” that had come into existence and paralleled the self-perpetuating cycle of university educated mothers who raise children who go to college, get married, and then have children. Pearlstein only adds to the case by noting that while many believe that the offshoring of jobs has been only to evade higher labor and regulatory costs, many high tech jobs are now being moved abroad because there aren’t enough Americans with enough education to handle them. This labor deficit means weakening American competitiveness is likely to worsen down the road.

The cost of family fragmentation to the American people also has a dollar-value that can be calculated approximately. Pearlstein cites Benjamin Scafidi’s 2008 study that indicated government spending to offset family fragmentation was roughly $112 billion per year, noting that this “extremely cautious” estimate left out any account of: male-headed households, government programs like the Earned Income Tax Credit, Medicare expenses associated with non-married adults and single elderly people, the “benign effects of marriage on fathers’ earning power,” and the likelihood that married parents do not avail themselves of government services to which they are entitled at the same rate as single mothers. All of these and many other less calculable concerns point to a figure much higher than $112 billion annually. If Charles Murray was right that many aspects of this expenditure only incentivize family fragmentation, one sees how great the costs really are.

What are the solutions to all this? Or, more realistically, what can even help? Pearlstein’s final two chapters on ways to strengthen education and marriage are very tentative. While he has no doubt that public education can be improved, there is a certain skepticism about the broad-based reforms which have been made over the last hundred years in education. Pearlstein thinks private religious schools are so successful because they are able to teach the unity of intellectual and moral virtue. Public schools that have succeeded are similarly “paternalistic” in that they teach reading, writing, and arithmetic, but also middle-class values like diligence, thrift, politeness, and a strong work ethic. Due to constraints imposed by teachers unions and bureaucratic red-tape, such public schools are rare and difficult to duplicate when found.

Concerning marriage, we have even less data since government encouragement of a marriage culture only began about 15 years ago. The results have not been encouraging. Pearlstein doesn’t think there is no place for government in encouraging married parenthood, but his book points again and again to the root problem: our culture. Despite the widespread impression that American Christianity is largely judgmental, Pearlstein contends that “religious institutions need to be more assertive in this realm, while being no less supportive of those in need.” Parents won’t get married or stay married to “save the economy” or “lessen inequality,” but they will for deeper reasons that will have the same result.

[ This review appears in the Fall 2011 issue of Religion & Liberty.]