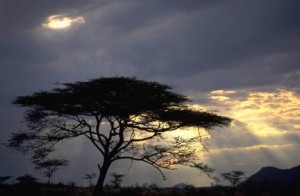 [1]In a (very) recent episode of the confessional Lutheran podcast “Issues, Etc.,” Matt Harrison, interviewing Allan Carlson, reflected on the meaning of the recent election for social conservatives. I’m sure we’ve all been immersed in this sort of thinking, this past week or so: Harrison said that “while there’s not an inevitability to this, we may have crossed a cultural threshold…”

The majority of the American people, I’ve heard in the last couple of days, have, in a clear-eyed, dispassionate way, knowing what they are choosing, chosen the most extreme of anti-life and anti-family social agendas. And it’s over for us, people say: we’ve lost the culture. I’ve heard a lot of despair.

What, in the face of this, is the purpose of writing editorials, of writing and publishing and reading little essays about the conceptual connection between abortion and Monsanto’s genetically altered suicide seeds, for example? Or the possible natural-law basis of walkable neighborhoods?

This is the question facing all us writers, all us editorializers and opinion-expressers and page designers and publishers who spend our time clicking together sentences into paragraphs, or figuring out where a page break should go or what image goes with which idea.

During the middle of the last century, Marshall McLuhan came up with the term “media ecology” to describe the fact that when a new medium comes on the scene, it changes the existing culture not simply by adding to it, but by changing its nature fundamentally. A forest plus a wolf is a different forest.

He was focusing on media—the printing press, television, the radio—not ideas expressed in a medium, but—as I was turning the phrase over in my thoughts—I decided that the metaphor works for ideas as well. The American conversation without cultural conservatives would be a fundamentally different thing. Simply by being part of the conversation, even if our voices are not loud, even if we feel drowned out, we change the nature of that conversation.

That’s on the secular social science level, and it is, sort of, comforting, and it is true. But as I was having all these thoughts, groping through the phrase “media ecology” to look for the metaphor I felt would crystalize this idea, I realized that someone had already done it—someone had made the right metaphor two thousand years ago. “The kingdom of heaven,” Jesus pointed out, “is like leaven that a woman took and hid in three measures of flour, till it was all leavened.”

And I realized then that the answer to “why write? Why talk? Why read? Why publish?” is that we are not primarily writing and reading and publishing to “fix” the City of Man. I mean, maybe things will in the future “swing our way,” and maybe our words will have had something to do with the restoration of social conservatism in America. But maybe not.

But the thing is, that was never—it never should have been—our major vision for writing anyway.  Why write, in the first place? The answer is the same answer you’ve got to give to “Why garden?” “Why have babies?” “Why build a house?” The answer is, because we are called to, we are called to be makers, because we are made in the image of a creator, and this is part of what it means to be fruitful, to have dominion, to be humanity, restored in Christ, as God intended us to be. It is by being the best humans we can be, the best makers we can be, that we will do the best for the culture at large.

If we’re writers, then we write because it’s our part of the human task to do this, to write essays and publish them, the way we might bottle peaches, or crochet granny squares, or install insulation. When we are in Christ, and being in Him, offer him our work, it lasts into eternity; I think it ends up as part of what we’ll be able to get from the libraries and bookshops in the New Jerusalem. It’s not about “turning America around;” it’s about living in the Kingdom now, being ambassadors from another city, being a light in a dark world. Living the cultural life of eternity, starting now.

And so discouragement because of the election is beside the point. It’s not primarily about activism, or about politics. Rather, as writers and readers and editors and publishers and Facebook-commenters, we’re operating on two levels:

One of the things that we need to build and grow (in ourselves first of all) is a true worldview, an accurate Weltanschauung, where Christ and us and the state and gardens and history and Patrick O’Brian novels and home-made bread and old episodes of the Rockford Files all have their appropriate place and meaning.

1. Learn stuff (gather your materials; start with the external world; start with what has already happened in history and what’s currently going on in debate)

2. Make something (write an article, organize a conference, or a salon-type dinner, put together an anthology)

3. Share it (publish the anthology, publish the article, invite people to the dinner or conference and then actually hold the darn thing)

4. Talk about it (promote an appropriate afterlife for the cultural product, where people whose minds and hearts might be affected by it interact with each other, draw out the implications, and are hopefully inspired to use the product as material for their own projects, and the cycle continues.)

I don’t of course mean that we are the ones who have it all figured out and we just need to deposit our wisdom with others. Anything that’s true and good that we have figured out doesn’t come from us, but comes to us as a gift, first of all. And we all still have plenty to learn. But we have—I think—closed our jaws on at least some part of the truth, and we’ve found ourselves nourished by it.

So discouragement in the face of electoral defeat is the last thing that we can succumb to now. Rather, now more than ever, let’s eat more truth, let’s be open to learning more, let’s use conversation and exploration and essays and anthologies to refine and if necessary change our ideas and practices, let’s bring others in on this feast, and let’s do it all with hearts that are full of the charity that we’ve found.

Also let’s remember four other things: 1: People can be Christians in God’s sight without agreeing with us about… tax rates or the desirability of walkable neighborhoods or whatever; 2. Getting people to agree with us about tax rates or small business ownership is not the same as bringing them to Christ. And it is not as important; 3) Making sure that we have good ideas is not the same as seeking to be reconciled with God, and it is not as important. Justification by economic opinion alone was not ever anyone’s argument, at any point in Church history; and 4. Writing and speaking and so forth are not the same as what you Catholics refer to as the “corporal acts of mercy.” We cannot dare to write essays explaining to people how to “keep warm and fed,” without, at least sometimes, choosing to patronize a more expensive family business, or donating our time to a soup kitchen. And I am speaking to myself, in this reminder.

And also let’s remember that Step Zero in the cycle of culture making above is to pray. So that, in my Evangelical way (because I am in fact a stealth Evangelical Anglican among you), is what I will leave you with: our first assignment as readers and thinkers and writers is to ask God to make us fruitful, to be with us in our making. To make us, truly, leaven.