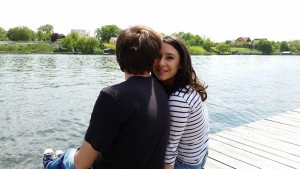 [1]By now, every Catholic — and a whole bunch of non-Catholics — are aware the Church faces a vocations crisis.

Yes, we need more women and men discerning a call to join the religious life and the priesthood. It’s important that adults in the pews encourage such discernment as a legitimate, honorable and holy life choice for a young person. The future of the Church will look much different if that doesn’t happen.

That isn’t the vocation about which I’m talking right now. I’m thinking of an equally important vocation.

Think of the last Mass you attended. You may have heard a petition asking “for an increase in vocations to the priesthood and consecrated life.” Or imagine a large gathering of high school young men and women in which students are asked: “If you are considering the priesthood or religious life as a vocation, please stand so we can pray for you.” When they stand, everyone applauds their courage and holy desire. Then they sit down and things proceed.

They are left to think: “Whew! The pressure is off. I’m not being called. I can live the life I want to live, the way I want to live it.” Those young men and women flip the switch to “automatic,” which means staying single or getting married.

Alas, to them, marriage isn’t deemed a true calling, a genuine life vocation. The message is that getting married is the default status for Catholics — same as the rest of society.

The crisis in sufficient religious vocations saddens me beyond description. The priests and nuns I have known — more than I can remember — profoundly influenced my life. They still do. We certainly need to pray for increased numbers of women and men who say “yes” to the call to the priesthood and consecrated life.

This might be politically incorrect to say, but … my life largely has been affected even more profoundly by members of the Catholic laity who faithfully answered the call to their specific vocation. They have been women and men faithful to their call from God to live a sacramental marriage.

That vocation has been under assault for much longer.

Many words have been written and spoken about “traditional marriage” being in danger, usually in relation to the tide of momentum in favor of “same-sex marriage.” That truly is a serious issue. Same for the increasing shortage of priests in the American and, indeed, the universal Church.

But marriage and the “traditional family” has been in crisis for a much longer time.

God calls most men and women specifically to be married. And it requires courage and holy desire to seek a sacramental marriage, one that models Christ’s love for the Church.

Young people largely don’t consider marriage a vocation — a call to a specific state of life, a commitment not just to a person with whom they are in love but whom they pledge to help get to heaven. Instead, it’s what people are supposed to do after they have been dating for a while and only until something better or easier comes along.

What if we send a message that there is nothing better or more important than hearing God’s call to such a way of living? What if we proclaim that discernment should include marriage as sacramental, a legitimate, honorable and holy life choice for a young person? I know there have been ideas and efforts to do that through the years. It hasn’t helped yet. We must change that.

The future of the Church, tragically, will look much different if that doesn’t happen.

This article appeared previously in the St. Louis Review.