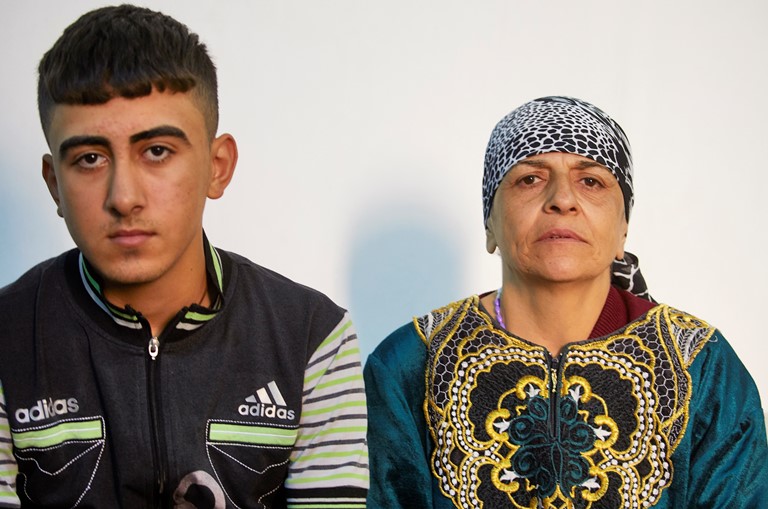 Late last year, Ismail fled Mosul with his mother Jandark Behnam Mansour Nassi (55), the two having survived ISIS’ reign of terror for two years. From the safety of Erbil, Kurdistan, the Iraqi Christians, former residents of the town of Bartella, on the Nineveh plain, told their story to international Catholic charity Aid to the Church in Need.

“I was put in the prison of Bartella,” confirms Ismail. “One day a Shiite was shot dead right in front of me. The terrorists told me: ‘If you do not convert to Islam, we will shoot you as well.’ That is when I converted to Islam. From that time on, we concealed that we were Christians.”

“We received a document from ISIS stating that we were Muslims,” continues Ismail. “That way, I could go out on the street in Mosul, though you could not be sure of your life. Once, I was beaten up because my trousers were too long.”

“Another time, when I was going to the mosque with the jihadists, our path was blocked. Suddenly we were passed by men in orange suits, held at gunpoint by a group of ISIS children. The children executed them with pleasure.”

“Another time I ran into a big crowd on the street. There was a woman; her hands and feet were tied. The ISIS terrorists drew a circle around her. If she got out of the circle, she would live, but that was impossible because she was tied up. While her relatives were crying and begging for a pardon, the jihadists threw stones at her until she died.”

Ismael’s story continues: “ISIS put me in a correctional camp. I had to grow out my hair and grow my beard. My mother got a black, all-concealing robe, but she was not allowed to go outside. ISIS warriors wanted me to marry, so I would be one of them. I objected, stating that I was too young: just 15. But even boys as young as 13 were getting married.”

“My son was forced by ISIS to practice Islam and I was tortured for not knowing anything about Islam and the Koran,” says his mother. “I am embarrassed for having had to profess Islam,” says Ismail.

He adds: “Men were forced to pray in the mosque on Friday. Anyone who would walk the streets during Friday prayers would be beaten. Preachers proclaimed that Assyrians were evil and that Christians did not believe in the right way.”

“Then the ISIS warriors discovered my necklace with a cross. They beat me and I had to study the Koran for a month. I was hit whenever I could not answer their questions the way they wanted me to, and my mother was stung with long needles because she had not studied anything from the Koran.”

Then the battle for the liberation of Mosul began in the fall of 2016. “When the terrorists grew too busy with the battle, they abandoned us,” says Ismael, continuing: “We took a taxi to the front, heading towards our freedom, but ISIS snipers tried to shoot us. We ran for cover into a house. After hours of fighting, my mother and I were able to leave the house, waving a white flag. Soldiers of the Iraqi army welcomed us. We were free!”