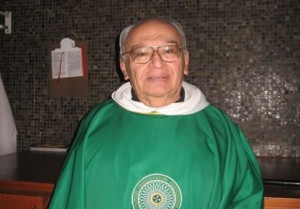 If you’re not familiar with “liberation theology,” chances are you’ll be hearing more about it in the weeks and months ahead as Archbishop Gerhard Mueller, the newly appointed Prefect of the Congregation for the Doctrine of the Faith (CDF), is said to be a student, friend and supporter of Fr. Gustavo Gutiérrez, the “father” of the controversial movement.

“The theology of Gustavo Gutiérrez, independently of how you look at it, is orthodox,” Archbishop Mueller said in 2008, ultimately describing liberation theology as “participation in the life of the poor” and “their eagerness to respect human rights and demand for fair share in cultural and political life of democracy.” [i]

In reality, the “liberation theology” label has been applied to a range of ideas – from initiatives that laudably call attention to the plight of the oppressed, to political movements inspired by Marxism – and it is errors within this latter group that has elicited condemnation from Rome.

So, where does the teaching of Fr. Gutiérrez lie within this spectrum?

In 1983, Cardinal Joseph Ratzinger (then Prefect of the CDF) sent a letter to the bishops of Peru requesting an investigation of Fr. Gutiérrez’s theology citing the following areas of concern: [ii]

• A Marxist view of history
• A selective reading of the Bible that overemphasizes the poor
• Treating the Holy Spirit as a source of revelation separate from the Church’s Tradition and teaching office
• A class-ridden theology
• An emphasis on building the kingdom through class struggle; a process which also involves changing the structures of the Church
• Making the Church into a partisan group, an idea which puts in jeopardy the hierarchy and its legitimacy
• A neglect of the beatitudes
• A Marxist perversion of the Gospel

In conclusion, Cardinal Ratzinger wrote of Fr. Gutiérrez’s theology, “There are grounds for being deeply worried.” [iii]

Cardinal Ratzinger was concerned with the theologized activism that twists the “preferential option for the poor” into a call for men of goodwill to enlist in a “class struggle” on behalf of the marginalized; preaching a gospel that is far more political concept than call to holiness; drawing upon the Marxist supposition that the proletariat (workers) must engage in a revolution against the bourgeoisie (land owners and capitalists) that serve as their oppressors.

The doctrinal difficulty lies, in part, in the fact that this approach tends to focus on the “systemic sin” of the culture while overlooking the struggle against personal sin that is the indispensable key to developing human dignity for both rich and poor.

By replacing the demands of holiness with a political movement based on class warfare, activists in this movement often rail against the hierarchical distinctions that are naturally found within society and elsewhere. It should come as no surprise, therefore, that liberation theologians often find themselves at odds with the Holy See in matters of doctrine, the interpretation of Sacred Scripture and the application of each in the specific circumstances of life.

For the liberation theologian, the “conditions on the ground,” especially as viewed through the eyes of the poor, is the interpretive key to divine revelation; an approach that presumes to create an alternative teaching authority apart from the official structures of the “hierarchical Church.”

“Previously it was the Church, namely, the Catholic Church in her totality – a totality which spanned time and space and embraced laity and hierarchy – that constituted the hermeneutical (interpretive) criterion; now it is the ‘community,’” Cardinal Ratzinger said speaking of liberation theology. [iv]

Cardinal Ratzinger’s condemnation was addressing, in part, the tendency of liberation theologians to paint as evil structures that admit of distinctions among peoples, while in reality, many such organs admirably serve the common good and can even be recognized as divinely instituted; e.g., the hierarchical structure that exists in the Church, in marriages and in families (see Ephesians 5).

Hierarchical order, in other words, is not simply a human construct that must be dismantled; rather, it is reflective of man’s very nature. Therefore, to revolt against those structures that provide for both governors and governed, business owners and workers, private property holders and renters, etc. and to portray them as a cause of liberation after the example of Christ not only distorts revelation; it risks doing violence to the human person.

To complicate matters, liberation theology can at times reflect enough of a thread of truth that it appears praiseworthy. For instance, Fr. Gutiérrez maintains, “The class struggle is a fact; neutrality on this point is simply impossible.”

Initially, this may seem reasonable given the fact that neutrality with regard to the plight of the poor is indeed impossible for a well-formed Catholic conscience, but Cardinal Ratzinger rejects this dichotomy as false in that it suggests that the Church must enter into the “class struggle” lest She be consigned to favoring the rich. [v]

While liberation theologians often look to the Pastoral Constitution on the Church in the Modern World of Vatican II (Gaudium et Spes) for justification, the actual text of the document does far more to refute their movement than to support it.

For instance, in its treatment of atheism, the Council indirectly addresses the often earthbound focus of liberation theology stating, “Among the forms of modern atheism is that which anticipates the liberation of man especially through his economic and social emancipation” (GS 20).

The Council Fathers continue, “To be sure the disturbances which so frequently occur in the social order result in part from the natural tensions of economic, political and social forms. But at a deeper level they flow from man’s pride and selfishness, which contaminate even the social sphere” (GS 25).

The attentive reader will notice that the Council is affirming that “natural tensions” are to be expected in society, and they are due to “pride and selfishness” such as they exist in any and all men, whether rich or poor.

“When the structure of affairs is flawed by the consequences of sin, man, already born with a bent toward evil, finds there new inducements to sin, which cannot be overcome without strenuous efforts and the assistance of grace,” the Council Fathers continue (ibid).

The flaws in society, in other words, are not necessarily to be found in those structures that admit of temporal disparity among peoples; rather, it lies in the existence of sin. The remedy, therefore, is not to tear down the structures themselves in some ill-defined “class struggle;” rather, it lies in calling upon “individual men and their associations to cultivate in themselves the moral and social virtues, and to promote them in society” (cf GS 30).

Fr. Gutiérrez plainly acknowledges these admonitions, but his response constitutes a classic example of “spirit of Vatican II” progressivism.

“These assertions presuppose, negatively speaking, that liberation must be placed in a wider context; they criticize a narrow vision. They allow, therefore, for the possibility of a ‘genuine and total’ liberation,” he wrote, misappropriating a phrase found in GS 10. [vi, vii]

“Unfortunately, this wider perspective is not elaborated,” Fr. Gutiérrez observes, ultimately concluding that Gaudium et Spes “is but a beginning.” [viii]

In light of this, one wonders; does his appointment as Prefect of the CDF serve as an indication that Bishop Mueller’s assessment of Fr. Gutiérrez’s theology has since shifted in the direction of his predecessor, Cardinal Joseph Ratzinger?

The importance of this question has little to do with “liberation theology” itself; rather, it concerns the treatment of the doctrine of the faith and can thus be restated: To what extent does Bishop Mueller accept Gutiérrez‘s premise that the Council is “but a beginning” to be elaborated upon, wherein the theologian is justified in going well beyond not only that which the conciliar text plainly states, but tradition itself?
_____

Apparently, the Holy Father shared these concerns as well. Many will recall witnessing in that very same year (1983) the unforgettable image, telecast worldwide, of a visibly upset Pope John Paul II pointing an angry finger at a kneeling priest, Fr. Ernesto Cardenal, on a tarmac in Nicaragua; scolding him for maintaining an official post in the Marxist-influenced Sandinista government against the Holy See’s wishes.

At primary issue was Fr. Cardenal’s devotion to a liberation theology