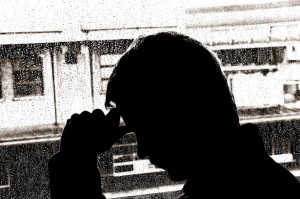 [1]Should sex offenders be castrated? Oklahoma legislators are considering a controversial bill [2] to authorize chemical castration as condition of release for convicted sex offenders. Seven other states have similar legislation already in place, although reportedly, it’s used infrequently.

Backers say the bill will dramatically reduce the incidence of sexual violence and end repeat offenses. It would allow first-time offenders of violent sexual acts to be released from prison early if they agree to chemical castration which kills all the testosterone in the body. After a second offense, the chemical castration would be a requirement if the inmate wants out.

Opponents point to statistics that show time spent in prison alone lowers recidivism and that sexual violence is really about power and control. They also claim that castration, whether chemical or surgical, is cruel and unusual punishment and thus, unconstitutional.

There are side effects such as an increase in body fat while bone density is lost. Extended treatment could also result in heart disease and osteoporosis.

Chemical castration is currently used in Portugal, Denmark, Germany, Poland, Moldova, Macedonia, Estonia, Israel, Australia, India and Russia among other countries. Some of them such as in the Czech Republic, also permit surgical castration.

Aside from politics, there is religion. Is this an eye for an eye, a tooth for a tooth type of retaliatory punishment that Jesus put to rest by preaching mercy? Is there a public safety versus individual rights argument? What does the Catholic Church say about castration?

“In general, there is a problem with mutilatory actions that are directed against individuals, that is to say, actions which are non-therapeutic and damage the integrity of the body.,” according to Father Tadeusz Pacholczyk, Ph.D., Director of Education at The National Catholic Bioethics Center in Philadelphia.

He referred to the Ethical and Religious Directives for Catholic Health Care Services [3] issued by the US Conference of Catholic Bishops: “All persons served by Catholic health care have the right and duty to protect and preserve their bodily and functional integrity. The functional integrity of the person may be sacrificed to maintain the health or life of the person when no other morally permissible means is available.”

Thus, there is a moral concern, according to him, especially if other treatment means were not exhaustively pursued, such as incarceration, directed treatments and therapies, counseling, and spiritual support. “In principle, the ordering of various punitive measures should be towards rehabilitation and repentance, not towards inflicting unreasonable or disproportionate harm upon an individual who has committed an offense,” he said.

The appropriateness of “chemical castration” for sex offenders will likely depend on the details of the situation and the specifics of the treatment., Father Pacholczyk said. Part of the determination, he explained would be if there is a pathological situation involved that could be brought back to a ‘normal baseline’ of some kind. “I have heard of cases, for example, where individuals struggling with their own hyper-sexuality, linked with bipolar, were getting dangerous to themselves (though they had not committed sex offenses yet) and they made requests for libido-reducing drugs to help get them onto a more even keel (and perhaps even stave off an eventual sex offense).

For situations of offenders who seem to be locked into sexual overdrive, he said that using testosterone-lowering drugs could be part of a more broad-based approach which included psychological and other supportive counseling. But then, that is treatment and not castration.

“If the intended goal is actually different, perhaps driven by vengeful motives related to crimes committed, and involved using inappropriate doses of powerful drugs so as to actively strip away any vestige of an offender’s personal sexuality and render him sterile, androgynous, and/or inert, this could raise legitimate ethical concerns about violating that individual’s bodily and personal integrity,” Father Pacholczyk said. “This would be a concern, of course, regardless of whether the mutilatory procedures were carried out through chemical or physical castration.”