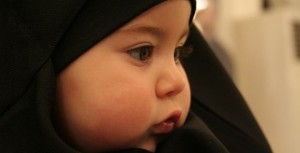 [1]Iran’s fertility rate has crashed over the past few decades of Islamicist rule. So much so that the mullahs who run the country are now calling for more babies to be born.

How did things come to such a pass?

After all, the Koran, like the Torah and the Bible, strongly endorses the idea that babies are blessings and encourages strong families. Most mullahs originally opposed not just abortion, but sterilization and contraception as well. And there was a brief flourishing of fertility following the Islamic Revolution, in which the early eighties saw women averaging over six children.

The mullahs, who had nothing but disdain for the free market and foreign trade, led the country into a recession soon after taking power. Western investors took flight. As the economy went into a downward spiral, they, along with the Iranian people, began to rethink their commitment to the family.

The population controllers, who were waiting in the wings, scented an opportunity.

The population control movement has long sought out and cultivated liberal Muslim clerics, encouraging them to rethink Islam’s traditional encouragement of childbearing. They know that Islam lacks a central religious authority, and that any imam can issue a fatwa—an Islamic religious opinion.

This strategy was successfully implemented in Egypt in the 1970s with a series of projects on “Population in the Context of Islam.” By the late 1980s, Egypt had accepted and affirmed family planning. The Egyptian birthrate soon plummeted.

Similar efforts in Iran in the early 1980s, combined with the deepening recession, induced the Iranian government to make a similar about face. Departing from the traditional Islamic understanding of children as a blessing, the government began a foreign-inspired and supported campaign against the large family.

The principal architect of Iran’s population control program was Hossein Malek-Afzali, a physician who was, like most population controllers, trained in the United States, in his case at the University of California at Los Angeles.

First of all, the ayatollahs themselves began speaking out in favor of contraception and sterilization at their televised religious services. Many a village mullah followed suit, devoting part of his Friday sermon to encouraging his followers to visit the local birth control center.

The government—controlled by the ayatollahs, of course—followed suit. Television programs were produced and broadcast that openly promoted family planning. A network of volunteers was set up to go house to house and urge women to limit their childbearing. At the same time, the government began offering free contraceptive services—including pills, condoms, IUDs and the contraceptive patch—and free sterilization.

This national campaign, in conjunction with Iran’s continuing economic turmoil, quickly made inroads into the fertility of the population. The fertility rate shrank dramatically, until by 2010 it stood at 1.6 children and falling.

The United Nations now projects that Iran’s population will peak in a little more than 10 years, and then begin to shrink. This is the U.N’s low variant projection, historically the most accurate. The medium variant gives Iran 20 years before the population begins imploding. In the long run, it makes little difference.

The ayatollahs, seeing the handwriting on the wall, have now changed their minds again. Confronted with the reality of an aging and dying population with no replacements in sight, they have begun encouraging more children. They have embarked upon a program of government aid, such as creating and funding a bank account for each child born. They have abolished their counterproductive birth control program.

Would that they had left well enough alone.