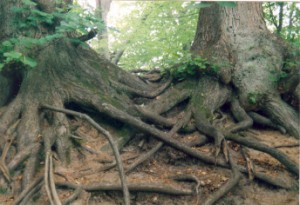 [1]Question for those of you concerned about the size of federal debts and deficits: Would you endorse a plan which would add another five or six trillion dollars to the federal debt over the next decade while increasing Uncle Sam’s annual expenditures by $1.1 trillion? If so, you’re in luck. House Budget Committee Chairman Paul Ryan (R-WI) recently unveiled just such a plan.

Naturally, Democrats immediately denounced Ryan’s plan as “radical.” They think the increases in spending and debt should be much larger. It shows how far the goalposts have been moved in American politics that adding multi-trillion-dollars of debt is the most conservative proposal anyone in government has made. How would you like your government debt, Mr. or Ms. Citizen — gargantuan or astronomical?

Ryan proposes to reform Medicare and Medicaid so that they don’t bankrupt the country. Why is that demonized as “war on the elderly and poor” (the phraseology of Illinois Democrat Jan Schakovsky), but nobody talks about waging “war on the young” by saddling the rising generation with trillions of dollars of debt?

Ryan’s plan is bold in comparison to the status quo in Washington, but it isn’t radical. You want “radical?” How about getting government out of the medical field entirely? Since the creation of Medicare and Medicaid in the 1960s, medical costs have soared far beyond the rate of inflation. More than that, market competition has been diminished and fraud and inefficiency have ballooned apace with the growth of these two medical bureaucracies. (Why do liberals rant and rave about the Pentagon’s inefficiencies, but remain silent about the similar inefficiencies of Medicare and Medicaid?) Ryan’s plan is statist to the core, promising seniors large government subsidies with which to choose from a slate of government-regulated health care plans.

At this stage, Ryan’s plan is academic. Its combination of spending cuts, tax cuts, and devolution of administration of government programs from the federal to the state level — while a significant improvement over the fiscal insanity of recent years — is dead in the water until at least 2013.

If you doubt that, look at the recently concluded “government shutdown” soap opera. The government is going broke, the Republicans were asking for a giveback of less than 10 percent of the Obama/Pelosi/Reid spending increases, but the Democrats — famous for extolling bipartisanship — threatened to shut down the government rather than make such a modest compromise.

It will be interesting to see how long Ryan’s fellow Republicans in the House stand by his proposals. The coming vote is largely symbolic. The real test will be when Republicans have to face the voters in close re-election races next year. A majority of Americans may say that they favor reduced federal spending and smaller deficits, but when push comes to shove, how many will vote for a legislator who actually shrinks programs from which voters benefit?

Even if Ryan’s plan, by some miracle, were to be enacted, nothing fundamental would change. Uncle Sam will remain a gigantic, meddling nanny, interfering with our lives and progressively eroding our liberty, entangling us in a corrupt network of special privileges that murder justice and bury the rule of law.

Ryan’s plan is a futile attempt to square the circle. He is trying to find a way to preserve an inherently flawed system—a democratic transfer society — whereby government somehow takes care of all of us without eventually spending itself into bankruptcy.

The Ryan Plan is not radical; that is, it doesn’t get to the root of the problem. It never questions the legitimacy of government redistribution of wealth. The mechanisms, rationale, and justification for Big Government remain unchallenged. Although a significant step in the right direction (i.e., less federal spending), Paul Ryan’s plan ultimately is not a cure for what ails us.