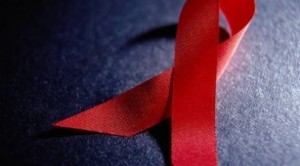 [1]In July the U.S.will host the International AIDS Conference and there is promising news. The experts are now convinced that treatment is prevention. If those who are infected are identified quickly, treated so that their viral load is lowered, not only do they have a good chance of remaining relatively healthy longer, the risk that they will pass the virus on to others is greatly diminished.[1] [2] There has already been a dramatic drop in mother-to-child infection. Transmission among all risk groups — except men who have sex with men (MSM)– has dropped.

Why is this happening when HIV is a totally preventable infection? Because gay AIDS activists have systematically opposed every proven strategy for the control of a sexually transmitted disease; namely: routine mandatory testing of those at high risk, contact tracing, partner notification, closing of venues where the disease is known to spread, and prosecution of those who, having been informed they are infected, infect others or have sex with others without revealing their HIV status. Study after study shows that MSM routinely put others at risk. A study by Binson et al. found that 42.5% of MSM who frequent ‘gay’ bathhouses engage in unprotected sex with nonprimary partners.[3] [4] The participants were not tested, but among bathhouse attendees, 23% said they were HIV positive.

Why does HIV continue to spread among MSM? MSM know they are at risk and yet do not get tested; if they are tested, they don’t pick up the results; even when they know they are infected they continue to engage in high risk activity.

In England 28,530 MSM who attended STD clinics for treatment of other STDs were anonymously tested for HIV. Of these 3,593 (12.9%) were HIV positive. 2,520 of these had been previously diagnosed.[4] [5] This alone should be of concern since infection with another STD is a sign that these HIV positive men or their partners were having sex with other partners. Not only could these encounters spread HIV, but infection with a new STDs could complicate treatment for HIV.

Of the remaining 25,910, 11,655 (45 %) refused voluntary counseling and HIV testing (VCT) even though the fact that they were infected with another STD meant that they were engaging in sex with multiple partners and at high risk for HIV infection. Of those 11,655 who refused VCT, the anonymous testing revealed that 737 were HIV positive. These 737 HIV positive men went back into the community, untreated, and purposefully ignorant of the threat they posed to others.[5] [6]

If every MSM who tested positive for another STD was also tested for HIV, if he was required by law to give public health officials the names of his partners or at least the places he engaged in unprotected sex, if the partners were notified, and, since the act most likely to transmit HIV requires privacy, if the places where infections were shown to take place were closed or fined for allowing dangerous activities, the rate of new infections among MSM might finally start to decrease.

During the SARS scare in 2003, Charles Bouley, a gay advocate pointed out, that “HIV should have been treated like a fatal communicable disease, just like SARS is being treated,” instead “our community, who screamed for our sexual freedom, got to continue having sex however we wanted.”[6] [7]

Consider the difference between how HIV is treated and how TB is treated. Those who are found infected with TB who refuse to comply voluntarily with a treatment program can be forced to undergo “court-ordered treatment or detention.”[7] [8] On the other hand, MSM at high risk often refused to be tested, don’t seek early treatment, and continue high risk behavior, putting others at risk and incidentally raising the cost of health care for us all, since it is estimated that treatment for HIV infection will, over the infected person’s life time, cost $618,900.[8] [9] Yet gay AIDS activists defend MSM’s right not to be tested and, according to Dr. Thomas Friedman, director of the CDC, no one is even suggesting mandatory treatment.[9] [10]

Why? Because those in the public health field have deferred to gay AIDS activists who place unfettered sexual freedom above every other consideration.

And so the epidemic rolls on. This year and next year and every year for the foreseeable future 6,000 MSM will die of AIDS related conditions.