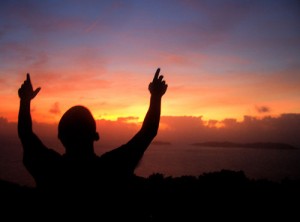 Who among us has not, in a whimsical or polemical moment, deployed religious metaphors to criticize or belittle a professional or ideological adversary who does not quite see things the way one might wish?  That economist at OMB genuflects only at the altar of efficiency and net social benefit notwithstanding clear statutory directives to the contrary.  A colleague at the office worships the job to the exclusion of family and friends.  And there is the politician who is overly devoted to the catechism of (fill in the blank) labor, business, feminism or the Second Amendment.

In more sober moments, we admit that these verbal ripostes are not to be taken literally, more products of a wicked sense of humor than anything else.

Such is not the case with Robert H. Nelson’s book, The New Holy Wars: Economic Religion vs. Environmental Religion, (The Pennsylvania State University Press; 388 pages; $24.95 (paper)) in which he aims to deconstruct modern economics and the environmental movement, purporting to reveal them as literal religions.  These are attenuated Protestant sects, “Calvinism minus God,” complete with a Creation story, Garden of Eden, the Fall and a path to Salvation.

Nelson has also written a previous book on economics and its religious role much of which he incorporates into this volume.  In his new book he describes a religious war, “progress” versus nature, between these two religions and questions their intellectual and constitutional legitimacy in the public square.

Nelson, a former columnist for Forbes and for many years an economist at the Department of Interior, is now a professor of public policy at the Universityof Maryland.

Nelson’s mode of analysis is one of “secular theology” which does not require God or even a transcendent reality to qualify a way of thinking or behaving as “religious.”  A religion may be spiritual without being divine.  The person with a secular religious orientation relies on it as means of apprehending, perceiving or understanding the world, its meaning and his or her relationship to it.

Human beings do require some means of coming to terms with all that life has to offer-the good, the bad and the ugly, not least of which is the fear of non-existence.  Thus, absent, say, the God of Abraham, Isaac and Jacob, people will look for another over-arching framework to ground their lives in some kind of meaning.  The psychiatrist and Holocaust survivor, Victor Frankl, called this “logotherapy.”  Results will vary.

Viewing the 2005 documentary film, Grizzly Man, by German director Werner Herzog, calls to mind G. K. Chesterton’s famous line, expressed by his literary sleuth, Father Brown, in “The Oracle of the Dog” (1923):  “It’s the first effect of not believing in God that you lose your commonsense and can’t see things as they are.”

The film focuses on Timothy Treadwell who spent 13 summers videotaping a hundred hours of his close, too close, contact with the mighty grizzly bears of Alaska-up to and including his death, and that of his girl friend, at the paw of one of these towering predators in their tent one rainy afternoon.

Treadwell’s self-recorded video footage combines outstanding wildlife shots with self-absorbed soliloquies on his extreme, dysfunctional love and affection for the bears, an obsessive anthropomorphism really.  “He was treating them like people in bear costumes,” said a pilot who found their remains.  Treadwell saw the bears as his salvation from his former alcohol abuse and the void in his life.  He made them his vocation.

In one manic scene, Treadwell vents his rage at a nonexistent, or at least an unresponsive God for failing to deliver rain during a drought which is hindering the migration of salmon, an essential food source for the bears.  He excoriates Christianity, Islam and Hinduism in one long rant.

The irony of Treadwell’s vocation to the bears is that he contributed nothing to their survival.  Herzog make it clear that theAlaskapopulation was healthy and stable.  By habituating the animals to human contact, he was putting them at greater risk from the inevitable and fatal encounters increased thereby.  He frequently violated park regulations requiring a one-hundred-yard distance between bear and human.

Robert Nelson has a relatively easy time of it pointing to the Calvinist roots of John Muir, David Brower and other early environmentalist, highlighting the awe and inspiration they found in nature while jettisoning their traditional Protestant, i.e., Calvinist or Presbyterian backgrounds.  The same is true for the lapsed Southern Baptist, E.O. Wilson.  Nelson quotes the contemporary environmental advocate on climate change, Bill McKibben, who has written that “many people, including me, have overcome it [crisis in belief] to a greater or lesser degree by locating God in nature.”

Before the Puritans, the Presbyterians and the Transcendentalist, there was John Calvin and his counsel to find God in the “Book of Nature” which parallels other sacramental religions.  The Jesuit poet, Gerard Manley Hopkins, in “God’s Grandeur,” penned the following vision of nature fraught with the divine: “The world is charged with the grandeur of God/It will flame out, like shining shook foil/It gathers to a greatness, like the ooze of oil/Crushed.”  Still,Americawas a Protestant country, and that is where so many social movements started.

Nelson pushes beyond the limits of credulity when he speculates that environmentalism might evolve into some new form of Christianity without identifying which parts of the Nicene Creed it might embrace.

Nelson links economics and religion, going back to the social gospel movement and its transformation into Progressivism, with its emphasis on scientific management, centralized government concentrated inWashingtonand the control of nature.

The effort to save the world through the elimination of want is at the heart of economic religion, says Nelson.  Twenty of the fifty founding members of the American Economic Association, in 1885, were Protestant ministers.  Richard T. Ely, one of the leaders of the social gospel movement and the new Association, argued that economics should be located in schools of theology.

The economics profession is the modern “priesthood,” now tarnished by the recent recessionary meltdown. Faith in economic religion and centralized government has been undermined by the horrors of the 20th century-the Holocaust, the Gulag-argues Nelson.  The rise of environmentalism is also symptomatic of the decline in faith in economic religion and its related heresy of progress.

Robert Nelson, a practicing libertarian, values human freedom over efficiency and central control or planning and derides benefit-cost analysis, the Endangered Species Act and wilderness policy in the face of Darwinian evolution and the presence of human beings on the landscape.  He criticizes Keynesianism and ecological theory.  Surprisingly, he calls for a fusion of libertarian and environmentalist perspectives, basically a new religion.

Assume there is a religious element in economics or environmentalism.  Do we really want to play Grand Inquisitor and sanitize the public square of any religious influence?  The ideas, policies and programs proposed by these movements, be they religious or secular, are subject to public debate and democratic processes just like any others.  The Abolitionist movement in the 19th century was a vibrant Evangelical movement.  It opposed slavery and inordinate consumption of alcohol.  It was right on those matters, wrong on Prohibition.  The Reverend Dr. Martin Luther King defended natural and civil rights from hisBirmingham jail cell, citingSt. Paul.  Jews as well as Christians support the state of Israel for many reasons, many of which are deeply religious.  And the Declaration of Independence recognizes a Creator who guarantees inalienable rights.  Religion in the public square is as American as apple pie.

The Establishment Clause was enacted for the protection of religion as much as the state, a point often overlooked by friends and foes alike.

In his classic study, The Varieties of Religious Experience (1902), the pragmatist William James, wrote, “Saint Teresa might have had the nervous system of the placidist [sic] cow, and it would not now save her theology, if the trial of the theology by these other tests [philosophical reasonableness, moral helpfulness] should show it to be contemptible.”

“And, conversely, if her theology can stand these other tests, it will make no difference how hysterical or nervously off her balance Saint Teresa may have been when she was with us here below,” said James.

So lift a glass to James Madison and his First Amendment which has allowed believers and unbelievers alike to flourish including economists, environmentalists and libertarians. May it ever be so.