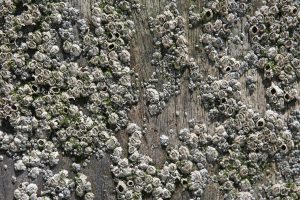 [1]I could have been talking to the devil rather than a man ordained as a Catholic priest. He clings to the title “Father” while operating far outside the Church. During an interview with him for another article, at one point he yelled, “Screw the Catholic Church!”

He said that he hates JPII and that, “Pope Benedict XVI hurried up and had him canonized to hide all the abuse that occurred during his pontificate.” The conversation began nicely enough, but after I asked if he believed in the True Presence of Jesus, anger erupted, unleashing hatred against the Church.

This man is part of a contingent of 150 priests with CITI Ministries, Inc., formerly known as Rent-a-Priest. Their acronym stands for “Celibacy is the Issue,” but they also have issues regarding contraception, same-sex marriages, and women priests.

The priests in the directory have websites offering services (for a fee) such as weddings, funerals, and baptisms. Some of the priests are officially laicized while others simply call themselves “retired” but are outside of the authority of a bishop. The man with the volatile temper does not speak for all members. Nor is CITI the only group hanging onto the Church while acting in defiance of it.

There are others such as the American Catholic Church, International Federation for a Renewed Catholic Ministry, the Ecumenical Catholic and the Association of Roman Catholic Women priests. Rather than leaving a Church they don’t believe in, they want to make it over in their own image.

In these churches coopting the name “Catholic,” every lifestyle is welcomed “as is” and eligible for the clergy. Occasionally their antics catch the attention of the secular or pseudo-Catholic media which love to report that a woman was just ordained a Catholic priest or bishop, as if saying so makes it true.

For instance, a couple years ago, The Daily Beast reported “Yes, There Are Women Priests, and The Vatican Wishes There Weren’t.” That news was not just fake, it was stupid. Voting to change the blueprint Jesus gave us is not an option; not even when a group of women in purple priest stoles claiming to be ordained, march near St. Peter’s Square with a big pink cardboard telephone booth marked “Door to Dialogue.”

The women who claim to be Catholic woman priests are not, so the pretend Bishop, Bridget Mary Meehan who says she has ordained over 130 women, needs a better hobby—one that does not include heresy. The Church’s Canon Law 1024 says only baptized Catholic men can become priests.  The Vatican’s Congregation for the Doctrine of the Faith issued a decree in 2008 stating that women who attempt to become priests would be automatically excommunicated. Pope Francis also reaffirmed this law in 2013, stating that women will not be ordained ever.

Saint Teresa of Calcutta said to an Indian journalist in 1984,” Nobody can be a better priest than Our Lady, and she remained only the handmaiden of the Lord.” There are over 2000 years of unity among the Bishops on a male only priesthood, beginning with the twelve male apostles.  Ample historical evidence explains Why Women Can’t be Priests.

Three years ago when the Huffington Post reported that the former nun, Georgia Walker was ordained a priest, she was quoted as saying: “What the official Church does to me is not relevant.”  According to her, all the Church can do is deny her the sacraments but now that she is a priest she can provide her own. Complete delusion. A picture of a group of them appears grossly ridiculous. They are children playing dress-up but blasphemy against the Church is no mere child’s play.

Those who are determined to remake the Catholic Church live a tortured life. Like a hamster on a wheel, they get nowhere.

Humility and a good confession would go a long way in those circles. Instead, they use name “Catholic” and offer Catholic-like services under false pretenses. Those at CITI would object and say they are above board, but they are not. Their site claims there are loopholes in Canon Law so that even a laicized priest can still administer the sacraments. Since those priests do not operate under authority of a bishop, that is not true. Laicized or not, those priests are acting in disobedience and have no authority to administer the sacraments. The only exception is for confession in an emergency.

The devil hates the Catholic Church more than all the others. It is why Satanists have black masses—they know where the true treasure is and howl against it. The source of rebellious imitation does not come from God.

Some of those clinging onto the Catholic faith while profaning it, like to point to the priest sex scandal as pushing them to apostasy. Yes, there have been scandals perpetuated by sinful men in the Church, but it was the sinful behavior and not the Catholic teaching at fault. If it is the teaching they hate—which is the real issue— then they hate what Jesus established.

A barnacle is not an actual part of the ship any more than these people and organizations are Catholic. Of course, we should love them and pray for them. Imagine the good they could do if instead of tearing the body of Christ apart, they became a part of it.