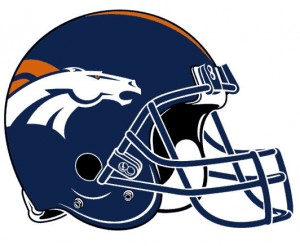 [1]I grew up in Denver and am admittedly biased. I’m a Denver Broncos fanatic. In the Mile High City, the Broncos are more than just a football team; they’re an institution.

Everybody loves a comeback. Former Broncos quarterback John Elway — one of the greatest QBs in NFL history — had comebacks in his DNA. Since he retired in 1999 after back-to-back Super Bowl wins, Denver fans have been jonesing for that regular shot of adrenaline Elway provided week in, week out.

Enter Tim Tebow. In the category of, “Holy cow, can he actually do it?” no Broncos QB since Elway has delivered like Tebow has. He feels familiar. This is what Broncos fans expect. We don’t do steady. We prefer up and down, high and low until that improbable rocket launch to victory in the final seconds of the game.

Will Tebow end up an NFL great like John Elway? That remains to be seen. Opinions are all over the place. But what is certain is that Tim Tebow is more than just a sports phenomenon. He’s a cultural phenomenon.

For starters, Tebow’s very existence is somehow controversial. He’s a walking pro-life testimonial. He’s been pulling off comebacks since before he was born. Pam Tebow, Tim’s mother, courageously chose to carry baby Tim to term despite doctors’ recommendations that she abort him.

You may recall that before Tim went pro, the Christian group, Focus on the Family, commissioned an innocuous TV ad that ran during the 2010 Saints-Colts Super Bowl game. It briefly told the story of the Tebows’ pre-natal struggle. The word “abortion” was never even uttered, but a positive portrayal of childbearing was all it took.

And so began the left’s hate affair with Tim Tebow. Radical feminist groups, media-types and liberal pundits alike lost their collective noodle even before the ad ran.

Erin Mattson, vice president of The National Organization for Women (NOW), told ABC News that Tim’s story of survival was “really quite offensive. … This ad is hate masquerading as love!” she barked. Tim wasn’t dismembered alive and scraped in pieces from his mother’s womb, you see.

The New York-based Women’s Media Center launched a failed censorship petition drive to pull the ad, framing it as an “attack on choice.” Get it? Pam Tebow chose alright; she just happened to make the wrong “choice,” and dared to share about it publicly.

But as a Denver Bronco, Tim Tebow’s profile has grown exponentially. So too has the left’s hatred for him.

This is due in large part to his very open Christian faith. After each game, Tim begins by thanking God: “First and foremost, I’d like to thank my Lord and Savior, Jesus Christ.”

And who hasn’t heard of “Tebowing,” wherein one drops to a knee in prayer?

Then there’s Tim’s favorite Bible verse, John 3:16, which he’s known to wear painted in black swaths under each eye. After the Broncos’ recent electrifying playoff win against the Pittsburgh Steelers in overtime, John 3:16 was reportedly the most popular search term on the Internet.

Remarkably, during the game Tebow passed for precisely 316 yards and averaged 31.6 yards per completed pass. The television viewing audience for the last 15 minutes of the game was 31.6 percent. This only added to the mystique.

So big was the story, in fact, that major news outlets like CNN ran the text of John 3:16 in its entirety: “For God so loved the world that he gave his one and only Son, that whoever believes in him shall not perish but have eternal life.”

The attention that Tebow’s bold Christian faith has drawn to the Gospel message has secular “progressives” and other God-deniers tied in knots.

American Atheists, a New Jersey-based group that promotes religious cleansing from the public sphere, says that Tebow is “full of cr*p.”

“Tebow takes religion and injects it into the mix and divides the fan base,” complained David Silverman, the group’s president.

“[Religion] injects the divisive force into football,” he continued (because, absent religion, football is just a touchy-feely snuggle fest). “Why in the world are we talking about religion when we are talking about football?” he demanded.

Of course, Tim Tebow is merely doing what Jesus asks of his followers: “Whoever acknowledges me before men, I will also acknowledge him before my Father in heaven” (Matthew 10:32).

The problem is that secular “progressives” don’t want Christ acknowledged before anyone, period; and they endeavor to shut down or mock anybody who tries.

During the Broncos’ regular season loss to the Buffalo Bills, for instance, “progressive” troglodyte and pseudo-intellectual funnyman Bill Maher tweeted about the game, encapsulating the left’s visceral hatred for Tim Tebow in 140 characters or less: “Wow, Jesus just [expletive deleted] #TimTebow bad! And on Xmas Eve! Somewhere in hell Satan is tebowing, saying to Hitler ‘Hey, Buffalo’s killing them.’”

Those who belong to the world do indeed hate Tim Tebow. He stands for much of what our postmodern popular culture despises: sexual purity within the bonds of natural marriage, the sanctity of human life, selflessness, personal charity, humility and much, much more.

I mean, Tim Tebow has never even been arrested for drug possession or sexual assault, for crying out loud. We simply can’t allow children this kind of role model.

So, does God care about who wins NFL football games? Probably not. Does he care about those who play, watch and love football? Unquestionably.

In the meantime: Go Broncos!