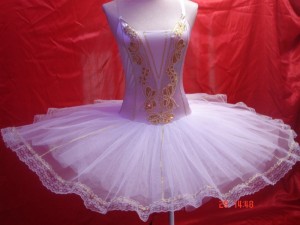 The parents of a transgender 6-year-old have filed a complaint with the Colorado Civil Rights Division because Eagleside Elementary School in Fountain banned the first-grader from using the girls’ restroom. The child, Coy Mathis, was born male but identifies as female.

She [sic] had attended the school since December 2011 before being pulled out by her [sic] parents … Coy Mathis wears girls’ clothing, and students and staff used female pronouns when referring to her [sic].

Reading this article reminded me of a column [3] I wrote back in July 2011, which read in part:

According to the National Center for Transgender Equality (NCTE), “gender” is nothing more than “the societally-determined characteristics of a particular sex.” No room for the objective truth, “male and female He created them,” here.

Perhaps the saddest thing these causes [transgender and homosexual activism] have in common, however, is the fact that the unfortunate people who consider themselves “transgendered” are largely being left to suffer as progressive do-gooders turn a blind eye to their plight while congratulating themselves for their “open-mindedness.”

According to a recent NCTE survey, “A staggering 41 percent of [transgendered] respondents reported attempting suicide compared to 1.6 percent of the general population.”

Yet, God forbid anyone should be so “intolerant” as to suggest that “transgendered” people are suffering from an illness and deserve something more substantial in the way of treatment than some liberal chirping in their ear about how O.K. they are.

So, how did this poor child, Coy Mathis, come this point in his troubled young life, and when did the problem begin to manifest itself?

According to the Post, “She [the child’s mother] said that as soon as Coy began to talk, she [sic] insisted she [sic] was a girl, not a boy.”

A little boy who is just beginning to master the ability to communicate verbally just suddenly announced to the world, “I’m a girl!”

There couldn’t possibly be a history of psychological abuse at the hands of confused and incompetent parents, could there?

Parents-of-the-Year, Kathryn and Jeremy Mathis, provided some telling details in a recent interview with Katie Couric [4]:

By the age of 18 months (when children aren’t usually stringing together complex sentences like, “Gee, mommy, I really feel like wearing a sundress with spaghetti straps today”), already it was clear to these insightful parents that their child is really a girl trapped in a boy’s body.

According to mom, Kathryn (who just by coincidence did 90% of the talking in the interview while the, ahem… man of the house just sat there), that’s when Coy “started being drawn towards everything girl [and] some of her [sic] favorite items included a fairy flower dress with a matching tutu and a Dora the Explorer bathing suit.”

I guess it’s a good thing year-and-a-half old Coy wasn’t drawn to the shiny silver things in the cutlery drawer (for very specific reasons, in addition to the obvious ones, that will be readily apparent in the next paragraph) since it never occurred to these folks that dressing their little boy up like a china doll wasn’t in his best interest.

At age four, according to the parents, “He wanted to know when we were going to take him to the doctor so that they would give him girl parts so that his body would be a girl.”

Are you kidding me? What four year old child, at a time in life when he should be lost in the innocent world of Mickey Mouse Clubhouse and Dr. Seuss, has any idea whatsoever that deeply disturbed human beings are having their genitals surgically mutilated?

I wonder who the sick and twisted adults are that gave him that idea.

“It reached breaking-point when Coy refused to leave the house because she didn’t want to change into boys’ clothes.”

Imagine the parents’ shock at this sudden turn of events.  All they did was dress their little boy up in girl’s clothes since he was 18 months old, and wham, here comes a breaking point!

Seriously, what in God’s name would motivate adults to manipulate their child’s psyche this way?

The de facto head and spokesperson for the Mathis family, Kathryn, told the Post, “We want to help create a society where it’s OK to be who you are.”

As for the kind of worldview that inspires this lofty desire, Kathryn’s FaceBook page says, “I don’t have time for bigotry, hate, and discrimination; particularly in the name of Jesus.”

So there you have it.

Mama Mathis and her castrati housemate have a bone to pick with that judgmental Jesus of Nazareth guy, and they’re going to show Him a thing or two about who’s in charge around here, even if it means saddling their own kid with psychological baggage that he’ll probably carry for the rest of his life.

In a sane world, the newspaper headline would read:

Kathryn and Jeremy Mathis of Colorado charged with child abuse.