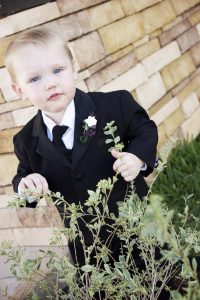 [1]Taking small children to Mass is a penitential activity. Whether you’re trying to keep your child quiet and in the pew, or you’re speed walking down the aisle with a screaming toddler, rest assured, we’ve all been there. Here are five of the best funny stories of kids at church, taken from Be a Happier Parent or Laugh Trying [2] by Betsy Kerekes (Our Sunday Visitor 2019).

At least he was paying attention.

During a homily, the priest walked out in front of the congregation and began asking rhetorical questions: “Why did Jesus die for us? Why did he have to sacrifice his life and be nailed to the cross for the sake of our sins?” A young boy in the front row loudly replied, “I have no idea!”

You can’t pull a fast one on this kid.

One little boy hated going to daily Mass. So one day, rather than deal with the struggle, his mother told him they were going to a birthday party. This was true, but what she failed to mention was that they were going to church first. As they walked inside, he looked around at all the older men and women in the pews and cried, “This doesn’t look anything like a birthday party!”

Another mom took her three-year-old daughter to daily Mass. Throughout the standing portions, an older couple in the pew behind them kept laughing. The mother didn’t find out what was so funny until the couple explained after Mass: her daughter, evidently hot, had been cooling herself by flapping the back of her dress up and down. What this mother didn’t realize, was that her daughter had neglected to put on underwear that morning.

Just be grateful it wasn’t you.

At a Sunday Mass, a little boy got loose from the pew and made a break for the altar. His mother ran after him, finally catching him near the front of the church. What made the situation worse, was that one of this woman’s children had left an unwrapped candy bar on her seat in the van. The chocolate had melted onto her white slacks on the way to church, so as she ran up the aisle, everyone could see the brown stain on the back of her pants.

It’s good to have vocational goals.

A mom was sitting in the last pew nursing the baby. When one of her nursing pads became full, she replaced it with a new one and set the old one on the seat next to her. Before she could stop him, her five-year-old son grabbed the soggy white circle, stuck it on the top of his head, and ran up the aisle yelling, “I’m the pope! I’m the pope!”

The next time your children embarrass you at church, just remember, it could have been worse. You could’ve been one of these parents.

Get more laughs with Be a Happier Parent or Laugh Trying, the latest from Betsy Kerekes through Our Sunday Visitor. Betsy is also coauthor with Dr. Jennifer Roback Morse of 101 Tips for Marrying the Right Person (Ave Maria Press 2016) and 101 Tips for a Happier Marriage (Ave Maria Press 2013). She can be found online at parentingisfunny.wordpress.com and on Twitter @BetsyK1.