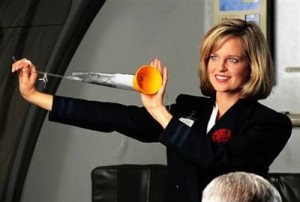 A few years ago, when the news was filled with the reports of priests who had abused youths and the bishops who had been so derelict in their handling of the predator priests and in protecting the faithful, I remember thinking, “The problem is that they don’t believe. They don’t really believe.”

I found myself reprising that thought recently in light of the Corapi scandal and the flagrancy that has been attributed to his conduct now by Rev. Gerard Sheehan of SOLT. I am not going to rehash the details of the allegations, nor Fr. Corapi’s oddly incoherent (and only partial) denial of them, here. They have elicited comparisons with the Legionaries’ Fr. Maciel, not because they involve abuse of minors, but because of their flagrant nature. It is this that prompts reflection on the problem of belief.

The Catholic faith presents us with an ideal: perfection in holiness through love of God and neighbor. It calls us to that ideal as the goal of our lives and then gives us the tools to reach that goal. Against the seeming impossibility of that ideal and against every objection of our minds and weakness of our will, the Church holds up for our contemplation the saints, a vast company of those who approached this ideal and who say to us, “If we can do it, so can you.”

The saints believed in Christ and they believed in the teachings of the Church.  What they taught, preached, and wrote, they also lived. They possessed integrity, a unity of life, in which one is the same person in private and in public, dining among close acquaintances and walking among a crowd of strangers, in hidden thoughts and in observable deeds. Another name for this is sanity.

Few things are more stressful to the human frame than trying to maintain a double life, or a triple life, or any combination of identities where one has to act according to one standard with one set of people and according to another with a different group. This is not to be confused with roles, where a woman might be teacher by day and a student by night, or a man might be a cop and also a father. The Catholic faith and principles of conduct form a unifying thread of identity that anchors the soul without constraining human freedom to take on life’s various roles. They prevent fragmentation and disorientation; they promote clarity of thought and simplicity in being. They prevent insanity. For those who believe.

Yes, because it is an ideal, the standard of Christian perfection will always elude our grasp, but sincere trying, working out our salvation with fear and trembling (Phil 2:12), recourse to the sacramental aids of the Church (James 5: 14, 15) – these things will keep us from straying too far; they anchor us and prevent our souls’ shipwreck. Our integrity may not be perfect, but even our recognition of that is evidence of sanity.

What then to say about flagrancy? Flagrancy does not demonstrate struggle, the common struggle we all have against sin. I say this, because in the discourse (a term lightly applied in some instances) about the case of Fr. Corapi and other cases where flagrancy is noted, one often sees comments to the effect that: “Hey, we have to be careful about judging because we are all sinners.”

Yes, indeed we are.  And there is something to be said for this “we are all in the same boat” attitude – not least of all the fact that the Church teaches that sin has a communal aspect and we are all members of one body. But the person who asserts this believes, and is addressing other believers. As is also the person who asserts that what (insert name of priest here) taught was “always orthodox.” Be that as it may, the issue here is not what he taught, but what he believes. It is my contention that flagrancy may very well disclose that belief itself has gone out the window.

This is perhaps the hardest thing to fathom, that there can be priests, even priests who are known for strikingly presenting the faith or starting religious orders, or bishops themselves, who may not be believers. Who may not ever have been believers. Or who may have completely lost whatever belief they once had.

We are warned that sin can destroy faith, that it darkens the intellect. But it is one thing to be warned and quite another to have the series of  object lessons this parade of scandals has given us, isn’t it?  See, what one personally believes really is of more importance than what one teaches or preaches, for ultimately one will live what one believes – here and hereafter. The admonition of the flight attendants about the air mask applies to our faith – apply your own mask before attempting to help someone else. Work out your own salvation first. Believe before you teach. Believe while you teach. Believe after you teach. And if your own belief begins to waver, stop teaching and go apply your own mask. Now. Before it is too late.