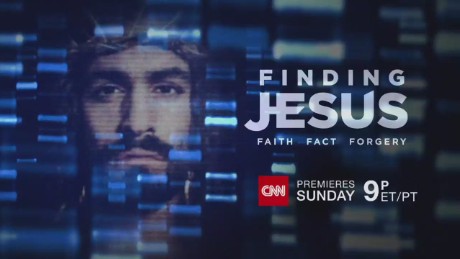 [1]How ironic that Pontius Pilate who sentenced Jesus Christ to death, should give testimony to the existence of Jesus 2,0000 years later through a stone bearing Pilot’s name. The decision of the prefect of Judea to crucify Jesus, clinched salvation history and was both the greatest good and the greatest evil—killing God and saving mankind. That decision rested on Pilot’s shoulders—a man Scripture shows was conflicted. His questions to Jesus seemed sincere: “Are you the King of the Jews?” and “What is truth?”

Finding a stone from a building with Pilot’s name etched into it, gives evidence of the connection between the crucifixion from the Bible and physical Roman history.

The story of The Stone that Proves Pilate’s Existence [2] is one of two that I previewed in part 2 of CNN’s series, Finding Jesus: Faith, Fact and Forgery [3]. Each episode focuses on a particular character or event in the life of Jesus and blends dramatic reenactment, with historical evidence and scholarly commentary.

The second season examines the value and authenticity of six new artifacts: exploring the childhood home of Jesus, the arm of Thomas, the tomb of Lazarus, the tomb of King Herod, and the bones of St. Peter believed to be found under St. Peter’s Basilica in Rome.

Given that CNN is about news and not religion, the series brings Christianity to an audience not always so inclined. It looks at the historical reality, which when given a fair hearing, supports Christianity as we travel back to the time when Jesus walked the earth. From the two episodes that I previewed, the reporting seems very fair and through the story of Jesus Christ, inspiration cannot be held back.

The panel of contributors that provide expert commentary across denominational lines include the Catholic priest, Father James Martin, SJ, author, Jesus: A Pilgrimage, and an editor of the Jesuit weekly magazine America. For the sake of full disclosure to Catholic readers who want to know a person’s credentials, Fr. Martin wrote an article 10 years ago criticizing Pope Benedict’s equation of abortion and same-sex marriage, but he does not challenge the Catholic teaching.

From what I’ve seen of the series, Finding Jesus: Faith, Fact and Forgery [3] is a very good start the Easter season. The show premieres on Sunday, March 5 at 9 PM ET/PT.