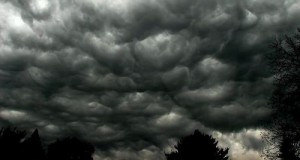 [1]Here in the bluest of blue cities on the political map we have a mayor who has taxed cigarettes into the stratosphere (~$12 per pack) because he wants people to live healthier.

The same mayor trampled the rights of business owners to create smoke-free restaurants and bars.

The same mayor decided that trans fats were so bad for us that they needed to be outlawed, making it a crime for any eating establishment to sell trans fats in New York City.

This same mayor is so concerned that New Yorkers are fat that he issued another of his famous edicts requiring that all restaurants, from 5-star establishments to fast food places and Dunkin’ Donuts test their foods for the caloric content and then publish the calories on the menu. Never mind that under his tenure (where he seized control of the schools) literacy levels have plummeted so badly that only those educated before his tenure can read those menus.

Still not enough, old Granny Bloomberg has decided that any soda (er, pop for those outside of NYC) over 16 ounces should be outlawed. The mayor has stated that one may purchase as many sodas as one wishes, but that limiting the size of the beverage is meant to make people think about what they’re doing.

Now old Granny B. is going after moms with newborns. From FoxNews [2]:

The nanny state is going after moms.

Mayor Bloomberg is pushing hospitals to hide their baby formula behind locked doors so more new mothers will breast-feed.

Starting Sept. 3, the city will keep tabs on the number of bottles that participating hospitals stock and use — the most restrictive pro-breast-milk program in the nation.

Under the city Health Department’s voluntary Latch On NYC initiative, 27 of the city’s 40 hospitals have also agreed to give up swag bags sporting formula-company logos, toss out formula-branded tchotchkes like lanyards and mugs, and document a medical reason for every bottle that a newborn receives.

While breast-feeding activists applaud the move, bottle-feeding moms are bristling at the latest lactation lecture.

“If they put pressure on me, I would get annoyed,” said Lynn Sidnam, a Staten Island mother of two formula-fed girls, ages 4 months and 9 years. “It’s for me to choose.”

Under Latch On NYC, new mothers who want formula won’t be denied it, but hospitals will keep infant formula in out-of-the-way secure storerooms or in locked boxes like those used to dispense and track medications.

With each bottle a mother requests and receives, she’ll also get a talking-to. Staffers will explain why she should offer the breast instead.

My wife, a NICU/PICU nurse tells me that hospitals have had initiatives going for some time to encourage breastfeeding. As all of our children were breastfed, I’m sold on its benefits over formula, but that’s not the issue here.

Whatever happened to “Choice?”

Specifically, “My body, my choice!”

Bloomberg’s actions could easily be written off as the obsessive eccentricities of a daffy billionaire who is squandering political capital on needless battles over personal liberties issues while his city plunges further into educational, financial, and criminal disarray, especially in a summer that has seen the murder rate soar. But this would be a mistaken assessment.

The truth is that Bloomberg’s actions comport with the broader agenda of his political party as the nation hurtles toward nationalized health care, complete with rationing systems set in place.

If we add to that a new eugenics movement that makes the eugenics of the early 20th century pale in comparison (because our eugenics employs legalized abortion), the dimensions of the storm upon us begin to come into sharp relief. For example, a few weeks ago, the Democrats in Washington defeated legislation intended to outlaw sex-selective abortions, and 93% of Down Syndrome babies diagnosed in utero are aborted.

A government that is broke, $15 TRILLION in debt and responsible for paying the medical bills, will certainly dictate every aspect of our daily lives as it rations care.

A few months back I had dinner with my friend, Reggie Littlejohn who began and runs the great organization, Women’s Rights Without Fronteirs [3], dedicated to ending the one child policy, forced abortions and forced sterilizations in China. At dinner, I asked Reggie to help me understand how and why it could be in the best interest of the government of China to maintain and enforce such policies, especially in light of their desire to be an economic superpower. Reggie’s answer was a cause for great concern in light of Granny B. and company.

“If the government can control your body, your fertility, they can control every aspect of your life. It’s a tool of totalitarian control.”

I couldn’t help but remember those words as I read of Bloomberg’s newest mechanism of control. Voluntary on the part of hospitals, for now, but coercive for patients. These same democrats who would apply coercive pressure on mothers to have their babies continue to feed from their bodies post-partum are the same democrats who support killing the child for doing the same while in utero, if that’s the mother’s desire.

In the not-too-distant future we may well see women being coerced into eugenic abortions by a government unwilling to pay the bills for anything less than a perfectly healthy baby, which is probably why the Democrats couldn’t even get behind legislation aimed at preventing little girls from being aborted for simply being little girls. It would be an unwelcome precedent and a future encumbrance.

If there is any ray of light in all of this, it’s that the Democrats have finally given up on the mantra, “My body, my choice!”

It always did ring hollow.