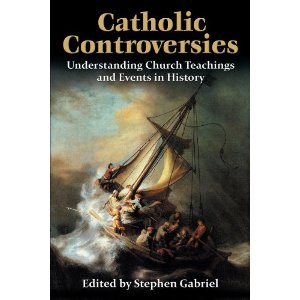 [1]For reasons that are both understandable and regrettable, apologetics [2], the science of demonstrating the reasonableness of religious doctrine, is not often mentioned in public life these days. In part, this is due to the demands of charity and prudence, to avoid unnecessary and often acrimonious strife among religious denominations in a nation which has benefited from the political genius inherent in James Madison’s First Amendment.

But there is a certain intellectual laziness that has infected theological and religious discussion, driven by an easy-going relativism and an inability to sustain an argument through to its necessary conclusion, resulting from a general loss of faith in rational discourse — not just in theological circles, but in the public square at large.

Yet, beyond technical theological debate, there is the broader realm of popular, journalistic discussion of religious matters in American journalism that is, typically, driven by two overarching obsessions — sex and the Catholic Church. Of course, the sexual obsession will drive coverage of any religion that offers even the slightest resistance to the reigning zeitgeist which is somewhere to the left of “Whoopee!” on human sexuality and family issues. But there is a special kind of bile reserved for Roman Catholicism, given its staying power and consistent and sustained resistance to the demands of sexual liberation.

Moreover, the journalistic onslaught extends to many matters outside the sphere of sexuality and to other historical matters. Indeed, the battles over church history are often the most uninformed, suffering from a lack of historical conscience and a tendentious, biased use of history for political ends. The British historian Herbert Butterfield called this tendency The Whig Interpretation of History (1931). There is rarely any serious coverage given to the Catholic side of the argument that isn’t rather distorted or minimalist in terms of depth or understanding much less sympathy.

Fortunately, Catholics and sympathetic fellow travelers of all faiths now have a resource at hand in the form of a new collection of essays assembled and edited by Stephen Gabriel, an economist, father, and active layman. His new book,Catholic Controversies: Understanding Church Teachings and Events in History [3], provides a substantive, yet accessible, collection of essays by an impressive number of writers and authorities on selected topics, all of which are controversial and frequently in the press and media throughout the United States and Europe.

Catholic Controversies [3] “is intended for anyone who wishes to dispel the many myths and misperceptions about the Catholic Church and its teachings that are promoted by university professors, the media and the uninformed,” says Gabriel in his Introduction to the book.

The book is divided into four parts covering 26 topics, all “hot-button” issues, each prefaced by Gabriel’s description of the matter at hand as well as citations to authoritative sources, including official Church documents. Brief, bulleted summaries of the articles are provided before the actual articles themselves.

The topics run the gamut from the most fundamental (“Can the Existence of God Be Proven?”) to the historical (“The Galileo Affair”). They cover the Crusades, women in the Church, and a range of matters impacting the human person and sexuality: contraception, abortion, stem cell research, cloning, and homosexuality.

Two of my favorite articles are one by Rabbi David Dalin on “Pope Pius XII and the Holocaust,” who, like the historian and Churchill biographer Sir Martin Gilbert, defends the late pontiff against charges of being some kind of stooge for the Nazis, and another by Professor Philip Jenkins of Penn State University, an expert on the study of global Christianity, entitled, “The Myth of the Pedophile Priest.” Jenkins does not whitewash any of the horrific crimes of any priests or the negligence of the hierarchy in handling the crisis. He does, however, review the current data and research to document that Catholic or other celibate clergy are no more likely to be involved in sexual misconduct than any other denomination or any non-clergy group.

Not all readers (even Catholic ones) will agree with every author or article compiled in Catholic Controversies [3]. Still, taken as a whole, the book provides a useful corrective to the unrelieved anti-Catholicism of the age. Every fair-minded person of whatever denomination or none would benefit from reading Stephen Gabriel’s excellent volume. Buy it for your college-age son or daughter.