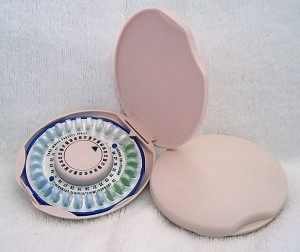 [1]We no longer drink diet soda, eat a growing variety of sweets or chew gum because of artificial sweeteners. My husband switched us to tooth polish without fluoride and soap without antibacterial agents. Our eggs come free-ranged and our produce organic. Attending home school functions nowadays, we have to be mindful of gluten, nuts and food dyes in whatever we bring to share.

From sensitivities to allergies and everything in between, there’s an increased awareness of how what we put into our bodies affects our well-being. Labels contain ingredient lists and restaurants highlight low calorie menu items to aid consumers.

Once upon a time, airplanes and eateries had smoking sections; and school lunches consisted of peanut butter and jelly on white bread. Today you’d be hard pressed to find even an outdoor event that welcomes tobacco users and whole school buildings are designated as nut-free. Time and science have taught us a few lessons about toxins and disease, allergies and life threatening reactions. In fact, the government felt so compelled to protect the citizenry from harm that it now regulates sales and distribution of tobacco products.

With this increased personal awareness and national concern over what is safe and what is not, you have to ask yourself why the Pill, a class 1 carcinogen (in the same category as tobacco, arsenic, and asbestos), would be routinely sold to a substantial percentage of the population without sufficient (if any) warning. Even more curious is why adolescents, who can’t legally purchase tobacco, are often prescribed the Pill for off-label uses.

If we’re going to read labels and make educated choices about food, cleaning supplies and beverages, then let’s compare methods of family planning.

Total abstinence being the only 100% effective means of avoiding pregnancy, we need to realize that if a couple believes sex doesn’t equate to babies, they’ll want a back-up plan for the times their contraceptives fail. Abortion is that back-up. While I found plenty of stats claiming that greater access to contraceptives leads to less abortion, but it’s hard to square that claim with the more than 55 million abortions (not including those lives terminated by abortifacients) that have been performed since 1973. Considering the above list of options, one would think that abortion should be rare, but more than 55 million is hardly a miniscule number.

Conversely, when couples rightly connect sex with its procreative potential, the want for abortion declines if not disappears. Natural methods reveal the power of the female fertility cycle, respect the wholeness of a woman and cause the lovers to become aware of the days when pregnancy is possible. Why should one partner shoulder the sole burden of responsibility? When both are involved in the decision making and practice, they understand that their mutual actions have direct consequences.

We’ve come to demand honest labeling, safety recalls and regulatory measures for everything from cigarette packs and alcohol to car seats and strollers, so why aren’t we demanding the same in women’s healthcare?

[editor’s note: this article is part of a series on birth control. Read the entire series here [2].]