As we ponder the significance of Osama bin Laden’s death, it is well to reflect that Islamists are not the cause of hostilities; they are but symptoms of a much greater cause. Individually killing them off—which is nice—is like a doctor temporarily treating a sick patient’s symptoms without eliminating the cause of sickness. Ayman al-Zawahiri, now al-Qaeda’s de facto leader, once summarized this phenomenon well. Asked in an interview about the status of bin Laden and the Taliban’s Mullah Omar, he confidently replied:

Jihad in the path of Allah is greater than any individual or organization. It is a struggle between Truth and Falsehood, until Allah Almighty inherits the earth and those who live in it. Mullah Muhammad Omar and Sheikh Osama bin Laden — may Allah protect them from all evil — are merely two soldiers of Islam in the journey of jihad, while the struggle between Truth [Islam] and Falsehood [non-Islam] transcends time (The Al Qaeda Reader [1], p.182). 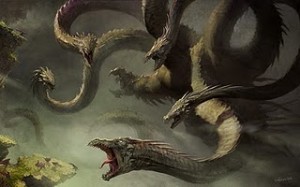 Yet that is precisely how many of America’s leaders behave. Even before bin Laden, U.S. leaders triumphed over the killings of lesser, virtually unknown al-Qaeda players: when Abu Omar al-Baghdadi and Abu Ayub al-Masri were killed a year ago, Vice President Joe Biden [4] said the slayings were “devastating blows to Al Qaeda in Iraq;” when al-Qaeda leader Abu Laith al-Libi was killed in early 2008, Congressman Peter Hoekstra [5] issued a statement saying al-Libi’s death “clearly will have an impact on the radical jihadist movement.”

And who could forget all the hubbub surrounding the 2006 killing of head-chopping Abu Musab al-Zarqawi. Then, almost every major politician [6], including President Bush, exulted.

The fact is, history is replete with examples of Islamist leaders dying only for the movements they started to continue growing in strength.

Consider the progress of the Muslim Brotherhood, the world’s largest and oldest Islamist organization. Founded in 1928 in Egypt by Tariq Ramadan’s [7] grandfather, Hasan al-Banna, it originally boasted only six members. In the following decades, in part thanks to the radical writings of Sayyid Qutb—an al-Qaeda favorite—the Brotherhood, though constantly clashing with Egypt’s government, grew steadily.

As leaders, both Banna and Qutb were eventually targeted and killed by the Egyptian regime. Yet the Brotherhood continued to thrive underground. Then, to the world’s surprise, the partially-banned, constantly-suppressed Brotherhood managed to win 88 out of 454 seats in Egypt’s 2005 parliamentary elections—making it the largest opposition bloc in the government.

After two of its most prominent leaders were killed, and after thousands of its members have been harassed, jailed, or otherwise eliminated, today, with the ouster of Hosni Mubarak, the Brotherhood is poised to take over Egypt.

Palestinian Hamas, itself an offshoot of the Brotherhood, furnishes another example. Founded in 1987 by Sheikh Ahmed Yassin, Hamas has been labeled a terrorist organization by several governments, including the U.S., most notably for Hamas’s suicide operations against Israel. Yassin was eventually assassinated in March 2004.

The result? Far from fizzling away, Hamas, like the Brotherhood, went on to win a major landslide election in the January 2006 Palestinian parliamentary elections, establishing it even more strongly than before.

Then of course there is the Ayatollah Khomeini—the original poster-boy of radical Islam. Overthrowing Iran’s secular government in 1979, Khomeini transformed Iran into a theocratic state—precisely what all Islamists yearn to see for the rest of the world. From precipitating the American hostage crisis, to issuing a fatwa condemning a novelist to death, to taunting the U.S.—which he dubbed “the Great Satan”—for a decade, Khomeini was the bane of the West.

Today, over twenty years after his death, not much has changed in Iran: Sharia law still governs; Sharia-endorsed enmity towards the West still thrives. The only real difference is that Iran’s nuclear aspirations are nearly fulfilled.

There are countless other historical examples, both past and present, in which popular Islamist leaders were either killed or died naturally, only for their Islamist movements to grow and consolidate even greater power.

The West would therefore do well to take a lesson from Hercules’s legendary encounter with the multi-headed Hydra-monster. Every time the mythical strongman lopped off one of its serpentine heads, two new ones grew in its stead. To slay the beast once and for all, Hercules had to cauterize the stumps with fire, thereby preventing any more heads from sprouting out.

Similarly, while the West continues to lop off Islamist “monster-heads”—most recently, bin Laden’s—to achieve true and lasting victory, the ideologies that generate these monster-heads must first be identified and cauterized.