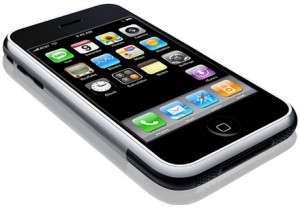 [1]Newsweek ran a very interesting article recently: Is the Onslaught Making Us Crazy? [2] Tony Dokoupil examines the growing body of evidence that the internet is changing the way we think and feel. He writes,

The current incarnation of the Internet – portable, social, accelerated, and all-pervasive – may be making us not just dumber or lonelier but more depressed and anxious, prone to obsessive-compulsive and attention-deficit disorders, even outright psychotic. Our digitized minds can scan like those of drug addicts, and normal people are breaking down in sad and seemingly new ways. . . . In less than the span of a single childhood, Americans have merged with their machines, staring at a screen for at least eight hours a day, more time than we spend on any other activity including sleeping. Teens fit some seven hours of screen time into the average school day; 11, if you count time spent multitasking on several devices. . . .More than a third of users get online before getting out of bed.

Dokoupil goes on to describe the way heavy internet users’ brains begin to resemble those of drug addicts, and that even when people state that they want to withdraw from such constant use of the internet, they find it almost impossible to do so. Part of the issue is that a great number of us are connected to the internet for work reasons. One spends all day online for work, and then goes home and spends time online for pleasure.

Smartphones contribute to the problem as well. It used to be that you actually needed to be near a computer to connect to the internet. Today, the internet travels with us. People text and surf and post photos while pushing children on swings, or while watching a soccer game, or while out to dinner with friends. It is never-ending.

Among teens, there used to be a break between the world of school and the world of home. Now, whatever social problems a teen may be having at school follow them wherever they go. There is no escape. Everything is about the social image one projects. One teen quoted for the Newsweek article states: “It’s a nervewracking learning curve, a life lived entirely in public with the webcam on, every mistake recorded and shared, mocked until something more mockable comes along.” At the same time, these teens live in fear of missing out on something should they disconnect for a while.

The internet has brought much good into the world and I wouldn’t want to return to the pre-internet era, but as with any good thing, it has the potential for abuse and overuse. I don’t have a smartphone and I only go online for a few hours a day while I am working, but I’ve noticed that even given my limited exposure, my focus isn’t what it used to be.

Even while I was working on this article, the internet was calling to me. I feel like while the internet is up, I need to be checking my email, Facebook, and Twitter every few minutes to see what is going on in the world. Like the teens interviewed, I fear missing out on something. There definitely is an addictive quality about it.

As parents, we need to be proactive about limiting our children’s screen time. For better or worse, they are growing up in a world dominated by interacting with computers. They need to learn how to make responsible use of the technology. But at the same time, they need to learn how to disconnect as well. In-person relationships need to be cultivated. Books need to be read. Skills need to be learned. There is a whole lot of life to be lived away from a screen. Perhaps we parents can set an example by limiting our own screen time as well.