And people say American civic discourse is no longer serious. What could be more serious than the choice presented 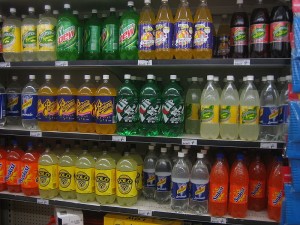 The debate, hosted by CNN and featuring seven GOP presidential hopefuls, was everything we have come to expect from these post-modern, televised spectacles: fast-paced, tightly orchestrated and loaded with social media and pop culture references to prevent attention-deficient viewers from flipping to the Cartoon Network. John King played the role of the exasperated, cat-herding moderator to the hilt. He grunted whenever the candidates attempted to speak longer than 30 seconds or challenge the premises of policy questions only slightly more nuanced than his Coke-or-Pepsi queries. (Illegal immigrants: Deport all 20 million of them or grant them amnesty? Best vice-presidential pick of the 2008 election: Biden or Palin?)

The result was a splashy, flashy and ultimately vacuous affair that told us little more about these seven would-be commanders in chief than how many children they have (seven for former Sen. Rick Santorum, five for Rep. Michele Bachmann, plus 23 foster children), which way they like their wings (‘spicy,” former Massachusetts Gov. Mitt Romney declared, belying his rice-pudding persona) and whether they prefer a Blackberry or an iPhone (“Blackberry,” Rep. Ron Paul answered, though his bemused look suggested he was not quite sure what either one was).

King does not deserve all the blame for the insipid questions and whiplash-inducing format of the evening, complete with more than half a dozen mentions of Twitter and a gaggle of guest questioners to add populist flair. Such features have become de rigueur for today’s political debates. Networks like CNN do not trust American voters to care enough about the future of our country and its leaders to listen to an answer that lasts longer than a beer commercial or stomach the awkward moments that come when candidates are allowed to engage each other in genuine, unscripted policy disputes. And it’s not just the networks: The candidates themselves often are the ones laying down ground rules that make pointed engagement impossible and spouting platitudes that obscure, rather than reveal, what they truly believe.

In Monday night’s debate, as in most early debates between candidates in a crowded primary field, the presidential hopefuls appeared eager to discuss their ideas at more length. They never got the chance. You could almost feel the anxiety of the CNN producers as they struggled to keep the show moving, to hold onto their ratings share by making sure not a moment passed without a whiz-bang graphic interruption, an update on the debate’s Twitter trending status or the introduction of yet another Joe-Six-Pack voter posing a question that could have been asked more easily and succinctly by King himself.

Please, please don’t turn us off, you could hear the producers pleading. We promise not to bore you. Look! Here’s your chance to discover what Newt Gingrich watches when he’s sprawled on the couch in his sweats! If you turn us off, how will you ever find out if Michele Bachmann grooves on her iPod to Elvis or Cash?

It’s easy to mock the desperate TV producers, grandstanding hosts and sloganeering candidates, but at the end of the day, there’s no escaping the fact that they behave this way for a reason: It’s what we seem to want. American voters are increasingly impatient with substantive policy discussions and candidates who cannot summarize their stump speeches in 30-second sound bites.

Our distractibility is partly a function of our human nature. But today’s technology has amplified it and created new avenues for its indulgence. The result is a political scene in which Rep. Anthony Weiner’s unmentionables and former Gov. Sarah Palin’s e-mails get more attention than our wars raging overseas, the millions of Americans grappling with unemployment and the mounting national debt that hangs like an albatross around the necks of our children and grandchildren.

But no sense worrying about all that. We have a presidential election approaching, and it’s time to ask candidates the tough questions about things we really care about. So what will it be, Newt: “American Idol” or “Dancing with the Stars?”