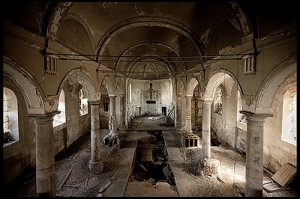 [1]On February 10, 2013, Pope Benedict XVI announced his intention to renounce the papacy due to his waning strength in the face of a world “subject to so many rapid changes and shaken by questions of deep relevance for the life of faith.”

Many, including me, understood him to mean that navigating the obstacles (some well-known, others a matter of speculation) that litter the course of renewal upon which he had set the Barque of St. Peter needed a more energetic helmsman in order to carry the mission forward.

In that sense, the Holy Father’s announcement, while certainly troubling, was also exciting, for it seemed to portend, or at the very least intend, a newly refocused “Benedictine” renewal that would forge ahead with increased vigor under his successor’s charge.

Fast forward to the present.

It goes without say that no one knows in detail how the pontificate of Pope Francis will unfold, and yet, even at this early stage, it wouldn’t seem to take a mystic to intuit what the general thrust of his papacy will be as it relates to continuing his predecessor’s efforts to restore the Church to her former glory.

I am well aware that the very notion of “former glory” is lost on many Catholics today and will therefore need to be defined before we continue. In order to do so, it is necessary to begin by addressing the increasingly contentious divisions that exist between those often labeled as “progressive, conservative” and “traditionalist.”

To some extent, labels such as these are often mere generalizations, but they still serve a purpose, within reason, when it comes to communicating certain thoughts and ideas relative to Catholic life.  With that understood, I’ll begin by broadly addressing the category into which I fall, “traditionalist.”

Let it be known that “traditionalism,” as I and many others claim it, really just means “Catholic” as being so in all of its fullness necessarily includes an abiding awareness of, and proper appreciation for, tradition, both large “T” and small.

Yes, “Tradition” and “tradition” represent two different things, but traditionalists are keen to point out that disposing of the latter, as recent history amply indicates, invites grave consequences with respect to how well the former is understood, embraced and lived.

While the other two groups (“progressive” and “conservative”) are  most assuredly distinct, they vary from one another mainly in the degree to which each is rooted in an impoverished notion of what it means to be “Catholic,” suffering as it does by a corruption born of some combination of ignorance (both willful and otherwise) and just plain hubris.

The progressives, for the most part, seem to be nurtured in a soil abundantly rich in hubris, while that of their conservative confreres appears to be composed of disproportionately more ignorance.

In any case, all concerned are victims, to varying extent, of the confusion that has marked Catholic life over the last four or more decades, so much so that the old saying is often true, “They don’t know what they don’t know.”

And how do I know this? I used to be one of the blissfully duped. In fact, I’m still working to recover my Catholic heritage, and in this sense perhaps I am best described, as many traditionalists presumably are, as a recovering conservative.

Analogies never quite hit on all cylinders, of course, but let’s have a go nonetheless:

Over the last several decades, those living in the House established by God, the Catholic Church, are like the heirs of a well-to-do patriarch, living on a trust. It is a privileged life indeed, and something for which to be thankful, and yet many are the days in which, facing certain challenges, it’s difficult to make ends meet.

Knowing full well that so many on the outside are suffering true poverty, they dare not complain; rather, they go about their lives trying to convince themselves and others that there is no crisis in the House, and the struggle is simply part of a grander plan.

And then it happens.

By the grace of God, certain of the heirs (the traditionalists) make the bittersweet discovery that someone has absconded with a large portion of the family fortune, a treasury of such infinite value that it not only promises to meet every single need that they themselves have ever had, it’s more than enough to satiate every last impoverished soul who dwells outside of the House of God as well, if only they were made aware and were willing to enter.

Better yet, they come to realize that the stolen inheritance is not truly gone. In fact, it can never go away; it can only be hidden, and so the newly enlightened beneficiaries of this sacred trust have only to seek and to find this great treasure that is rightfully intended for every member of the family human, redeemed at the price of our Savior’s Precious Blood.

Is there a map they might follow? You bet there is, and it is written in a language comprised of that aforementioned tradition, both large “T” and small.

You see, the others in the House (the progressives and the conservatives) remain largely unaware, unconvinced or unconcerned, while still others slither about seeking to bury what treasure remains.

And so the traditionalists, who wish nothing more than to see the entire Household of God immersed in the lavishness of those riches that He bequeathed for their salvation, live at once in the joy of recognizing the greatness of the inheritance, and yet bitter suffering at the knowledge of countless souls, purchased at so great a price, needlessly starving.

With all of this in mind, let us return to the question of what it means to restore the Church to her former glory.

As I said at the outset, I am still in the process of determining just how much was stolen from me and my “joint heirs with Christ” (Roman 8:17), but for the time being, the following initiatives, each of which Pope Benedict lacked either the desire or the strength to carry out, will serve as a good overview of what the project of restoration must eventually entail:

There are many other things that I might suggest, but limited as this overview might be, let us turn our attention back to the question initially suggested:

What will the general thrust of Pope Francis’ papacy be as it relates to continuing his predecessor’s efforts to restore the Church to her former glory?

Already it appears that the current pontificate – though I fully expect it to be a vehicle of grace as Our Lord will not be outdone in either generosity or humility – will fail to hasten the restoration just described. In fact, it would seem that barring direct intervention from above, it is more likely to delay the process begun under Pope Benedict XVI (and modestly so apart from Summorum Pontificum) far beyond its own number of days.

I have little doubt that the cardinal-electors, as they assembled in conclave, shared a similar sense for the likely trajectory of a Bergoglio papacy.

As such, the disappointment expressed by so many traditionalists over the last two weeks is directed first and foremost not so much at Pope Francis as at those Princes of the Church who collectively sent the very clear message that they are unwilling, for whatever reason, to take the next logical steps along the course laid out by his predecessor.

It’s never been a secret that a lack of support for Pope Benedict’s initiatives has existed among a large segment of the world’s episcopate, but as of this writing, all indications are that even many of Benedict’s hand-chosen cardinals have betrayed the preponderance of his vision, preferring instead to travel the more comfortable path of lesser resistance; the same that brought us to this dreadful place wherein the overwhelming majority of God’s people haven’t a blessed clue that so much of their inheritance has been stolen.