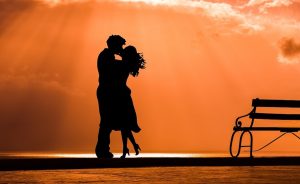 [1]Are romance novels an innocent pastime or something more dangerous? While I was working on Amazing Grace for Married Couples [2], a story we ended up not using involved a woman who became addicted to romance novels. It seems she is not alone. I’ve gone to garage sales and saw tables full of romance novels for sale. The seller said she buys and sells them by the hundreds to feed her habit. That’s a lot of time invested in the same fictional scenario built around romance and lust.

Rose, (not her real name) shared with me that no one would have guessed her dark secret; not even her husband. “All appearances indicated that I was a happily married mother of three beautiful children,” she said. “My sensitive and loving husband, Dan, was surely the envy of many less fortunate wives. And our weekly church [it was a Protestant denomination] attendance indicated that not only did our family appear happy, but God was at the center.

But Rose had an addiction to romance novels. “I am living testimony that for women with a propensity for addiction to such fantasy, they can take a happy marriage and warp it into something that doesn’t measure up,” she explained.

Her mother had introduced her to them at twelve years old, thinking she’d enjoy them. Her parents argued a lot and eventually divorced. During arguments, Rose escaped into a world of love and excitement. During her teen years, Rose stopped reading them and also began a romantic relationship [committed to abstinence] that lasted four years. During college, when her boyfriend broke it off, Rose was devastated. “I stopped working so hard to be a good Christian and slipped back into romance novels.”

Back in college, at age twenty-one Rose met a man who was very attractive but completely wrong for her. They became physical, Rose became pregnant, and although it was heartbreaking for her, she gave up her daughter for adoption. At this time, Rose again swore off romance novels.

A year later, Rose met Dan [not his real name] in class a year after she had given up her baby. They hit it off right away and married the next year. “Within months of our marriage, though, I experienced a let-down in my feelings of passion,” Rose said. “I was no longer reading romance novels, but the stories were in my head. Every ending was reached when the man and woman got married. I did not have the script for the rest of the story. Because Dan was kind and gentle instead of a forceful man who overpowered, he was not the leading man type. Still, I loved him, and determined that a passionate physical relationship was just something missing in our otherwise happy marriage.”

Their first baby was born nine months after the wedding and two more followed quickly. “On our tenth wedding anniversary, with a loving husband and three beautiful children, I considered myself a very blessed and happy wife,” Rose said. “Yet, it was shortly after our anniversary that I became willing to throw it all away.” They were managing a low-income senior citizen apartment together for five years. “Dan worked full-time, and I worked just in the mornings. When another unit for the economically disadvantaged was added, the job stress became intense,” she said. “The neediness of the residents wore us down. Our living quarters were right where we worked so we did not need to put our children in day care.”

The stress got to them. At that time, Rose came across hundreds of romance novels in a storage room. “My escape began,” she said. While their children were in school, she read. A pattern began after the kids went to bed with Dan watching TV and Rose immersed in a romance novel. “Only years later did I learn that he was watching pornographic movies,” she said. “Our sex life had become nonexistent as we both turned away from each other and into fantasy.”

Rose convinced herself that since she was married now, reading romance novels were harmless. But it began to nudge her into a fantasy world where she was the heroine and some tall handsome man would fall in love with her. “By our eleventh anniversary, I began avoiding Dan’s kisses,” Rose said. “Dan wanted to improve our love life, so he sent flowers and suggested weekends away. I was not interested and was convinced that Dan could never measure up.”

Then, one day, Rose crossed the line with a man doing handyman work for their apartments. They began to flirt. Soon they were having an affair. “It was a huge rush for me and I was addicted,” Rose said. “The fact that romance novels had taken the place of the Bible and prayer made it an easy path for me. I believed I was passionately in love with him and we were meant to be together. I knew I was committing adultery, but I did not care. The only reason I still went to church was because it would cause a stir if I stopped.”

After two months, Dan discovered the affair and was shocked. “He knew I had become distant, but he never imagined I would break our marriage vows,” Rose said.
“I quit my job and took the children to live with my mother while I figured things out.” The other man’s wife kicked him out and he and Rose talked of marriage.

Dan reeled from the shock of betrayal. “He blamed himself feeling he had been blind to the extent of my unhappiness,” Rose said. “Yet, I knew it was my own doing.” Four months after of their separations, the plan to marry evaporated overnight. The other man went back to his wife, and they moved away. Rose was devastated. Dan wanted to work on their marriage and also went to counseling. “He took us back, but there was a lot of work to be done,” Rose said.

As the high from the clandestine affair gradually faded, Rose began to see what she had in Dan. They went to Christian counseling and worked to put their relationship back together. “We put God and our children at the center of our lives and then made time for each other,” she said. “When we began praying and reading Scripture together, I truly came to feel very sorry for my sin and to recognize the seriousness of adultery. I had not only betrayed my husband, but God.”

Slowly, the wounds healed. “After all the pain, I recognized romance novels as an addiction and vowed never to read them,” she said. However, in time, songs on the radio about romance had ignited fantasizing again and she was tempted to commit adultery again. She confessed her struggle with Dan.

“I went back to counseling,” Rose said. “And there was still one big issue I had not tackled–the lack of physical desire for my husband that I ended up seeking outside of marriage. My sexuality needed healing. The counselor said my cycle of behaviors were the highs and lows of an addiction–no different to addictions of pornography, drugs or alcohol.

“We laid out steps for me to avoid triggers. At this same time, I returned to prayer and Scripture. Temptations grew stronger when I let those things slip. There was no way the two could coexist. Instead of just avoiding my daydreams, I filled my mind with other things. I listened to music about God and reflected on the Almighty.

“Dan and I worked together on our relationship with God. While neither of us knew how to gain sexual healing, we prayed about it. One day, several months after I had begun praying for healing, I was reading the Bible and turned to the ‘Song of Songs,’ the book that spells out the physical love of a man and wife. It was part of God’s plan for marriage.

“I prayed and asked God to work on my heart. Soon, peace came over me. The ‘Song of Songs’ had hit the nail on the head. I was a sexual being as was my husband. Avoiding it in my marriage, would set me up for the next fall. I asked God to help give me a sexual love for my husband. Seeing it in the Bible forced me to realize that it was a part of my relationship with God to be a physical lover to my husband. As I yielded to God as a living sacrifice, I gave myself to my husband lovingly and consciously.”

Four years later, Rose said she understands she must be vigilant and never step away from God’s love because that means also walking away from his protection. She said that when she talks about the past, it seems like some other person; not her. “I want to grow old with this wonderful man,” she said. “If he died, I don’t think I would ever get married again. We have a complete relationship now. We love to spend time with each other and I miss him when he’s working late.

“Initially, it was only the kids that kept up together. Even Dan in his unconditional love, had moments of doubt. We started with the concept of staying together and being comfortable with one another and then built on it. Praying together was so important. God helped everything slip into place. By attending a Bible study together, we also gained further support from God and of other couples.

“I can see clearly what I would have thrown away had we not turned to God. Once he took away the illusion of love, I was able to recognize the real love of God and my husband.”