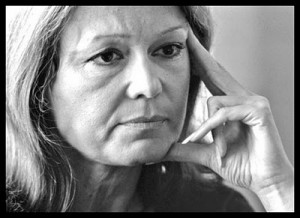 [1]In August, when HBO released a documentary about feminist icon Gloria Steinem, critics knew in advance what to expect. HBO executive Sheila Nevins made it clear that the finished product would be not biography but hagiography, “an inspirational film about St. Gloria,” as she put it in one interview. The film lived up to its billing, presenting the sort of nuance-free portrait of this patron saint of the sexual revolution that viewers have come to expect from networks like HBO.

In the world created by the movies — even those billed as documentaries — sexual liberationist figures of the 1960s and 1970s like Steinem are bold, fresh and manifestly right. The world they bequeathed to the next generation is superior in nearly every way to the one they inherited. And the women who take their romantic marching orders from such sages as Steinem — who railed against marriage for most of her 77 years and once quipped that she “can’t mate in captivity” — almost always fare better than the poor saps of yesteryear who bought into all that patriarchal nonsense about saving themselves for marriage. Hollywood may tolerate happily-ever-after endings in its romantic comedies, but even in those films, the subtext is clear: Marriage is a commitment best made only after you have sown every last sexual wild oat.

I thought of that common cinematic take this week while reading The Atlantic’s latest and much-discussed cover story, “All the Single Ladies.” The article, written by proud, 39-year-old single New Yorker Kate Bolick, presents the same uncomplicated view of the sexual revolution and its consequences that we see in so many Hollywood flicks. Bolick surveys recent data on marriage — including rising rates of non-marital cohabitation, the rising age of first-time marriage, the disappearance of dating and prevalence of casual sex on college campuses and the declining stigma attached to unwed childbearing — and concludes that faithful, lifelong marriage is no longer a viable cultural ideal. That’s a good thing, Bolick says, especially for women.

In Bolick’s telling, the fact that many 30-something American women are forgoing girlhood dreams of finding a lifelong mate only proves that women finally are fulfilling Steinem’s dream of “becoming the men we wanted to marry.” Women no longer need men, Bolick argues: not for love or companionship, not for economic security, not even for forming families. Today’s truly liberated woman gets her needs met outside the confines of marriage. She may engage in plenty of sex but she draws the line at commitment. She lives by herself and for herself and loves every minute of it — not just in her youth, but right through old age.

Bolick makes a defiant, almost triumphal case for the feminist merits of refusing to settle down. But there is an unmistakably sad subtext to her article. Throughout a piece that celebrates the commitment-free life, the author relates depressing personal anecdotes about the mix of cads and man-babies with whom she has shared her time and her bed, men whose unfitness for marriage makes her decision to stay single look more like a necessity than a choice. She does her best to put a positive spin on the situation, but admits that “today we’re contending with a new ‘dating gap,’ where marriage-minded women are increasingly confronted with either deadbeats or players.”

The power differential between men and women that Bolick only hints at is explored in eye-popping detail in “Lost in Transition: The Dark Side of Emerging Adulthood,” a new book by lead author and sociologist Christian Smith. Based on 230 in-depth interviews with adults ages 18 to 23, Smith’s study examines many troubling aspects of today’s young adult experience, including the fallout of a sexual revolution that aimed to liberate women from oppression but wound up liberating men from commitment.

Smith’s study finds that the strings-free sex Steinem and her fellow revolutionaries championed has left many young women feeling more used than empowered, with poorer prospects for finding lifelong love than their female forebears enjoyed. After quoting one woman after another lamenting the emptiness of the hook-up culture and her thwarted dreams of lasting love, Smith concludes that Hollywood depictions of the joys of youthful sexual exploration bear little resemblance to reality.

“All is not well among the emerging adults who inherited the sexual revolution launched by their parents and grandparents in the 1960s and ’70s,” Smith writes. “… (N)ot far beneath the surface appearance of happy, liberated emerging adult sexual adventure and pleasure lies a world of hurt, insecurity, confusion, inequality, shame and regret.”

Such messy emotions rarely surface in feel-good documentaries or magazine paeans to perpetual singledom. Yet they are worth contemplating, not only for young women pressured to sell themselves short in today’s sexual marketplace but for all the St. Glorias out there whose failure to distinguish license from liberation exacted a heavy toll from the next generation.