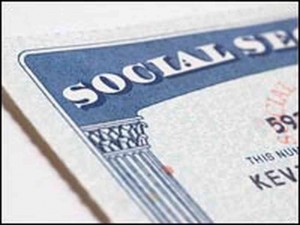 [1]The impending retirement wave of Baby Boomers and its impact on American society is something that the Center for a Just Society has been discussing for several years. The issue of a rapidly aging society combined with a rapidly shrinking worker base may not be a sexy topic, but it’s an extremely important one that will impact society for generations to come. Clive Crook at the Bloomberg Review recently considered this issue from a global perspective in a piece [2] entitled, “Demography is Rewriting Our Economic Destiny.”

Crook acknowledges the apparent dullness of the topic but cautions readers to take heed. “It’s important,” he writes, “to recognize just how powerful a force this shift is going to be.” A powerful force, indeed. In a 2012 article on this very topic, I considered [3] the statistics behind America’s rapidly changing demographic composition and the impact upon our already strained entitlement programs:

Here in the USA, we are experiencing the ‘graying of America.’ The huge cohort of baby boomers is retiring, and the smaller X and Y generations will be forced to shoulder the burden of their end of life costs – the costs of an over-65 population group that is projected to double in size by 2040, while the over-85 age group nearly triples! The attitude of many boomers is summed up by the bumper sticker that proudly proclaims, ‘I’m spending my children’s inheritance.’ Seventy per cent of this burgeoning senior generation will require institutional care, and you can bet they’ll be looking to their promised entitlements, and not their savings, to care for them.

Except, the entitlements aren’t long for this world. Medicare, Medicaid, and Social Security are on the brink of bankruptcy. Our politicians have underfunded these obligations for years in order to give us the artificially-large subsidies we demand. Aging boomers will need to tax the younger generations ever more heavily to subsidize their final years. But how long will the young tolerate such a burden? How long will they be able to withstand the strain? In 1950 we had 16 workers for every retiree; now we have 3.3. Over the next 40 years, that number will dwindle to 2!

As Crook points out, this phenomenon is not exclusively an American one. Across the developed world, people are having fewer children and they are living longer. Two things viewed separately as signals of progress – greater reproductive discretion/freedom and increasing longevity due to our ever improving health care technology – are working together to spell economic and other societal hardships for future generations.

On the plus side, it is likely that wages will rise as the pool of workers decreases. This is a basic principle of supply and demand. However, the burden on these individuals to support an ever increasing elderly cohort will likely negate any increase in salary.  And as our culture continues to move away from traditional family structures and the duties that go along with them, you can expect ageism to rear its ugly head as the young chafe at the burden of taking care of their elderly relatives and neighbors. A colleague of mine at the Center for a Just Society, Zachary Gappa, recently addressed [4] the intergenerational resentment likely to arise between retiring Baby Boomers and their Millennial grandchildren:

[I]t’s hard to imagine a future scenario that won’t involve significant generational resentment by the younger generations as they are forced to spend more and more of their own paychecks to support the elderly, whether through private payments for their own parents and grandparents or increased taxation. When faced with a generation (some of whom proudly declared that they were “spending their children’s inheritance”) not able to afford their own end of life care, how can the younger generations help but feel burdened and resentful? The world imagined in the 2007 satire Boomsday begins to look almost prescient. This resentment may be particularly true of Millennials who have recently graduated college in a tough financial hole, with large student debts and poor immediate job prospects. Their near-future outlook is already poor. Now tell them that they’ll need to spend a portion of their potential future gains on the very grandparents who told them “it would all work out.” Sure it’s possible that things will work out fine for most Millennials in a few years and they’ll come into great wealth and stability, but the picture right now is far from rosy.

So what’s to be done? The elderly will surely be cared for, one way or another, and this will likely involve significantly increased taxes. This seems unavoidable. Unfortunately, the higher bill is almost certain to produce significant resentment, which can trigger a push to legalize assisted suicide in more states and start talks to grandpa and grandma about their “quality of life.

Along these lines, you can expect the embrace of assisted suicide to continue and even expand to include not only the terminally-ill but the terminally-old, expensive, and unproductive.

Another concern involves the hot-button issue of immigration. There is already a suspicion of immigrants in certain sectors of the American population because immigrants – particularly of the undocumented variety – are willing to do work that some Americans won’t do, and willing to do virtually any job for lower wages than demanded by their American counterparts. As birth rates continue to fall and fewer workers are available to replace older retiring ones, the need for immigrant labor will only increase. This threatens to upend the theory that a shrinking worker base will cause wages to rise. It may only cause more employers to look across the border for new sources of labor.

We don’t know for sure how this is all going to play out, but numbers don’t lie and certain facts are indisputable. Crook sums up the situation aptly in the conclusion of his piece for Bloomberg:

It’s hard to believe that the past couple of decades have been as good as it gets. Yet, in one crucial sense, that’s the case. You can be more or less optimistic about technological prospects and the outlook for growth in productivity – I’m at the cheerful end of that spectrum. But there’s no denying that, demographically speaking, a golden age is coming to a close. We’ve barely even begun to think this prospect through.

It is hard to conceive how any society can flourish in the long-term without a well-balanced, multigenerational demographic and a culture that supports it. With our increasingly aging population, self-centered attitudes, high rates of abortion, and low birth rates, you can bet that our future will be fraught with tension and that the gap between the Boomers and the younger generations will widen in more ways than one.