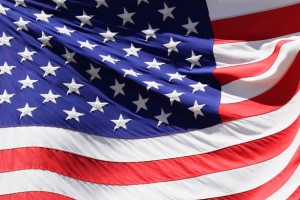 Dear Editor,
I am in my 70th year. Some of my little-minded bitter friends rejoice that America will be no more because it has been fundamentally changed.

Is this America no more?

My wife’s ancestor grandfather – a freed slave – was the first Texan wounded in the Texas War For Independence in 1835; and two of her other grandfathers fought in the Civil War. Is what they fought for dead?

I have heard from some, “If you see it in the eyes of your fellow Americans, hear it in their words, witness it in the reverence they have singing the National Anthem, in their respect for Old Glory, and if they believe it in their hearts, then it’s so.”
Please tell me the truth, is there an America any more?

Dear Guy,
Your little-minded bitter friends are wrong. They have been affected by the statism of a statist age and have been taken in by their own schemes.

Yes, Guy, there is an America.

America exists as certainly as love and generosity and devotion and true patriotism exist, and America makes possible for you and everyone here an abounding meaning, beauty, and joy.

Alas! How dreary would be the world if there were no America! It would be as dreary as if there were no Americans. There would be no faith in one’s fellow man or woman, no united country that is and has been a shining city on a hill, no place where still thousands wish to come and sacrifice everything to do so; because the hope for this America can move men and women to sacrifice all to be happy here.

If there were no America, there would be no hope for the world. The world would have no enjoyment, no place full-of-wonder as is America.

If anyone would succeed in destroying America or fundamentally changing it, the shining American light which fills the world would be extinguished.

Some have said America is the nation of a foreign religion. Guy, they might as well have said a dog’s tail is a leg, and therefore a dog has five legs.

Change America from being a Judeo-Christian nation? This would be like changing love to hate, glory to infamy, or light to darkness.

Not believe in America! They might as well not believe in goodness, and justice and love. America is the faith, poetry, love, care, courage, beauty, steadfastness, romance, and bravery that pushes aside tyrants and those who would alter or abolish her.  America proclaims the glory she has known, the glory she is today, and the glory she will know in years to come.

Is America real? Ah, Guy, in all this world there is no country so real, so good, and so abiding.

No America? Thank God America, the America your forbears fought for, lives and will live forever. A few foolish fools cannot change her. A thousand years from now, Guy, nay 10 times 10,000 years from now, America will continue to make glad the hearts of its citizens and be a place of justice, of courage, and of freedom.

Yes, Guy, There Is & Always Will be An America!